Halloween season has come and gone. No doubt you spent the holiday cramming candy into your candy-hole and dodging Harley Quinns and sexy Ken Bones. You probably also attended at least one Halloween party pretending to like the people you hadn’t seen since last year’s Halloween parties.

In an effort to alleviate awkward small talk at next year’s party, here’s a list of four board games that fit the theme just right.

Mysterium
Mysterium is a game about a bunch of psychics attempting to make contact with the ghost of a murder victim in an effort to solve the crime. One player assumes the role of the ghost, who is forbidden to speak. He or she will then try to get the other players to guess the method and location of the murder via a series of cards. It’s like Tarot meets Clue, and it’s wonderful.

The back-and-forth between the psychics as they attempt to work out just what the ghost is trying to tell them with the cards can be hilarious – and grating if you’re playing the ghost. The artwork on the cards is fantastic, and the theme is strong. It’s almost like conducting an actual seance without having to listen to Theresa Caputo make vague remarks about our dead uncle. 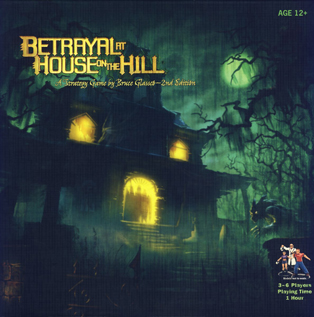 The big twist comes mid way through the game, though, when one player is revealed to be a traitor and suddenly turns on the rest of the table. He or she could suddenly become a Fatman-esque bomber, or the world eating snake Ouroboros. The catch is that nobody knows exactly who will turn, including the traitor. Betrayal is a tense game of exploration mixed with enough randomness to keep things unpredictable, and deserves a place at every Halloween party. 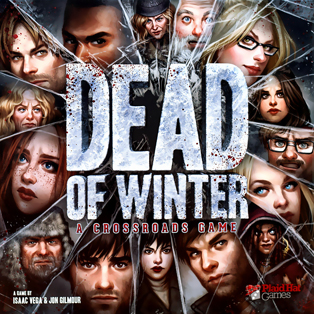 Dead of Winter: A Crossroads Game
If ever a game embodied the aesthetic and tone of The Walking Dead, it’s Dead of Winter. Players take on the role of survivors of the zombie apocalypse as they gather supplies, nurture (or destroy) their bonds with other player characters and, inevitably, stab each other in the back.

Each player has secret goals in addition to simply staying alive, such as ending the game while holding the most food or ammo. This lends tension to each game as you begin to suspect the other players of espionage. The play between self-interest and the interest of the group is a big part of the experience, and it does a great job of simulating The Walking Dead. And communism. 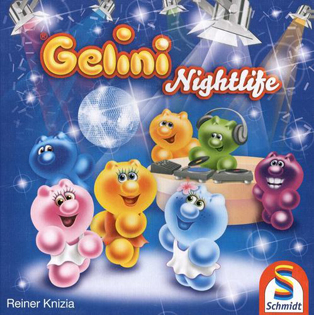 I don’t even know how to describe this game. It’s about a species of some kind of teddy bear abominations attempting to get into what I assume is a cocaine den. There’s no skill involved, the theme is stupid, and I just want to punch those dumbass bears in the their cuddly faces.

What could be more horrific than watching one of your favorite designers crap out this train wreck? Happy Halloween!

Betrayal at the House on the Hill, Dead of Winter, Gelini Nightlife, Halloween, Mysterium

Three Games to Play This Halloween