Urien, the loincloth-wearing despot with ten-pack abs is making a return as one of the DLC characters in Street Fighter V. Having made his first appearance in Street Fighter III: 2nd Impact as the tyrannical younger brother of Illuminati cult leader, Urien now attempts to hide his modesty under an ill-fitting business suit. He still looks every bit as detestable as ever, though.

His fights, on the other hand, are among some of the more memorable ones, especially when compared to the new crop of DLC fighters. Just take a look how Urien is pulverizing his opponents with his signature move, the Aegis Reflector:

The pummelling you may have just watched above isn’t attainable by wildly smashing on your controller or keyboard, and hoping that a projectile will suddenly erupt from your hands. Beating another person to a pulp takes practice, as well as a keen understanding of the game, human psychology and motivation, and the ability to think on your feet—often within seconds. It is probably more akin to a game of chess rather than the haphazard shooting frenzy of first-person shooters.

Unfortunately, this is also the reason why Street Fighter and other fighting games have a much steeper learning curve as compared to other videogames genres, such as role-playing games and walking simulators (and this is said with zero malice, by the way).

To be able to play fighting games well require a lot more than just a modicum of knowledge, and professional players typically devote hours daily just to familiarize themselves with their chosen fighter and move sets.

Conversely, my playthrough of Street Fighter titles spans about one hour each time, mostly involving Ryu hadouken-ing his way through the 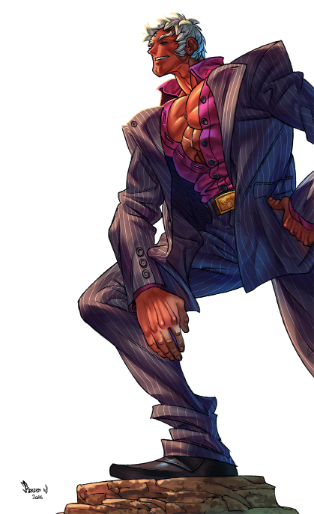 single-player Arcade Mode. Then I pat myself on the back for knocking out a target that’s barely moving.

So as much as I occasionally daydream about pulling off moves like those of veteran Street Fighter players, I much prefer watching battles instead, be it online or in person at gaming conventions.

The true beauty of Street Fighter—and by extension, fighting games—lies in two experienced opponents duking it out, applying their skills and strategies so that the other player would be lured into taking an ill-advised gamble, over and over again, until their life bar is depleted. This is the crux of fighting games, and it’s one that I’ll never be able to experience as an amateur player.

But please don’t follow my lead; I’m a lazy bum, and would much rather be a spectator instead. Plus, the fighting games community is always in need of more players. If you’re interested to join the greats but don’t know where or how to begin, Patrick Miller at Shoryuken had written a beginner’s guide to fighting games. Maybe I’ll see you at a tournament one day, too.

A Night in the Mines

How Video Games Can Be Helpful During The Pandemic
Previous Post

Hate to Lose, Love to Win