Hi all, Ian here. I’m going to do something a little different with my section of LWC this week. I wanted to write a little about my experience with Marvel Unlimited. Before that though, I want to mention that 4 Kids Walk Into a Bank # 2 is in your stores today and you really should grab it. Writer Matthew Rosenberg and artist Tyler Boss level up in this issue. The issue is full of videogames, chemistry and some good old fashioned breaking and entering gone horribly wrong. 4 Kids Walk Into a Bank # 2 drops today and your shop better have the second print of # 1 if they know what’s good for ‘em!

I love buying new, original creator owned comics but I also like delving into the medium’s history but back issues A) are expensive and B) take up a lot 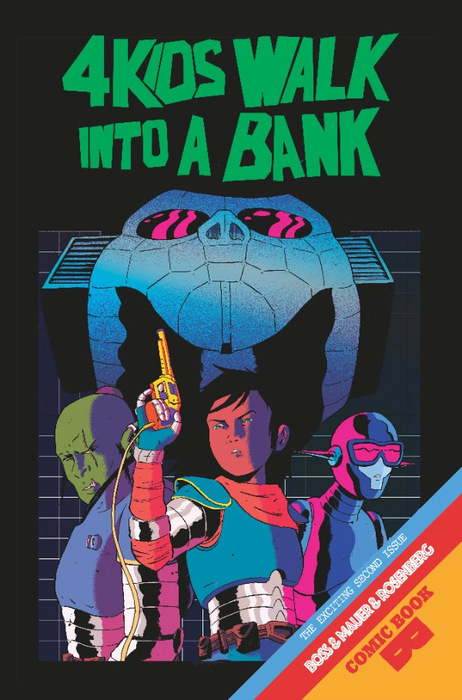 of space. It’s a conundrum. As an iPad owner, I decided to take the digital plunge and give Marvel’s Marvel Unlimited subscription service a shot. I opted for the $69.00 annual package instead of $9.99 a month and so far, it’s been a solid investment. There are a lot of classic Marvel comics on there. This app has the whole Lee/Kirby Fantastic Four run, the whole Walt Simonson Thor run, most of Chris Claremont’s classic Uncanny X-Men run and they add more every week.

If you’re looking for new comics, it’s not the app for you. They work on about a 6 month backlog. That’s great if you’re 6 months behind like I am and you’d rather drop $4.00 on a creator owned gamble than a corporate-owned cape comic.  It does provide a chance to check out a comic you wouldn’t otherwise shell out $4 bucks every 3-4 weeks for. I just finished reading the newest Contest of Champions and Ultimates series and Al Ewing, Paco Medina and Kenneth Rocafort are making some damn fun Marvel comics! I mean, any chance to read Punisher 2099 and Adam the Blue Marvel monthly is a treat.

So, I dig it and I think I’m going to make delving into the app a semi-regular feature in Last Week’s Comics. Maybe I’ll revisit the Clone Saga or Acts of Vengeance? What do you think, Dear Reader?

Last week, I praised Creepy Quarterly for its retro feel but posited that including more modern storylines would elevate it into something truly special. Well, ask and you shall receive, apparently, because writer and artist Rich Tommaso’s She Wolf is a horror book that trucks in 80s slasher tropes while being unafraid of assigning modern subtext to the story of a teenager’s (possibly) supernatural transformation.

The first issue introduces protagonist Gabby, a high school student with a Material Girl fashion sense (albeit just this side of Satanic), who’s recently 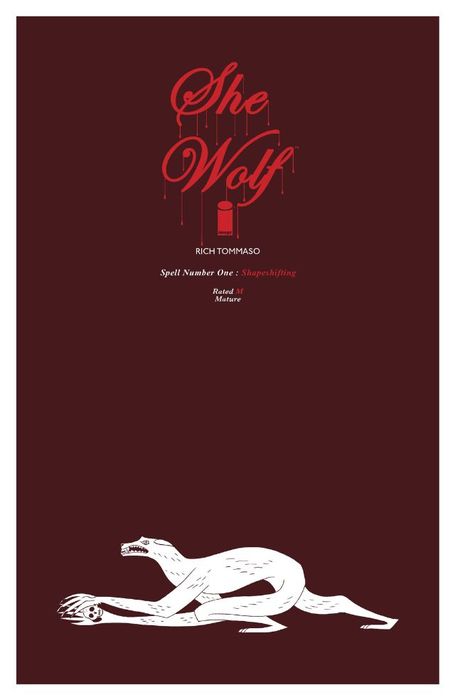 Tommaso’s color choices help to delineate somewhat what’s real and not, with some scenes awash in red, others in streetlamp-lit blue, still others in a full, if sun-faded, spectrum of color. The nighttime tends to be more vibrant than Gabby’s experiences during daylight hours, as befits a werewolf story, though real vs. unreal doesn’t easily track with day vs. night, nor is it meant to. If I’m being honest, even the benefit of several reads hasn’t convinced me of a single actual werewolf’s existence in this story – nor, I’m sure, is it meant to.

So, it remains too early to be sure of exactly what’s happening with Gabby, though all of us can agree that transitioning from teenager to adult will always be rife with horrific metaphors, perhaps especially for girls. There’s an exciting trend in modern horror stories of taking common psychological fears to surreal and supernatural extremes, especially in regards to the inner workings of women’s lives and minds. Interesting subtextual seeds regarding male/religious authority, awakening sexuality, and the madonna-whore complex have already been planted in She Wolf‘s story, and I’m excited to see what fruit they come to bear.

The explosion in popularity of Deadpool is something I really haven’t addressed in my years of writing reviews for this column, as this is my first time reviewing one of the thousands of comics featuring “The Merc With A Mouth”. In the early 90’s he was a random X-Force villain that was a few years away from the creative tweaks that would elevate him into the phenomena that he is today. At the time of his first appearance in New Mutants #98 a number of recently introduced cool and “to the extreme” characters were very popular in the comic book world, Gambit being one of them. To see a comic series where Gambit and Deadpool face off and potentially team up 25 years later immediately made me think of my youth reading comics, and also how I would have never predicted how insanely popular Deadpool would become, while Gambit barely registers in the world of the X-Men any more. This first issue featuring both characters is fun, but I feel it misses some things while trying to be wacky.

I know of writers Ben Acker and Ben Blacker from their podcast work. While I only listened to a little of the show that they wrote on called Thrilling 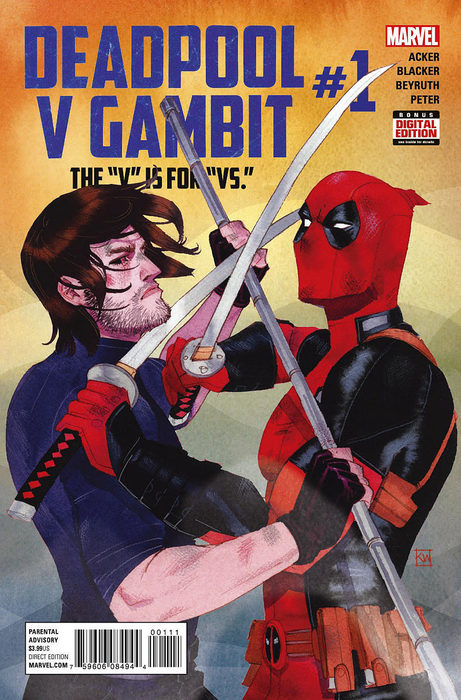 Adventure Hour I did listen to the Nerdist Comics Panel podcast, and it can be a fun time. This is the first of their comics that I’ve read. While their comedic writing works well for Deadpool and surprisingly for Gambit, it sometimes gets way too bogged down in gags and weighs down the flow of the overall plot. Deadpool and Gambit run into each other on line for coffee, and have a flashback to a heist they worked on where they fought each other while dressed as Daredevil and Spider-Man. By the end of the issue it looks like they’re being recruited for another heist.

I honestly would like to see a humorous heist story starring these two characters. One thing that Acker and Blacker understand and utilize is that Gambit and Deadpool are skilled dummies. While they’re both good at what they do they aren’t known for being mental juggernauts. At the same time Deadpool is a mercenary and Gambit is a thief, so the likelihood that the two of them may be hired for shady underworld jobs is pretty high.

What I don’t want to see is a comic series that’s a gag platform, with special appearances by Deadpool and Gambit, which is more what this issue felt like. Gags in this issue like the hipster market fell flate for me, only because the joke went on and on and had nothing to do with the main story. I don’t read most of the current Deadpool comics because there are just too many and I don’t have the money, so I’m not sure if this is what comics featuring Deadpool are like these days. I notice a lot of my favorite comedians and comedic writers are working on these other Deadpool series, so maybe that is the case. It seems to me a series like Marvel Team-Up would be a better showcase for these type of silly stories, since I can’t imagine still wanting to read a gag-filled plotless comic for more than 2 issues.

Of course this is only the first issue, and it does introduce a bigger plot going forward. I like the art by Danilo Beyruth a lot, and feel like it matches the light tone set in this issue appropriately. We see a lot of exploding objects being hurled at Deadpool, and Beyruth’s art reflects the cartoony nature of Deadpool’s healing ability vs. Gambits exploding powers being like a Wile E Coyote and Roadrunner situation. If Deadpool is the lead or one of the leads of a comic there’s always at least a slight haze of wackiness in the air, and we’ve seen that this is how Deadpool himself sees the world, even if the reality is grim and violent.

Although he’s been around for over 25 years I feel like there are still more places to take Gambit. Sure he’s a bit of a leftover from the extremities of the 80’s and 90’s but he’s still salvageable, unlike unpopular X-Men characters from that time period like Maggott or the backwards ballcap-wearing Adam-X. I’m hoping that some of the backstory elements of this character can be utilized, and things like his ridiculous accent can be downplayed or even joked at. If anything I see this issue as an intro, giving us examples as to what is going to be featured going forward. If the actual plot of this miniseries starts with issue #2 then I think we’re in for a fun ride.

4K Will Devour Your Hard Drive