The five year run of dynamic duo Scott Snyder and Greg Capullo on Batman has finally come to an end. For all its highs and lows it’s hard to deny that pair produced a strong, consistent run. Over the last year the two have pushed Batman to its limits, shown his weaknesses, and now, finally, are gracefully walking away.

Snyder has never been afraid of exploring the mind of Batman and Bruce. Bruce has always been driven to be Batman in an impossibly obsessive way. Snyder drives this point home relentlessly. When a power outage sweeps through Gotham due to a small tremor, Batman is at a loss. Certainly the city is in crisis but this isn’t a case for The Batman. It’s a job for a few civil engineers and the electric company to get the power grid back up again. In the process, Batman skulks around the city in his shiny new suit, assaults an innocent man, gets insulted over his choice of purple cape, and then skulks some more. And not always in that order.

To be honest, nothing at all really happens, and that’s for the best. Being a story about a blackout, it’s fascinating to see the way that light and dark 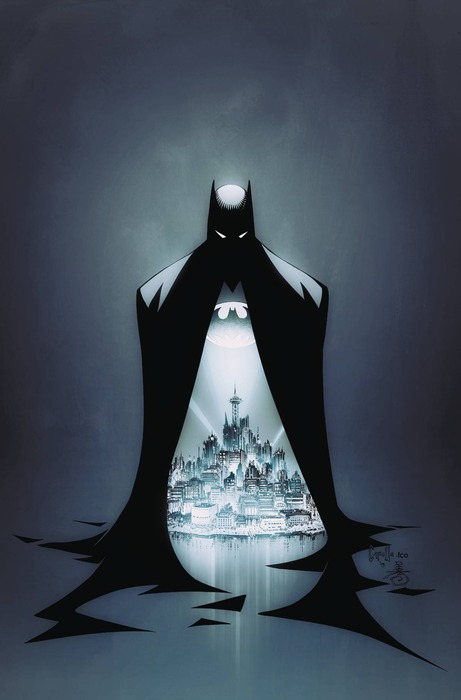 play with one another. Snyder takes the opportunity to explore the many faces of Gotham; it’s different sides. He stops short of any duality, but with a pall cast over the city so soon after Mr. Bloom Snyder shows that there are facets to Gotham, and each catches the light differently to make one cohesive object.

Instead, Batman #51 brings menace back to Gotham. Though the night is quiet, the threats are very real. An attempted breakout at Arkham reminds readers that the Riddler, Mister Freeze, Poison Ivy, Scarecrow, Killer Croc, Bane and Clayface are just waiting to be free. Across the city, Black Mask, the Penguin, and Great White Shark wait to make a big move. Below the city, the Court of Owls bides its time.

All over Gotham danger lurks, but none of it comes to pass. The slate is reset for the next team. Capullo’s artwork, however, is full of references to a deep Bat-history. I’ve always been a fan of how Capullo interpreted the Batsuit and I’m an even bigger fan of the way that he interprets some of the most iconic panels in this swan’s song. Few artists work so diligently to make a story where very little happens pop in the way that Capullo has. It’s a testament to how well he and Snyder work together. In a story about understanding “who/what is Gotham”, Capullo and Snyder demonstrate how well that they know each other.

I’ll certainly miss Capullo and his work. I always appreciate restraint and this was a book in which Capullo was able to flex his muscles in that regard. Though the redesigned Batsuit is colorful and new and shiny, Capullo doesn’t take every opportunity to show it off. Batman is still himself, and Capullo understands the value of showing the suit and also reducing Batman to two white eyes.

Batman #51 feels like the end of the beginning in many ways. With the stage reset for mischief and an upcoming relaunch it gave me the sense that it
was a slow exhale after a long, hard fought, race. A quiet night well deserved by Caped Crusader and creators alike.

This comic is delightful.

The Unbeatable Squirrel Girl is one of the most consistently hysterical comics on the market. Ryan North and Erica Henderson delivery the goods 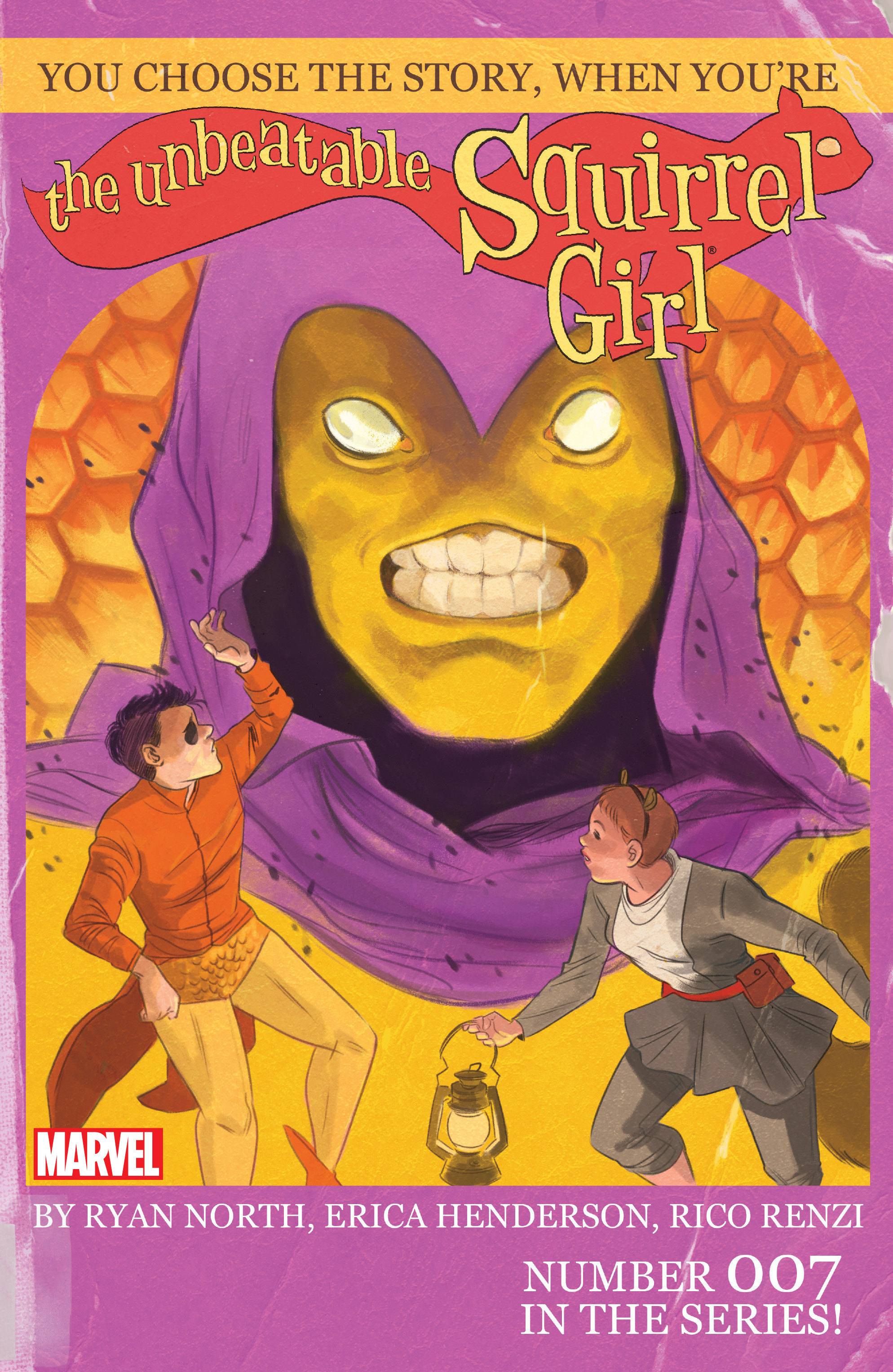 with every issue.This is not news. North and Henderson outdo themselves with this issue though. In this issue, they dare the reader to not just read the adventures of Doreen Green, they dare us to be the Unbeatable Squirrel Girl!

The Unbeatable Squirrel Girl # 7 is a Choose Your Own Adventure style story that puts the reader in control of Squirrel Girl’s life for a day. The issue begins with Doreen encountering a supervillain by the name of Bonehead. He’s holding up the farmer’s market. From there, the reader has a choice – punch Bonehead or unleash some squirrels on the putz. Depending on your choices, you could head down a road that leads to Swarm (a dastardly villain made of telepathically controlled bees) and his dreams of world domination or they could lead to Lovecraftian horrors or heck, they could even lead to death by boredom.

North and Henderson’s synergy is absolute comic perfection! They replicate the feel of the old Choose Your Own Adventure books, including my feverish turning of pages after making the “wrong” choice. I put the word wrong in quotes because there aren’t any wrong choices per se. They’re all delivered with the precision of a Groucho Marx one-liner. North and Henderson make this herculean effort of comedic genius look simple.

The Unbeatable Squirrel Girl # 7 is my favorite single issue of the year thus far. ‘Nuff said.

Bonus! If you already read this comic and want an extra dose of Squirrel Girl, her guest spot in All-New Wolverine # 7 is pretty great. That book wasn’t on my radar, but Tom Taylor has Doreen’s voice down pat!