Something never sat right with me when it came to JRPGs. Technicolor haired protagonists running around a world map and saving the day, fun! Ridiculous plots involving cosmic monsters, cool! Microsoft Excel style interface? Well, XCOM is equally an offender, so let’s not get semantic. It was strange, I could just never place what my problem was. Until recently, I mean.

One of the few JRPGs that I still hold close is Final Fantasy 9. And imagine my elation when my favorite “tailed human” protagonist popped up in a surprise remake on Steam a few weeks ago! This is where I was finally able to pinpoint my weird discomfort with the genre.

In the original game, characters were dropped into your party and it was up to you to noodle out their basic traits (age, race, place of origin). Now you’re now presented with a splash screen upon meeting them. It’s kind of an OKCupid profile, only you with facts on things like their dominant hand. Honestly, knowing Japan’s fetish for unnecessary information on their RPG characters, I’m shocked blood type and birthday aren’t present.

And while birthday isn’t here, their age is, and this is what is so irksome: I’ve been playing a band of teenagers!

Okay, “Ha ha, Jeremiah is shocked that you play a bunch of tweens on a JRPG, derp.”, I realize that’s not much a revelation. It’s honestly the status quo. The screwed up thing is that I feel like now I see the code when it comes to JRPG characters.

Let’s take our wry, devil-may-care protagonist, Zidane, for example. He’s a young, confident thief  who has seen the world and pulled some major jobs. He’s been getting in and out of sticky situations for years now, and is always smarter for it, even if there is still some youthful naivety there. As we see above, Zidane is 16 years old. That bio doesn’t sound like a kid preparing to get his driver’s license, but it does sound like someone that’s 26. 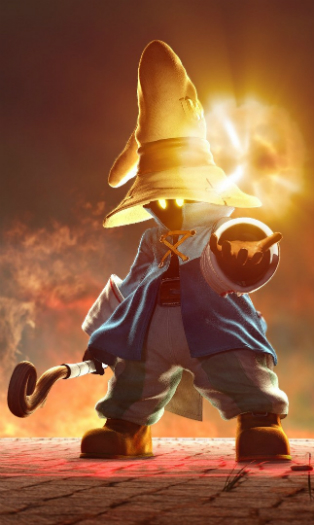 How about Vivi, the black mage? A quiet, shy kid trying desperately to figure out who he is, and hopefully find his place in the world. Vivi goes through some real development, and finds strength he didn’t know he had. He is also 9. That doesn’t sound much like a 4th grader, but that sounds a hell of a lot like the struggles of a 19 year old.

Eiko! A very young girl who everyone is shocked to learn has been making it on her own. She grew up fast, and now uses brash attitude to hide her loneliness and hopes to have a family again. Eiko is 6. Let’s skip a step, and I’ll just say that she sounds like a teen from a broken home trying to make the best of a bad situation. A 16-year-old teen.

It is uncanny! Try applying it to your JRPG of choice; whatever the character’s age, they act, and are characterized, as though they’re 10 years older. Whether they’re a teen acting grown up, or a character in their early 30’s being ridiculed as old.

It makes sense in a way. When I was 16 I wanted to imagine myself as a cool, acrobatic character like Zidane. Now that I actually am 26, though, I’m more interested in drinking coffee and giving my dog liver medication. And this is where my cognitive dissonance lies. A kid, presented as an adult, to kids, who want the perks of being an adult, while still being a kid. (I checked the flowchart, that makes sense.) There are just too many contrivances in JRPGs for these characters to feel natural.

Or at least that’s how I’m going to rationalize it to myself. The reality is probably that I’m just becoming a stuffy old man who’s angry he lost his youthful energy. Now excuse me, the pup needs his metronidazole.

A Great Story and a Good Fluke
Previous Post

Ask Me About PWR BTTM, But Don’t Tell Mom