When my sister was 6 or 7 years old, she was probably better at Darby the Dragon than anyone else in the world. She played it every day, slipping it into any of the free hours she had that weren’t already being used for re-watching Mulan. She knew the optimal order for every action and the words to every song. Every day was a speedrun sing-along.

I’m about 9 years older than my sister, so when her obsession hit I wasn’t primed to love an edutainment point and click game about a green dragon (the lamest dragon color. All the really fly dragons are red, just like with lightsabers) who has to unshrink his sister by singing as many songs about fairies as possible.

I didn’t like Darby the Dragon, but I wanted to know if today’s lot of edutainment games could live up to it, so I asked my sister why she had gotten so hooked on the game in the first place. She ticked off a bunch of reasons: the colorful, hand-drawn art style; the impact she could have on the world and on its characters; the rhymes in the songs; and the toad character. Especially the toad.

Then I collected a random sample of kids’ games online (avoiding potentially non-terrible titles like the Lego and Scribblenauts series) and criticized the crap out of them, using my sister’s love of Darby the Dragon as the base-line. 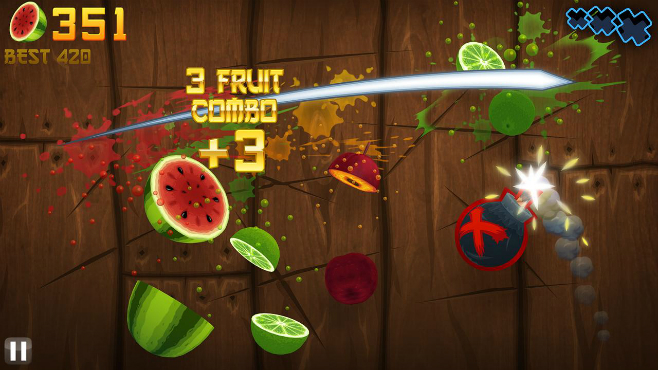 Fruit Ninja gives you the incredible swordmanship powers of a ninja. Then it lets you attack fruit.

It’s not all that colorful and there are zero songs, but kids seem to love this shit, probably because all right-thinking minors hate fruit and want to be ninjas. The only thing that could be more popular than this is Vegetable Iron Man (premise: it’s time to teach carrots a lesson for not being Mars bars).

It lacks any discernible sense of progression or achievement, yet it’s still incredibly successful. All you get is a magical sense of being really good at swiping your finger across a screen. For that alone, I hate it. 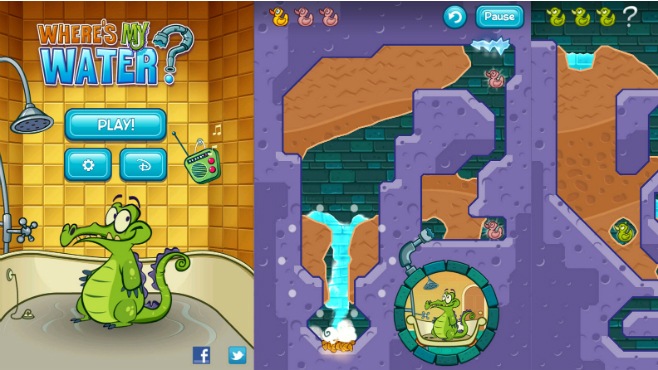 The intro video is too static, the puzzles probably take too long, and it shows a shocking disregard for the crucial role water supply professionals play in water provision. The cartoon alligator is good though, and the puzzles get harder at a sensible rate. I’d have enjoyed it as a kid, but it could do with more toads singing annoying songs about love and friendship and berries.

Actually, it’s not very annoying at all. I’d play this with kids, if I didn’t have to steal them from the park first. 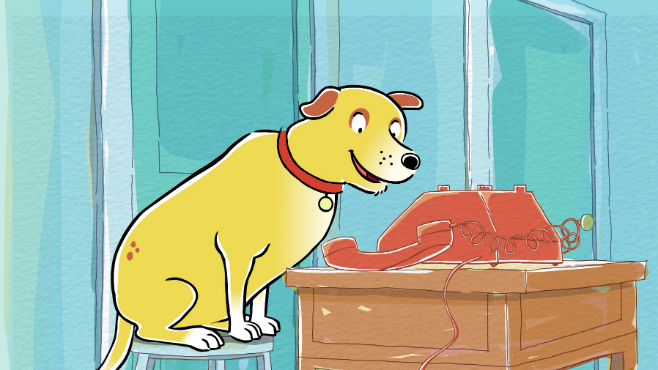 The PBS website is full of games about dogs. Dogs playing instruments, dogs doing journalism, dogs hunting for camcorders in the park. One of them can talk. I don’t know the backstory, but I don’t think it matters.

Some of the games, like the one that lets you create a band with barking dogs as lead singers, could be fun for a minute, but I can’t see any of them holding anyone’s attention for very long, no matter how underdeveloped their brains. The cartoon graphics are more insipid than Darby the Dragon’s too, and the games are full of anti-cat propaganda, which any self-respecting tween should see right through. 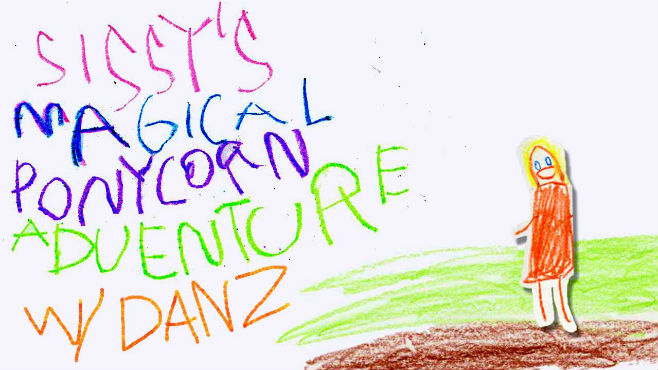 This game was actually made by a 5 year old at a game jam (with her dad). It’s about a little girl who has run out of Ponycorns – a type of animal that’s part pony and part unicorn OBVIOUSLY – and has to go find some more.

This game does not need a review. Its plot is the review.

No. It’s basically nonsense. The art has literally been drawn by a 5 year old with crayons, its dialogue is 50% non-sequitur, and the puzzles make even less sense than the dialogue.

The world of Sissy’s Magical Ponycorn Adventure is populated by a tiger, a dinosaur and an evil lemon. The dialogue includes lines like “that’s not a ponycorn – it’s a goat on a pole. That’s weird.” and “That’s what you get for being evil! AND a lemon!” It has, more or less, null educational value.

It’s the best and wins this article, even though it’s not a competition.

Declan Taggart is still struggling to come to terms with not being a ninja, pirate or dinosaur. If you’re going through the same thing and would like to show him some solidarity, please find him on Twitter @NonsenseThunder.