Sometimes when something drastic happens in your life it feels like your personal timeline is bifurcated. On one side is your life before The Incident, and on the other is your life after. It could be something as big as a wedding or as small as a chance meeting with somebody on the street. But no matter what you do, you’ll never be able to go back to the way things once were.

That feeling, and the yearning to return to a previous time that often accompanies it, is what We Need To Talk About Kevin is about.

We Need To Talk About Kevin is split into two narratives, separated by time, but following the same person. The first follows a pretty typical horror structure: Tilda Swinton is a bedraggled mother who seeks to understand her distant, possibly sociopathic son.

The second, which is shot more like a psychological thriller, shows the aftermath of a disaster that we haven’t seen yet, offering resolution for a conflict we don’t know is there.

This interweaving of both tension and release gives We Need To Talk About Kevin a surreal feeling. Within the span of minutes you see Tilda Swinton as a commanding and confident mother, then as a nervous wreck who is insulted and degraded by her former friends and neighbors. Seemingly strange events plague her, and devoid of context, several scenes take on an air of visual allegory (including one actual visual allegory; the opening scene of the movie).

Through the climax, all of these scenes finally have the context they need to place them within a cohesive chronology. However, the climax is not a massive, unpredictable twist; it is exactly what you expect after an entire movie of allusions and foreshadowing. 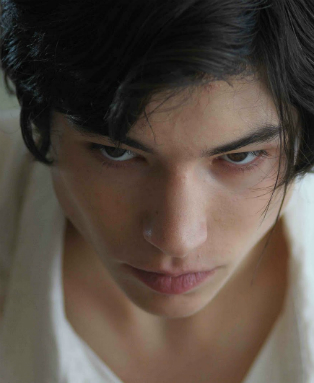 It’s to We Need To Talk About Kevin’s credit that there are no surprises, in fact. You can figure out what is going to happen at the climax fairly early, which allows you to focus on the people it affects rather than figuring out the big reveal.

We Need To Talk About Kevin is not surprising, or especially scary, or anywhere close to fast-paced. It’s a ponderous and artfully made movie that inexorably draws its characters into a tragedy beyond their comprehension, which changes their lives forever. But despite that, it’s still hopeful. We may walk away from a major life event changed and seemingly broken, We Need To Talk About Kevin tells us, but in the end time allows us to eventually process and come to grips with it all.

Ninjas, Talking Dogs and Ponycorns: the Legacy of Darby the Dragon