Is there anything that male filmmakers enjoy more in their gritty action films than rape? Just a little act of sexual violence to propel your high-brow action film into awards season. With the acclaim riding high, two films in particular are guilty of this act of cinematic brutality: Tarantino’s Hateful Eight and the Leonardo DiCaprio vehicle The Revenant. Both used rape as a device to further the plot, to create dramatic tension, or as an opening for another piece of violence.

The rape scenes were both products of the films that they were scripted into. Like the rest of The Revenant, the rape was a stark act in picturesque winter beauty, punctuated with the sounds of grunting. The rape in The Hateful Eight walked that fine line between “shot for comedy” and discomfort, a Tarantino hallmark if you’re familiar with a similar scene in Pulp Fiction.

Coming out of this, I was struck about how common it is for Tarantino to write a rape scene – in part because the death of the rapist feels deserved later, but also because it’s a trope of the materials that he’s referencing. It can be incredibly difficult to find a good B or C grade Grindhouse flick that doesn’t feature the brutalization of women, so it’s unsurprising that it’s another narrative element that is in his toolbox. Perhaps he feels that by having the rapists then bombastically explode in a fetishistic orgy of blood his audience will feel catharsis. It’s more likely that he doesn’t care what his audience feels at all, because he’s Tarantino. 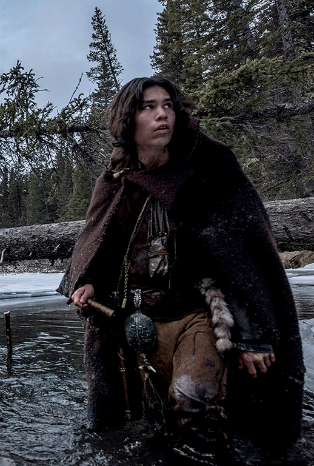 The question of catharsis is an interesting one. Spoiler alert – neither rapist in either film survives the movie. But was the violation of Powaqa made better by her perceived vengeance? I don’t want to write that the rape scene was made better by the castration that followed, but there is vindication to be found in his blood streaked thighs. There is comfort when “bad people” are punished, but it is a hollow victory.

Is the rape in The Revenant more troublesome because it is against a First Nations woman? In a movie that uses native actors as the vehicle for the plot of its white leads, to then create a character whose sole purpose is to be raped seems bizarre in light of some of the crushing statistics about Aboriginal women and sexual assault (the Ottawa Rape Crisis Center reports that  Indigenous women reported rates of violence, including domestic violence and sexual assault, 3.5 times higher than non-Indigenous women.)  While the film gamely managed to star and incorporate the talents of many First Nations people, Powaqa’s purpose in the plot is to be repeatedly raped and kidnapped, to castrate her attacker and to be the reason for why her father is at the conclusion of the film.

If there had to be a preference between rape scenes, and let it never be said that that is an easy sentence to type, The Revenant’s raw brutality was a less objectionable choice than the violent glee featured by Samuel L. Jackson in The Hateful Eight. While Jackson’s stated purpose was little else than “killing white men,” his laughing rape was as stomach turning as it was casually presented. Tarantino’s career has been defined by likeable bad guys (Beatrix Kiddo is an assassin, and most everyone in Pulp Fiction and Reservoir Dogs is some form of crook) but turning one of the only likeable characters in Hateful Eight into a wide-smiled gun-toting rapist with a “big black dick” was one of more off-putting elements in an off-putting film. 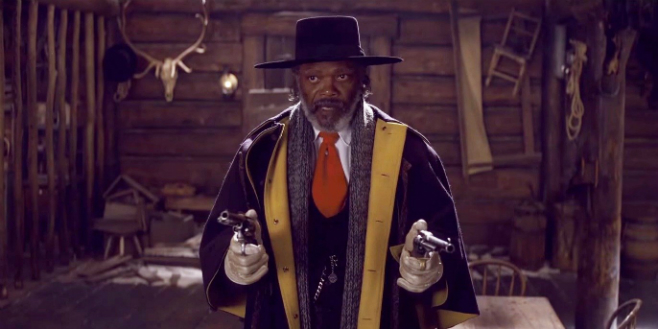 Content aside, the presentation was such that several people laughed during the scene – which seemed to be the clear intention. The person being attacked was a former Confederate soldier, come to kill the good Mr. Jackson and was a racist to boot. His defilement was presented as deserved. This makes it ultimately confusing in the sense of the aforementioned catharsis. Is the audience meant to feel better when Jackson dies because he was a rapist?

It’s easy to dismiss these scenes out of hand as “just movies,” but this is the laziest form of media critique. As both of these films have been nominated multiple times, their cultural power has been commodified and established. Their presentation of rape, be it gleeful violence or terrorized brutality, is worth noting and discussing. These films are worth noting because the rape is an act that occurs to the injured party for the development of a main male character: a manic pixie rape. These acts teach us nothing about the attacked, but merely serve to build plot for the “more important” character.