For as long as mankind has loved Mark Hamill, it has also faced its greatest foe: properly preparing for non-stop marathons of Mark Hamill movies. Until now, when a new Hamill film has been released, we have been alone. Who helped us program the running order for our Mark Hamill Movie
Marathon in honor of Walking Across Egypt in 1999? No one. When Tom and Jerry: Shiver Me Whiskers destroyed the Tom and Jerry animated made-for-video motion picture market, where was our Grand Master to lead us through the Dagobah of marathon dietary options? No-god-damn-where, that’s where.

With that in mind, I have created a guide based on the knowledge I have gleaned over what feels like a lifetime of binging on Mark Hamill movies (I did it once, but it felt really, really long). This is the only, and therefore best, Mark Hamill Movie Marathon How-To guide on the internet. Together, with its few simple guidelines, we can get through the wait for Star Wars: The Force Awakens.

Sacrifices
A Markathon can be lethal without intensive preparation and planning, but before you even get to that stage, you have an important decision to make. Are you going to insult him and everyone you love by not 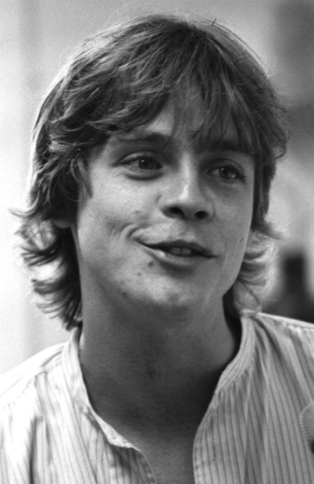 watching every single one of his films in a row? Or are you going to Hamill the fuck up and pay proper tribute to this legend of screen, stage and joystick?

To properly respect this blessed man, you’re going to have to make sacrifices. In Silk Degrees alone, you’re going to come up against dialogue and acting worse than anything you’ve ever witnessed, but you will have to push through that. You must train yourself to let go of everything you fear to lose. A Half-Markathon is not enough.

It will be impossible to find, never mind watch, every movie Mark Hamill has ever made, but did Mark Hamill falter when he had to hit the impossibly small exhaust port on the Death Star? No. He did the impossible, saved the universe and inspired millions. You will never be Mark Hamill. You will probably never even be like Mark Hamill – his mustache is too damn lustrous for that – but that doesn’t mean you can’t watch all of his movies.

There are, of course, any number of ways of arranging your marathon, the most obvious of them being chronologically, alphabetically and by facial hair. Ignore these. They are too dangerous and could result in extreme death.

A chronological approach puts The Raffle and Silk Degrees beside each other and that means ignoring the second single most crucial element in any Mark Hamill Movie Marathon. Likewise, ordering by beard means watching all the films in his mustache period back to back and that’s just too much rogue detective/CIA agent/soldier to make it out alive.

No, you need to play it clever. Among the dross and Star Wars of Hamill’s filmography are woven some truly great films, like The Big Red One and Kingsman: The Secret Service, and a few under-rated curiosities, like Corvette Summer and Slipstream. Spread these out. Incentivize your watching. Reward yourself for a Sleepwalkers with something more bearable like Jay and Silent Bob Strike Back.

Start and end on a big film – one that teases you with promises of the great performances and strange fictions to come and another that is unforgettable enough that it provides a suitable finish to your binge. I recommend just watching Slipstream twice.

Prepare the room. You will need blankets, food and a chamber pot. Remove anything that might distract your concentration, like a phone, laptop or loved one. There are no guarantees that others will comprehend what you are doing, even those who make empty promises about liking and understanding you. After the first 17 hours, they will want to open the curtains or empty the chamber pot. That is a failure. That is letting Hamill down. You can only do this by yourself. I sent my girlfriend out of the country. It was the only way to be sure.

I know. I thought mankind could survive on Hamill alone too, but I was wrong. Apparently we need Mark Hamill, oxygen, food and water. Oxygen is easily taken care off, but food needs planning.

Anything involving cooking is clearly out, and you should avoid anything that is high in fiber. You only have the chamber pot. You need something that will keep you going but won’t kill you if you’ve been made weak by carelessly pairing Tigger and Pooh and a Musical Too with Midnight Ride. I survived on tea and stale chocolate rolls, but every body is different and you may want to think about a low-residue diet. This is normally prescribed after bowel surgery or for illnesses like Crohn’s disease, ulcerative colitis and not watching Mark Hamill films.

This is the third single most crucial element of your marathon. When 3000 years from now aliens land on the remains of an Earth they have 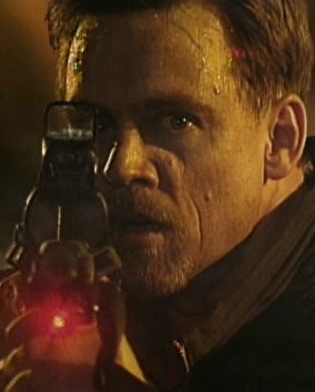 unthinkingly obliterated, what will history have called Hamill’s great contribution? Skywalker? His 20+ year voice-acting role as The Joker? Or his
visionary support for video games as formative as Gabriel Knight: Sins of the Fathers, Full Throttle and the Wing Commander series?

Be creative in your worship. Don’t limit yourself to films. Consider snacking to a 1977 TV advert about birth defects or incorporating a Wing Commander III: Heart of the Tiger Let’s Play video to break things up a bit. He’s done a lot of good TV and theater work. Don’t discount anything. It might be what gets you through the dark moments of your marathon.

This really depends on how many Mark Hamill films you have seen before besides Star Wars.

You might actually expect Hamill to be a gifted actor, but personally I had no idea before I started my 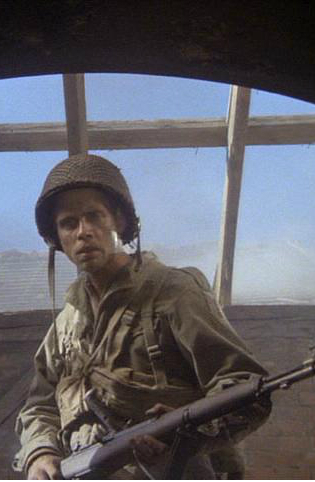 own Mark Hamill Movie Marathon. (I’m just a huge Slipstream fan.) He was good enough in The Big Red One that no one would have spat out their Rancor Blood if he had been nominated for an Oscar. He frequently outshines higher billing cast members in less-than-perfect films like The Night the Lights Went Out in Georgia and Britannia Hospital. If he’d been presented with better choices, or made them himself, everyone might realize that he can play more than the heroic ingénue and maverick something-or-other roles that he’s known for.

For maximum enjoyment, don’t expect him or his films to be good. If you can be surprised by the quality of The Big Red One and Star Wars, that’s going to make this thing a huge success.

If I have to leave you with a final piece of advice, it is to remind you that you aren’t alone any more. With these guidelines, the moral support of Mark Hamill himself and a rock-solid chamber pot, no Mark Hamill Movie Marathon can fail.

Tanis: Restoring Mystery to the Internet