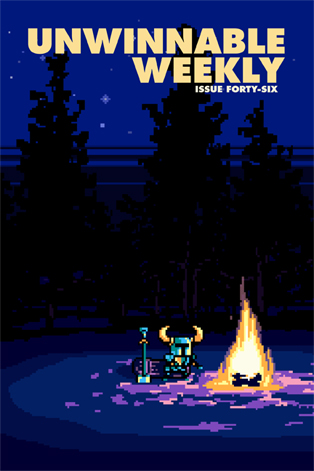 Welcome to Spira, where God is pissed, the church is lying to you and we’re all going to hell in a hand basket. There land is threatened by Sin, a giant floating monstrosity that will destroy your village and kill your family with hurricanes and tsunamis, seemingly on a whim – natural disaster given a body. So it goes in Final Fantasy X.

The church assures the people that the only way to overcome it is to trust in the teachings of Yevon. Repent sinners and your sins shall be washed away. Sure, they’ve been at it for a thousand years to no avail, but you never know. This year feels lucky.

Power corrupts and absolute power corrupts absolutely is the well-worn mantra that forms the narrative bedrock of Final Fantasy X. It isn’t the first game in the series to set its sights on religion and the powers that direct the flow of belief. Yet FFX is one of the most damning critiques of organized religion that you’ll find anywhere in the medium. The Church of Yevon is an all-encompassing power which, through its teachings, can control every aspect of people’s lives. The status quo must be upheld above all else and any deviation from the text is actively discouraged.

Spira is trapped in a cycle of death and destruction where the only tools available are blind devotion and a faint hope for the future. One simply cannot go against God’s will. The world, despite its colorful locales and blitzball-obsessed inhabitants are locked within a perpetual dark age.

It should be noted that pinning down when the Dark Ages occurred in Europe remains incredibly difficult. The moniker began as a way to separate the period from the end of classical antiquity to what was seen as the modern era at the beginning of the 19th century. Back then Protestants used it to decry what they saw as Catholic corruption, until critics in the Enlightenment era simply expanded this to damn the concept of religion as a whole as the antitheses to learning and culture.

With this is mind, Final Fantasy X is clearly drawing on the most generally accepted idea of the Dark Ages, which is more in line to how Enlightenment thinkers viewed it, a period of cultural and scientific deterioration under religious rule. In a sense the player’s role in the game is to vanquish God and bring about the Enlightenment.

One of the vehicles for said change to take place within the game is provided through a sect known as the Al Bhed. In historical terms, this group could be interpreted to represent what is considered the Islamic Golden Age. If we look to Europe as a place of stagnation through the lens of the Enlightenment, the Islamic world was the complete opposite of this.

Perhaps not surprisingly, historians also argue about when this took place and for how long. Yet this doesn’t take away from what the period achieved, with a list that reads like the greatest hits of human civilization:  the democratization of information, freedom of expression, advances in medicine, mathematics and the scientific method – even the presence of universities with salaried scholars and philosophers.

From the outset, the game marks the Al Bhed with a distinct otherness. They are quite unlike the other inhabitants of Spira. Their appearance emphasizes their use of machines, something that is forbidden by the church. They don utilitarian jumpsuits, while masks and goggles adorn their faces. This is what has made them outcasts; Yevon has forbidden the use of machina, as they were used as weapons of war long ago. It is said that Sin is punishment for such hubris.

This is merely a tool that the church uses to discriminate against anyone who does not line up and accept the world faith. Later in the game, players journey to the heart of Yevon at the palace of Bevelle, and here we learn that the church is not as opposed to machina as we have been led to believe. The warrior monks wield rifles and flamethrowers, the palace’s defenses consist of robots and artillery pieces. The temple of the faith within the city, the holiest of holy, has machines and computers embedded within the very structure of the sanctuary. It is here that the hypocrisy of the church is laid bare.