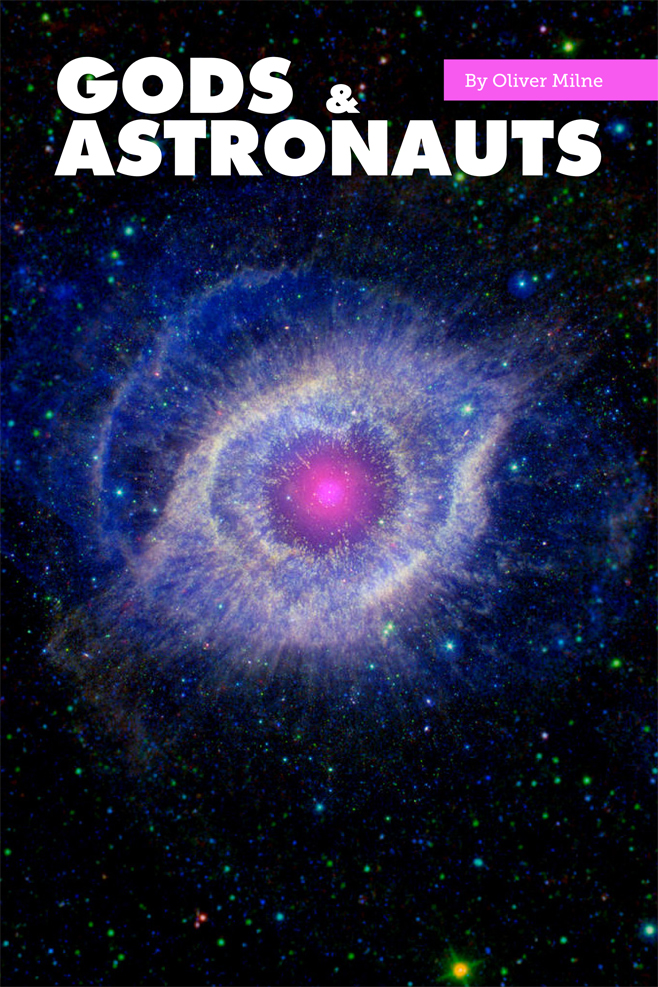 How do we know what we really believe in? Sometimes it is clear from the moment we first ask the question, and we can simply stand up and say, ‘I believe in – democracy, or the Resurrection, or the inevitable coming of Communism. Other times, though, our real beliefs can lie hidden – only showing up through the gaps in our thinking that they silently fill.

Roger Launius, senior curator at the Smithsonian National Air and Space Museum, was NASA’s chief historian for 12 years. While he was there, he noticed something strange about the way the organization justified itself to the US Congress. “People would ask us the question, ‘Why are we doing this?’ And the answer, most of the time, was, ‘Well, it’s going to take a rocket that is this big, that can lift this much payload and with astronauts being able to survive for a certain period of time…’ – which doesn’t answer the question. It doesn’t answer the ‘why’ question.” When pressed, he says, the reasons they came out with were strangely weak. “I’ve heard NASA spout their, you know – it’s this ethereal thing – that ‘It’s human nature to explore and that we’ve always crossed the river and crossed the ocean and climbed the mountain and did all that kind of stuff’ – which is just plain baloney.” There’s something missing here, he thought. “What are we trying to do?”

The theory he arrived at is that the drive for human spaceflight is a kind of religion. “I used essentially the criteria for the definition of a religion used by the Internal Revenue Service,” he says. “When you look at those criteria, you see they map very nicely onto beliefs about spaceflight.”

“In the context of religion,” he continues, “there’s always some sort of salvation message, whereby humans will accept something that is not provable – that’s a faith statement – about their ultimate fate. You can see the same with spaceflight – although it’s not an individual salvation mentality, it is a species salvation mentality: ‘getting off this planet will ensure that humanity will not become extinct here when it is no longer capable of surviving on this planet’ […] There are saints, there are martyrs, there are sacred spaces that exist […] All are part of the religion of spaceflight.”

He’s not the only one to make the connection. Thore Bjørnvig, a Copenhagen-based historian of religion, has been working on the religious aspects of space travel for a decade. “I basically came from the comparative study of religion and stumbled across this,” he says. “I came across something called the Search for Extraterrestrial Intelligence, and I thought, ‘What the hell? Are people actually looking for aliens?’ And the more I began to study these things the more I began to think that – ‘Hey, this is quite weird,’ […] I began to see that there were quite a lot of things that I stumbled across where I thought ‘Well, this sounds extremely religious to me,’ but nobody seemed to be able to see that it was religious.”

The Overview Effect, space author Frank White’s 1987 magnum opus, is probably the most significant attempt to present an argument for human space colonisation, and is, for Bjørnvig, one of the standout examples of this hidden religiosity. “The whole reason why he has written this book is to present the ‘greatest argument ever’ for spaceflight. And The Overview Effect is basically a religious tract, in my reading,” said Bjørnvig. “As Frank White so meticulously portrays in his book, the idea is that this view [from space] is somehow extremely privileged and it will be transformative of the human spirit and even Earthly civilization. It will set in motion an evolutionary revolution, you might say, that will end up turning the whole universe into one intelligent self-conscious being. And, I mean, to me, it’s very difficult not to think of this as basically mystical, religious-mystical thinking, about uniting everything into one godhead.”

Oliver Milne is a PhD student and sometime game designer from Newcastle-upon-Tyne, UK, who spends most of his time trying to prove computers can’t think, and the rest of the time daydreaming about spaceships. He lurks on Twitter @oliver_milne.

You’ve been reading an excerpt from Unwinnable Monthly Issue 96.