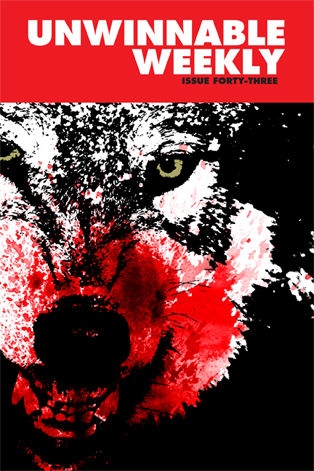 I discovered Faith No More the same way I learned about a lot of bands in the late ‘80s – I saw a photo of James Hetfield wearing one of their t-shirts. That technique also turned me onto Primus, creating for me a trinity of SF-based bands that wasn’t just about thrash. The local bands Metallica turned me onto were heavy and weird.

I copped The Real Thing on CD at the Camelot music in the Coral Springs Mall. Camelot was maybe the most expensive place to buy music back then, but that’s because they had a deep catalog – they were the kind of place that would stock The Real Thing before it had a hit single.

After falling in love with the band I went to Uncle Sam’s and bought their debut record, We Care a Lot, on cassette, which was the only way to get that record. The band was new enough for me at the time that I didn’t have a problem getting used to original vocalist Chuck Mosely. In fact, as a bus riding, skateboarding teen, who spent many weekend in Pompano, I connected with his line, “Ninety five cents? Fuck you, I’ll skate to the beach and look better getting there!”

“Epic” was pretty much the band’s only real hit. And, apart from “We Care A Lot” it’s the rap/rockiest song they’ll record. There was a minute when the taste I’d developed couldn’t square with the image of Mike Patton doing that white boy hip hop thing, but lately I’ve come to realize that one of the things that keeps me enamored with Faith No More is that their sound seems oblivious to musical fashion. People might copy them, but out of the gate Faith No More sounds like nobody else.

I watched every Faith No More TV appearance. I used to have a VHS tape with all of them on it. That means I had like two hours of the band playing “Epic” over and over and over again. With, maybe, five or six “Falling to Pieces” at the tail end. Back then, singer Mike Patton would usually quote a popular pop song, like Technotronic’s “Pump up the Jam,” at the tail end when the piano part came in. Patton did that so much that some people have attempted to catalog and collect all the mini-covers they’ve ever sung. That element is one of the things I miss the most about Faith No More’s live show. Patton was pretty playful back then, probably because he was bored singing the same songs over and over. Nowadays I guess he’s the kind of guy who would bristle at the notion of having a shtick, so the interludes are way more sparse.

I drove from Fort Lauderdale, where I lived, to Orlando to see Faith No More open for Billy Idol. Back then you could get decent concert tickets in other cities without standing on line, so we were in the first twenty rows or so. The Orlando Arena crowd was largely disinterested in the band, but we were pretty jazzed and, therefore, the only people on the floor that really knew all the songs. Billy Idol shot a video for the boring ass song “Prodigal Blues” that day, so we had to sit through that tune like three times. We drove back South and watched the band play the Miami Arena soon after. This time from the nosebleeds.

On that tour the band did a promo for the local radio station. Since there was war on and gas was expensive, the station did one of those stupid things where they give you gas for the price of their frequency. People lined up for the cheap gas. We came to see the band. I was pretty bummed that Patton and drummer Mike Bordin didn’t show up, but I got a pretty good picture with keyboardist Roddy Bottum.

(My hair was in an awful in-between haircuts phase)

You’ve been reading an excerpt from Unwinnable Monthly Issue 43.