Well, that was exhausting. 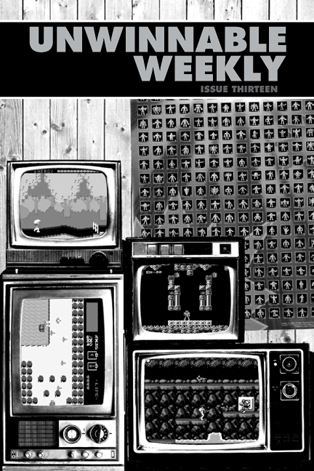 I just spent the better part of an hour tweeting some of the things I love about the game industry (you can find them under the #GameDev and #GamePride hashtags). This was, in turns, terrifying and exhilarating. Terrifying because it isn’t easy addressing the internet like that. Exhilarating because it was nice to embrace the positive for the first time in the last few weeks.

Don’t know what I am referring to? Bless your heart. I won’t be the one to ruin that blissful ignorance. Suffice it to say, recent events have made me furious, aghast and gobsmacked in equal parts. Right now, though, I want to talk about some ways to make things better.

For starters, there is a lovely open letter by Andreas Zecher you should read. The gist is simple: the gaming community as a whole should not tolerate harassment in any form. If you work within the industry, I encourage you to sign it. If you don’t, I encourage you to pick a few names at random and explore their work. It is basically a massive index of incredible creators.

Next is the hard part – doing something about it. Open letters are nice, but if you sign it and let that be the end of it, nothing is going to change. That means reporting harassers (any easy push of a button, in most cases) and supporting their targets. The latter can be tricky. Leigh Alexander wrote an excellent guide filled with helpful dos and don’ts. They are tailored specifically to online sexism, which is appropriate since the overwhelming majority of online harassment I’ve witnessed targets women. In the broadest sense, though, they’re a good starting point for thinking about how to support anyone on the receiving end of threats and harassment.

Let me be perfectly clear: being anti-harassment is not a political stance. It is a matter of basic human decency. No one, no matter their gender, race, creed, culture, religion, no matter how different they are from you, no one deserves to be targeted by hate speech and death threats. No one.

There are some other things you can do, too. You can support independent creators on Patreon (Cara Ellison, Rowan Kaiser, Scott Nichols, Kris Ligman, and Jenn Frank are just some of the Team Unwinnable writers on the service, and there are dozens more writers, artists and developers out there you can throw some bucks at). You can always be searching for new ways to learn and expand your experiences – the more ideas you are exposed to, the more empathy you’ll find you have.

Finally, you can focus on the positive. Go on, step up to the Twitter masses and tell someone why you appreciate them or how they’ve inspired you. Tell the world about your first game, your favorite game, the people that you play with, the people you’ve met. Tell us how games changed your life.
Because I can tell you, every single person who contributes to Unwinnable has had games change theirs.

In this issue, Matt Marrone reports from the 2014 Newport Folk Festival and Gus Mastrapa delivers the latest installment of Dungeon Crawler. Meanwhile, Owen R. Smith gets angry at the unjust world we live in and I muse on my life of gaming.

As always, send your letters to stuhorvath@unwinnable.com.

This is a reprint of the letter from the editor in Unwinnable Weekly Issue Thirteen. You can buy Issue Thirteen individually now, or purchase a one-month subscription to make sure you never miss and issue!