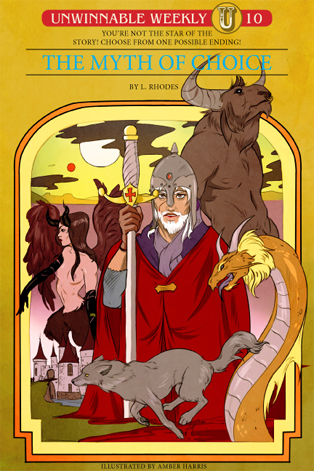 A couple decades ago, I was at a They Might Be Giants show in some god awful club down the Jersey Shore. I don’t know what I think constitutes the perfect venue for They Might Be Giants, but this place, all decked out in teal and beach-flavored douchery, was not it.

About halfway through the set, someone near the stage started to throw himself around, his arms flailing wildly. John Linnell stopped playing and let the accordion sag out a mournful fart as he grabbed the microphone. Head cocked to one side, he asked what everyone else in the room was thinking: “Are you really trying to mosh to a They Might Be Giants song?”

The guy, who was obviously drunk and now the star of this drama, at least in his own mind, attempted to say something clever in reply. I don’t remember what it was. Linnell stared at the guy for a long moment and said, “We’re not Pantera. Just relax.”

The crowd cheered in response. As if noticing us for the first time, Linnell looked out and said, “Everyone is way too excited tonight. Why don’t you all sit down on the floor and relax a bit, too.”

The audience didn’t know what to make of this. There was some awkward laughter, but no one sat down. Having seen the state of a floor after a show, I can understand their hesitation. The band remained silent. Linnell gave it another moment, then said, “We’ll wait. Go on, get comfortable.”

This time the audience plopped down almost in unison and stayed there.

What a week this has been so far: the madness in Ferguson, Robin Williams’ death, Christy Mack’s assault, not to mention the ongoing troubles abroad in the Levant, Iraq and Ukraine and the dozens more I am forgetting or never knew about to begin with.

The stories, taken on their own, are depressing and exhausting, but as the news cycle presses on, we have to process the reactions. Then the outrage at the reactions. Then the outrage at the outrage, and on and on and on. Here’s the militarized police engaging peaceful civilian protesters and trampling on the First Amendment. Here are the people who think Mack’s profession as an adult film actress somehow made her complicit in her savage beating. Here’s the twisted filth who posted Robin Williams’ autopsy photos to his daughter’s Twitter feed.

For every positive, thoughtful voice, there are a dozen more people shouting at the top of their lungs. The conversation as it currently stands on the internet is one long shriek of rage and frustration. I understand anger, its white hot purity – but how can we come to terms if we all, always, have knives in our hands?

I am tired of shouting, and being shouted at, of flailing, of hoping vainly for change. Instead, I am taking John Linnell’s advice. I am sitting down over here and I am going to quietly work on Unwinnable, something that, hopefully, in some small way, will make the world a happier, brighter place. Or at least my corner of it.

If you’d like, you can come sit down and have a chat with me. There’s plenty of space on this floor – everyone else is out there, caught in a mosh.

This week we only have three stories for you, but they are quite long and thoughtful. First off, Jill Scharr plays Pokémon Crystal tries to catch ‘em all. Literally. Next, Brendan Keogh has a lengthy conversation with the extremely talented game developer Zoë Quinn about her life and work. Finally, in our cover story, L. Rhodes ponders the origins of the Choose Your Own Adventure gamebooks. I hope you dig it.

And, as ever, drop me a line at stuhorvath@unwinnable.com if you have any questions, comments, or just want to talk.

This is a reprint of the letter from the editor in Unwinnable Weekly Issue Ten. You can buy Issue Ten individually now, or purchase a one-month subscription to make sure you never miss and issue!

Choose Your Own Adventure, Pokémon Crystal, Robin Williams, They Might Be Giants, Zoe Quinn