“I need to tell you something” says David, pulling me aside as I move to leave the bar.

“What?” I ask. “A way by force,” he repeats, spoken with a hint of the dry bark of the iconic character he voices in one of gaming’s most popular series. “It’s our family motto. We’re probably related, so I want you to know it.” 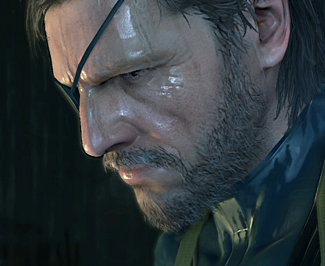 In the dim, boozy light of this comedy club basement, I half-imagine seeing an eye patch-shaped shadow strewn across half his face. He is, after all, David Hayter – the voice of Solid Snake, main character from Hideo Kojima’s legendary Metal Gear Solid games. Well, until he was unceremoniously replaced by Hollywood middleweight Kiefer Sutherland.

Still, I’m pretty elated at this point to be meeting the man behind the eye patch.

That’s because every few weeks for the last six months, my two friends (Mike and Ben) and I have gathered together to play through the Metal Gear Solid games, sussing out how and why Kojima’s war opera has become one of gaming’s most canonical texts. We’ve dubbed these nights DINNER GEAR. If it weren’t for the booze, greasy food and ration packs of Doritos, I’m not sure if I could make it through them.

Tonight, in town directing a film about werewolves (because why not), David Hayter has made a cameo appearance at the Comedy Bar in downtown Toronto, accompanying a videogame-themed comedy troupe that turns live-played games into improv sketches. He arrives late due to a delayed flight. “Snake’s off a plane!” chirps my friend Ben. It’s strange that we’re in a comedy bar talking about MGS and cracking jokes, because I can’t think of a game series that is any less deliberately funny.

Supermodels who survive by eating dead bodies. Wine-sipping bomb experts on roller blades. Double-crossing villains possessed by magic limbs. The world of Metal Gear is a weird one. Since the first game in 1987, there have been more than 25 different sequels and remakes of this series that has so often pushed the boundaries of taste, humor and political metaphor. Some might say gameplay, too.

I’ve just never quite “got” Metal Gear. Despite having played and beaten most of the games in the primary series (Metal Gear through to Metal Gear Solid IV), the series has meant little more to me than a series of grunts and meaningless exclamations of things like “Dead Cell?!”, “Outer Haven?!” and “FOXHOUND?!”. To me, creator Hideo Kojima’s direction of the series is constantly overshadowed by his taste for the bizarre and creepy; ranging from the questionable (why are porno mags a serious game design feature?) to the straight-up offensive (a mute, bikini-clad sniper named Quiet who can only communicate in soft “uhs” and “ahs”). 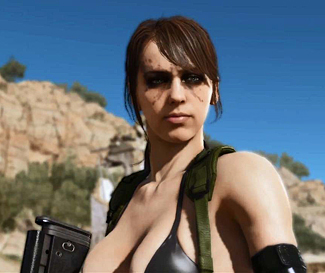 But still. If you read into the backstory of the Metal Gear universe, there’s a meticulously-crafted world to discover. Convoluted, contrived and confusing as hell – yet even so, something adventurously detailed enough to tickle that playful part of our imaginations. From the Cuban Missile Crisis to a fictionalized Guantanamo Bay, Kojima nests his alternate reality of cyborg mysticism in a thick soup of Western military history that somehow manages to be both fascinating and banal. As such, I find myself in a constant battle of opinion.

Is Metal Gear the product of an ingenious artiste demonstrating against-the-grain creativity, or the simple answer to the question: what happens when you give a 15-year-old Japanese schoolboy $70 million and a videogame studio? Does it exist beyond hype, as IGN froths, deserving at least 11 out of 10? Or a 12 perhaps? To sum: How can a series that is so bad be so good?

And so it was with these questions and the spirit of adventure that three guys set out to explore the Metal Gear Solid series; drunk, tired, sweaty and coated in the dusty leavings of Sweet Chili Heat, we embarked on several evening adventures called DINNER GEAR.

We began with the fourth Metal Gear Solid if only because we knew it to represent Kojima at his most ludicrous: a title that holds two Guinness World Records for longest cutscenes in a game; an interactive cinematic experience where one of the primary characters takes a shit in a barrel.

By now, most of MGS IV is a blur of giant robots with weird high-heeled human legs making “moo” sounds and Solid Snake wrestling his bare-chested nemesis Liquid (well, Liquid Ocelot, but fuck if I’m going to explain that) atop a nuclear vessel while oddly inappropriate pop music plays. A trip of peaks and valleys, Mike, Ben and I go from the excitement of riding shotgun on a motorbike through the streets of Eastern Europe to the sad realization that, for parts of the game, we can simply walk Snake forward to finish a level.

Ultimately, it’s almost all crap, but somehow a lot more disappointing than the game we all played during the hype of the PS3’s launch in 2008. Were we just younger back then? Looking through rose-tinted CRT screens, thinking of PlayStation and soda pop? More willing to look past the silliness, thanks to HD visuals and high production values? Maybe.

After that came Metal Gear Rising: Revengeance. After half an hour, the three of us were convinced we had discovered the “secret” best Metal Gear game. The opening level’s boss fight sees protagonist Raiden climbing a barrage of missiles in slow motion, shot out of giant dinosaur mech Metal Gear RAY, before he slices the robo-creature’s body in half as a blazing sun bathes the scene in golden light. It’s fucking glorious, but it doesn’t last. By the game’s end, we’re shouting “WHY?!” as a cyborg American-football-playing-hard-hitting-CEO called “Senator Armstrong” quotes Martin Luther King before having his synthetic heart ripped out and whispering, “We’re kindred spirits, you and I” in Raiden’s ear. My eyes had rolled so far back inside my head that I could almost see the nanomachines at work.

Not to be dissuaded, the final DINNER GEAR experience saw the three of us tackle the recent Metal Gear Solid V: Ground Zeroes. Rather than describe the game – at this point, my spirit is too broken to even take notes – I present a selection of abridged commentary from fellow DINNER GEAR-er Mike: 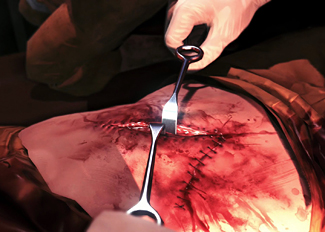 On gameplay improvements:
“Wow. You did it. Metal Gear is actually a game now. Well done, Kojima. Though I guarantee it wasn’t you who designed any of this.”

On game design talent:
“I can think of a lot of people who have amazing lives, in contrast to how talented they actually are. Kojima is probably the winner of them all. All he does is make games that don’t make any sense.”

On Kiefer Sutherland voicing Snake:
“It doesn’t work, because he’s the only one who is actually acting. I don’t think anyone else got the memo.”

On plot trajectories and character connections between games:
“I guess everybody is just someone else’s dad.”

Sigh. Ground Zeroes is certainly better at being a game than its predecessors. It has its moments. At times, Kojima surprises with his apparent sense of smarts. The musical refrain from Ground Zeroes, “Here’s To You,” was originally written for the 1971 film Sacco e Vanzetti, about a pair of Italian-born anarchists unfairly convicted for murder by the U.S. in 1920. It’s a nice underpinning of the game’s exploration of people who use anarchy to fight governmental oppression – and are then punished for it (in the form of quasi-legal institutions like Guantanamo Bay). It’s a playful mixture of high and low art. Hardly Warhol, but it kinda works, right?

Then there are the many, many other times where we can’t ignore Kojima’s apparent mental vacuum towards basic codes of social correctness. Revengeance’s “hero” Raiden is constantly referred to as “Jack the Ripper,” a serial killer best known for raping and murdering women. I’ve already mentioned future head-shaker Quiet, everyone’s favorite mute half-naked woman. In Ground Zeroes, the whimpering, child-like woman Paz we’re tasked with rescuing has a bomb forcibly inserted in both her vagina and stomach. YouTube “date with Paz” to see even more disturbing weirdness from Metal Gear Solid: Peace Walker. And that’s just the rampant misogyny. This incongruity between artistry and perversion is something that, through handfuls of chips and dips, the DINNER GEAR crew found hard to stomach. 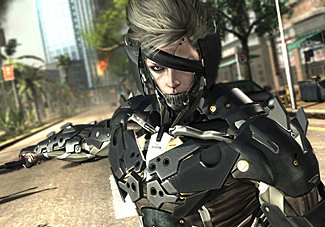 Clearly, there’s a lot of garbage in Kojima’s well of ideas. We didn’t get to the bottom of it, and damn us if we can’t force ourselves to stop looking.

So where does this leave us? Surprisingly, and against the odds, excited for the next Metal Gear Solid game. And I can’t explain why. By putting ourselves through the fire pit of endless Metal Gear, I hoped we would tire ourselves out, and thus earn an escape from Kojima’s ludicrous world.

Metal Gear might be as ridiculous as getting drunk with David Hayter at a comedy bar on a weeknight, but like a family motto, it’s so hard to escape tradition. Even if that tradition has its ugly sides.

Rookie of the Year: Huh? What Did You Say Again?