Rest assured, I will return in a fortnight with more of the usual Rookie of the Year fare, possibly centered on my trials and tribulations with wearable fitness technology, beginner’s yoga classes and As-Seen-On-TV Perfect Bacon Bowls… or any combination of the three. But this week, I have to clear my columnist’s notebook of something that was recently left on the cutting room floor. 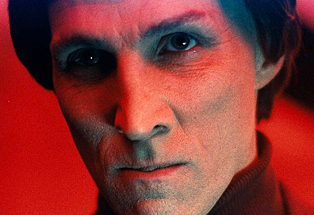 You see, I watched this glorious, fucked-up movie – and I’ve got to tell you about it.

Two weeks ago, I wrote my incomplete and undiscerning guide to found footage horror and sci-fi films. And perhaps I’ve been watching so many B-movies lately I’ve lost all sense of perspective when it comes to judging motion pictures.

It’s either that, or Beyond the Black Rainbow is the most exciting film I’ve seen in years.

Maybe you’ve caught Panos Cosmatos’ 2010 feature already, but it was new to me when it popped up as a recommendation on Netflix. The title and poster art were intriguing enough, as was this summary:

“When telepathic teen Elena flees the mysterious facility where she’s been imprisoned her entire life, her unbalanced therapist – enraged by her escape – relentlessly pursues her in this trippy homage to 1980s sci-fi thrillers.”

As it turns out, it’s a film that is sometimes incomprehensible, sometimes maddening and even sometimes ridiculous.

But from start to finish, Beyond the Black Rainbow, for a myriad of reasons, is absolutely mesmerizing.

I read in a few places that Panos, in making BTBR, was looking to capture what it was like growing up in the world of 1980s culture and film, of walking into a video rental store as a child and imagining plots based on box art for R-rated movies his parents wouldn’t allow him to see.

And perhaps it is his realization of that goal that makes BTBR so appealing. 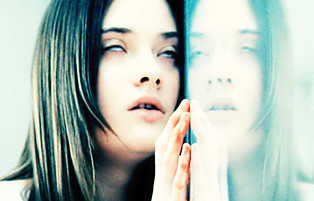 “The whole thing was put together in a stream-of-consciousness way. I was dealing with the grief and regret of losing my parents in some strange, abstracted way. I was also looking at the ’80s and what happened to the baby-boomer generation, and its connection to the ’60s, because there is a connection there.”

Indeed, the movie is a glimpse back into the early ’80s – it’s set in 1983, the date being the first thing you see on-screen, though the set mixes in a Kubrickian vision of the late ‘60s, too – but instead of nostalgia, it conveys the same sense of wonder one might have felt imagining a similar dystopia as if it still were 1983. In much the same way that Ti West tries to recapture a fragment of the decade’s soul in House of the Devil, BTBR brings you back to a bygone era; but unlike House of the Devil, BTBR doesn’t just recreate a period genre piece – it twists itself into something that still very much feels like a modern movie.

Because Beyond the Black Rainbow plays with nostalgia while clearly fucking with your head, it’s as if you’ve entered a world that’s familiar – but you’re experiencing it for the very first time.

Dr. Barry Nyle, played by Michael Rogers – a Christian Bale look-alike – is a psychopathic protégé of the mysterious and demented Dr. Mercurio Arboria. Arboria kicks off the film with a Lost-style 1967 filmstrip infomercial about his Arboria Institute, a New Age research facility and healing center, where Elena is ultimately kept hostage. It’s a seemingly once-harmonious place where, by 1983, Dr. Arboria is slowly dying in his office, electronica steadily throbs and hums and a benevolent-looking glowing crystal pyramid is used by a deranged Nyle to keep a heavily-sedated Elena’s psychic powers (mostly) in check.

The red, white, blue and orange filters, and the music – which should be allowed to burst out of your speakers in all its Moog glory – set a mood that is only broken when Nyle leaves the facility and goes home to his wife, Rosemary, who seems either near-catatonic or just plain clueless and helps accentuate how Nyle’s psychosis ranges from menacing to pathetic and back again.

Elena desperately wants to see her as-yet-unidentified father, but all she’s allowed are sessions with Nyle (who can only be referred to as a doctor in the vaguest sense of the word), brief interactions with Margo (a nurse-like figure) and some TV watching. Elena also clutches her only bit of contraband – a photograph. When there is an attempt made to take it away from her, well… let’s just say I wouldn’t recommend fucking with Elena’s photograph.

There is also a zombie and robotic humanoids with creepy children’s faces that chase her through the labyrinthine facility as she attempts her escape. 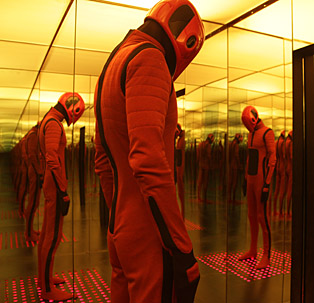 I’d rather not say any more about what happens in the film. It’s hard enough to explain, even after two viewings (with more certainly to come; it’s definitely better the second time around). You’ll likely either love it or hate it – particularly the ending, judging on negative reviews I’ve since read online – and I’d be loath to guess into which camp those among you will fall.

Still, I will add this: I have no idea what Cosmatos’ next project is, if any.

But I will be among the first in line to see it.

Matt Marrone just found a zip file online claiming to be the BTBR soundtrack. Can someone please release an official version, preferably on vinyl? You can follow him on Twitter @thebigm.

Movies, Rookie of the Year