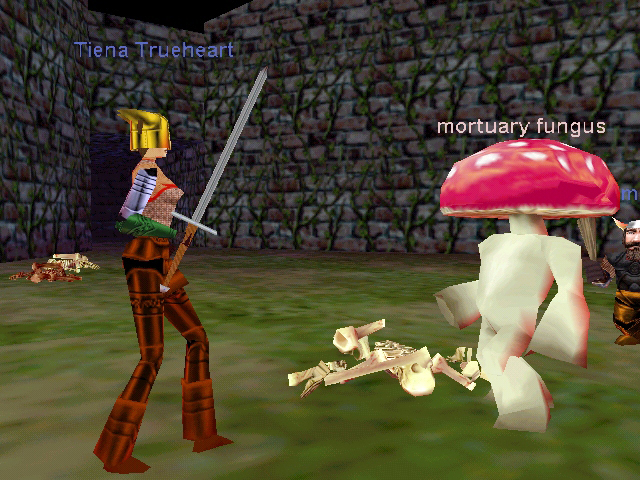 When last we left our intrepid heroes, they were journeying on into the history of MMOs. As you’ll recall from last time, we were about to—what’s that? You didn’t read Part One yet? Sigh. OK, click here and catch up. We’ll wait…

Now that we’re all on the same page, let’s quest on.

Ultima Online launched in 1997 and was the first game of its type to measure its player-base in the hundreds of thousands. At its peak, Ultima Online was bringing in a monthly subscription for over 250,000 users. Other companies quickly took notice and began development on their own MMORPGs. Consequently, we saw numerous new titles from 1999-2003.

Some of the prominent ones that launched during this time were Asheron’s Call, the player versus player (pvp)-oriented Dark Age of Camelot, sci-fi games Anarchy Online and Eve Online and the first console MMOs Phantasy Star Online and Final Fantasy XI. The preeminent game to emerge was EverQuest (EQ), which launched in 1999.

EverQuest drew inspiration from traditional roleplaying games such as Dungeons & Dragons and the early text-based multi-user dungeons (MUDs). It pushed the envelope in terms of character customization, allowing players to create an avatar from among fourteen classes and a dozen races. Thousands of players were drawn to EQ’s unforgiving dungeons, intricate item crafting system, and massive open world named Norrath.

The game was a huge success and was nicknamed EverCrack in reaction to the massive amounts of time players spent slaying the creatures of Norrath. Though there is some debate surrounding the number of subscriptions that EQ had, it’s safe to say that over 400,000 treasure-hungry fans were signed up at its peak. Its popularity has kept the game running to this day and heralded an unbelievable seventeen expansions. Seven-frickin’-teen.

While EQ did a lot of things right, it wasn’t all puppies and flowers. The game could be merciless, complicated and downright difficult. Trust me when I say that while I love a good challenge, when frustration outweighs the fun, there’s a problem. Like many roleplaying games, in EQ you kill monsters to accumulate experience points. When you get enough experience points, you 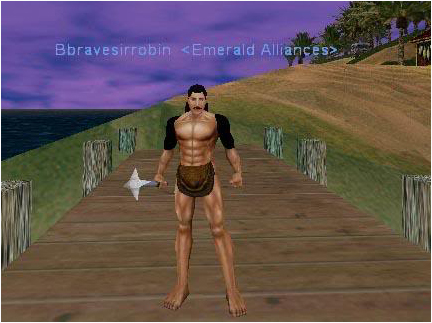 gain a level, which in turn unlocks new spells and abilities. EQ added a steep penalty to your experience points every time your character died. In addition, if you lost enough experience points you could actually lose a level and the abilities that came with it. After each death your character reappeared without any weapons or armor and you were subjected to an infamous “corpse run” to get your possessions back. So basically, you die because you encountered a creature too powerful to beat and now you have to get past it without any weapon and armor. As you can guess, one death usually led to many. You could literally play the game for several hours and actually end up worse off than when you started. Thus the phrase “level grind” was born, and to this day it describes any level progression that feels more like a chore than something fun.

Diehard EQ fans found the challenge rewarding – I found it obnoxious. It was like being at an amusement park and waiting on a snaking line in 100-degree weather for a rollercoaster that lasts 42 seconds. In other words, for every short burst of fun there’s a healthy dose of suffering. I played EQ for seven months and never reached the max level. While many of my friends continued playing, my time in Norrath was over.

By 2004, there were dozens and dozens of MMO titles hitting the market: City of Heroes, Star Wars Galaxies, Runescape, EverQuest II, Ultima Online 2, etc. Each of these games had a different theme or gimmick that they marketed as a way to draw in subscribers. I don’t want to diminish the impact of these games or insult their fans, but in the interest of time we need to be selective. While EQ was busy trying to provide a hardcore atmosphere to reward the most patient and stalwart players, a company called Blizzard Entertainment, Inc. was making an MMO of their own, one more accessible to the masses. 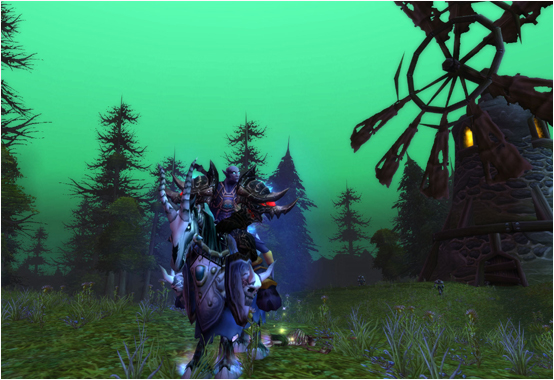 In November 2004, World of Warcraft (WoW) was released. It sported slick, stylized graphics, a user-friendly interface and a well-known world from Blizzard’s popular real-time strategy games. WoW took much of what EverQuest and other games did correctly and at the same time fixed many of the flaws. The result was a polished and engaging experience that was simple to understand and, quite frankly, more fun. WoW became the gold standard of the MMO genre and six years later is still the most popular MMO in history.

As you’ll recall, Ultima Online and EverQuest were considered blockbuster hits, but neither of their subscription bases topped 500,000. World of Warcraft, conversely, has had millions of subscribers since it launched. Earlier this year, Blizzard announced that they had more than 12 million active users. Those figures are staggering considering each one of those users is paying $12-15 per month to play. WoW holds the Guinness World Record for the most MMORPG subscribers. OK, you get it. It’s a behemoth, a leviathan, a veritable kraken! So why is it so popular? 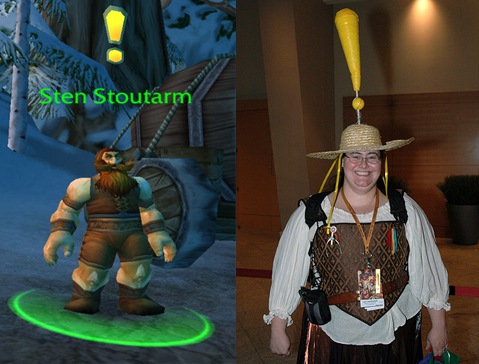 I was lucky enough to get into the original World of Warcraft beta test. I’m not exaggerating when I say that I knew within minutes of gameplay that Blizzard had struck gold. As soon as my character was made, I was greeted by a non-player character (NPC) with the now-iconic exclamation point above his head, indicating that there was a quest available to me. The initial quests slowly introduced me to the interface, game world and the abilities of my character. Exclamation points and tutorial quests may seem like standard fare now, but they all started with WoW. Earlier MMOs had steep learning curves and your progression was mostly determined by the number of monsters you’d slain. Perhaps WoW’s greatest innovation was that its progression was quest-based. Instead of wandering aimlessly and crawling through the game via trial and error, WoW’s quest system took you on a tour of the world of Azeroth.

The result of this accessibility was an experience that was chock-full of fun without the gritty aftertaste of frustration. There were no harsh penalties for dying or waiting several minutes for your mana to replenish between battles. No naked corpse runs. No loading screens when you travelled to new areas. Instead WoW introduced several features that are now standard for any MMO: in-game mail system, auction houses to trade goods with other players, and instanced dungeons allowing you and your friends to defeat bad guy bosses without fear of others stealing your kill.

It’s been six years since World of Warcraft hit the market and on December 7th Blizzard will release their third expansion, Cataclysm. The gaming industry has been flooded with clones trying desperately to snag a piece of the MMO pie. Lord of the Rings Online (LotRO) launched in the Spring of 2007 and is still going strong today. LotRO used much of what worked in WoW to create the base of their product; however, they also provided innovations like an advanced music system, monster-play pvp and an epic quest line that follows the story from Tolkien’s novels. Aion was released just over a year ago in the U.S. and has several million subscribers worldwide. Aion sports unbelievable graphics, characters that can sprout wings and intense pvp combat. Both games found success amidst a sea of failed MMOs. 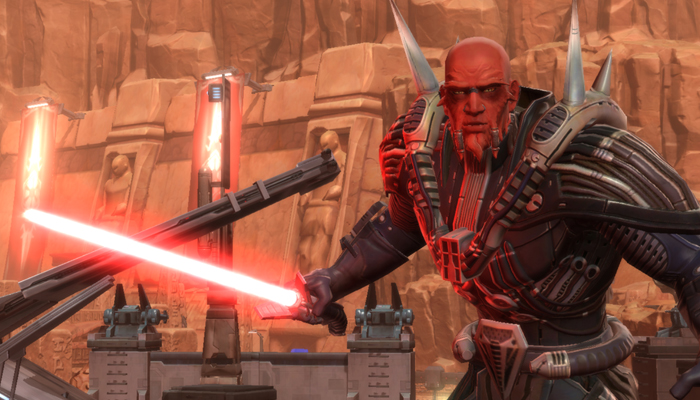 As we look to the future we see other titles trying to shake up the competition. Vindictus and TERA Online aim to make combat in their MMOs more action-packed and visceral. LEGO Universe aims at being a family-friendly sandbox game that allows you to create your own lands with the beloved childhood toys. Finally, the buzz surrounding Bioware’s Star Wars: The Old Republic is reaching a substantial din and is sure to secure many fans of Lucas’ franchise. It will be interesting to watch and see which game rises to the crest of the MMO wave and take us to places we can’t yet fathom.

There are many other important titles to which entire articles could be devoted, but our exploration of the origins of the genre must—like every MMO quest—come to a close. Now that we’ve covered the history, we have a solid foundation for future massively entertaining discussions. Stay tuned!