You are walking up a mountain path. The midday sun shines high on a quilt of endless blue. Twigs crunch underfoot as you proceed ever higher. Fallen trees and rocks offer momentary diversions to clamber over. Somewhere among the trees deers are grazing. Finally upon reaching the summit, the massive expanse of the land rolls out beneath you, seeking out the horizon. Not far off the city sits serenely; the hustle and bustle of thousands of lives is temporarily hidden.

With a sharp click you take a selfie, superimposing your face against the scene, and amble back down the trail. The mountain conquered. 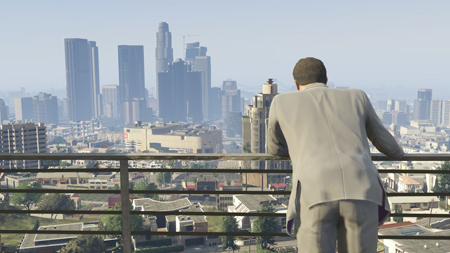 Grand Theft Auto V is acutely aware of social media, more so than any other game I’ve ever encountered. While its satire and poking of the platform may fall short in the scattershot way it aims at targets, it is hard to argue that the isolated world of Los Santos does not feel complete and wholly tangible. The ability of players to snap selfies whenever they choose is not only a great gameplay feature, but it is an effective mirror being held up against modern Western culture.

The folk at Rockstar have a lot to say about communication and privacy. They encourage players to share their photos on the online social club. Los Santos’ version of Twitter is full of vapid nonsense that could easily pass as run–of–the–mill Internet chat. Then there’s the sleazy paparazzi journalist who hides his deplorable acts behind a public interest defense, this attitude uncomfortably close to former News of the World reporter Paul McMullan’s, who claimed that “privacy is for paedos” during the 2011 Leveson Inquiry.

However, it is what Grand Theft Auto V does not say that is so interesting. Upon release many a reviewer noted how they enjoyed the small vignettes of life that were portrayed when the player switched between characters. Whether it was Franklin exiting a strip club, Michael playing tennis or Trevor throwing some hapless soul off a bridge, it was another tool to portray these characters as real men with their own daily routines. There is perhaps another, simpler reason that facilitated the feature’s popularity: we as a people love to watch other people.

Sites like Facebook and Twitter show this as an undeniable fact. Why do we follow our favorite icons and heroes, while hungrily searching for ways to accrue even more followers ourselves? We plaster up what we’re eating for dinner across Instagram, the “likes” we garner a validation of our actions. Twitter is perhaps the greatest game on Earth where one plays for rungs an a twisted social ladder. 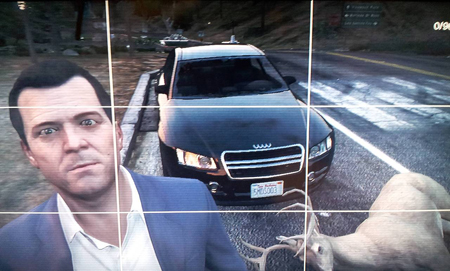 The small snippets of life being shown off in GTA V are just parts of this show, an observation on the machinations of life taken to the extreme, where one is peering over the target’s shoulder. It isn’t particularly hard to imagine a world where people can actually follow others thanks to a camera and a computer screen. Imagine if you will a service that you could sign up to, perhaps for a monthly fee, and see what your favorite actor gets up to during the day, all thanks to a personal drone. The technology is certainly advanced enough that Amazon wants to begin using the unmanned machines to perform deliveries. It is not unreasonable to expect the skies to be full of them in a decade’s time, carrying out various tasks. The viewers would thrill to be let into the person’s life, while those being watched might enjoy the ego boost.

If this all sounds a bit too futuristic or dystopian to be real, keep in mind that as of right now, Google Glass practically offers this service already. The wearer can livestream everything they do to a computer. Twitch integration on the PS4 shows that this tech is here to stay and will continue to become more advanced. While there are privacy concerns over Google Glass, remember that the first camera phones sparked fears of industrial espionage and were banned from a variety of venues. Now they are commonplace, and the same will happen to Glass, given time. 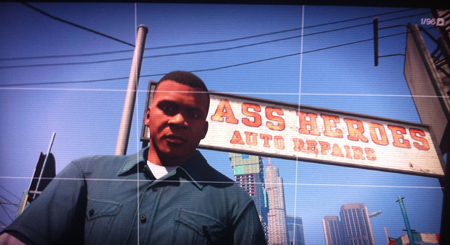 The jury is still out on whether millennials care about their privacy. Some studies point to no. Perhaps not growing up during the Cold War, when the loss of privacy was a distinctly Soviet affair, has pushed the issue into the background. Anyone who was born after 2000 will see social media as an everyday part of life. Then again. there are signs that since Edward Snowden revealed all about the widespread surveillance programs, the young have taken greater steps to ensure it endures.

Art has a tendency to predict technological trends. Ray Bradbury predicted earbud headphones in his novel Fahrenheit 451. In 1898, Mark Twain came up with a concept that sounds an awful lot like the Internet in his story “From The London Times of 1904,” while Britain’s abundance of CCTV cameras is positively Orwellian. Grand Theft Auto V may not be predicting how the future will pan out, but if the game is any indication, we would probably welcome a recorded future with open arms eventually. Until then, we’ll just have to settle with pasting every little aspect of our lives across the canvas currently available to us.

Corey Milne is a recent graduate with a Masters degree in Digital Journalism. He is always ready to tame the beast of freelancing, and can be found @Corey_Milne.