BROOKLYN, NEW YORK – A loose-knit collection of programmers, anarchists and baristas launched an indie gaming console to little or no fanfare Thursday. The collective chose not to give the gaming device a name, a standard set of specifications or even a price point. “We’re trying to avoid the whole gaming hype train,” said hacker/forestry science major Arturo Gutierrez. “I mean, when I think of a brand, I think of cowboys searing the flesh of innocent cows. This isn’t about cattle capitalism.”

And though this new gadget isn’t aligned with huge companies, don’t make the faux pas of calling it “indie” in mixed company. “I hate that word,” says programmer Annabelle Chong, rolling her eyes. “I guess that documentary was cool the first time I saw a pre-release rough cut of it,” she said. “But now the word is pretty much meaningless.” 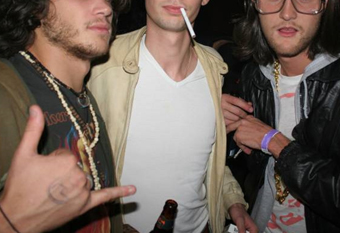 Innovative features of this nameless device include the ability to swap seamlessly between gameplay and the text editor Scrivener so industrious, intellectual gamers can compose their game-centric dissertation while they play. Higher-end models come with built-in office shredders. In order to play one of the freeware indie games loaded onto the game’s hard drive, players must feed an AAA console game into the the gnashing teeth of the device. Players gain “Moral High Ground” (something akin to achievement points) if they destroy games that are gratuitously violent, sexist or “just kind of bro-y.”

The machine is all about rejection of the status quo. “I am so over this whole console dog and pony show,” said Ellen Richardson, game journalist. “The whole industry is just a sad, bloated dinosaur bleating in its final death throes.” When asked if she planned to purchase a console other than the indie gaming platform stuffed into her signed and numbered hand-painted tote bag she replied, “Probably not…until Metal Gear Solid V comes out.”

Those without the creativity or programming acumen entertained themselves making in-jokes on Twitter.

To celebrate the launch of their ‘no name’ indie gaming platform, perpetual grad students across the country mingled awkwardly at house parties in ultra-hip urban meccas such as Austin, Texas and Williamsburg, Brooklyn. One such fete was held in a warehouse squat in industrial Oakland. There, partiers celebrated the release of launch game DMT V, an open world game which involves smoking the drug dimethyltryptamine from a glass pipe and just sort of slumping over the game console while hallucinating about machine elves.

Elsewhere, launch parties, such as a bash held in the lot behind this really cool bike shop in St. Paul, Minnesota, devolved into game jams, where gamers of all levels of programming skills riffed their own games using Twine or Unity. Those without the creativity or programming acumen entertained themselves making in-jokes on Twitter.

Despite long lines at the open bar, few in attendance of any of the parties were there to purchase a console. “I have had mine for like six months already,” sniffed attendee Linda Carolingian. “But I think I left it a little too close to my chinchilla’s cage so I totally wouldn’t mind another one.” 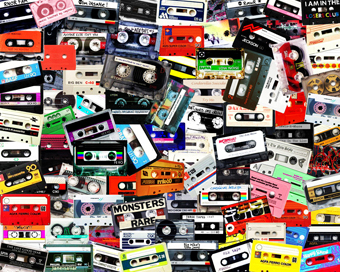 One of the defining features of this new console is that no two systems are alike. Where one looks like a refurbished MacBook with one-of-a-kind art silk-screened on it, another may look like two iPhones duct-taped together. Another design quirk is that all of the devices read their software from cassette tapes. “I mean tapes are like a minute from being totally played out,” said Paul Jean Scott IV. “But I dig the bugs and stuff you get from a bad read. Life is like that. Full of errors, you know? You and me are errors,” he trailed off, sipping self-consciously from a Natural Light beer can he’d emptied 10 minutes ago.

Overall, the tenor of the event was one of unity, independence and mutual excitement for the promise of independent gaming. The only sour note of the evening was struck during a launch party in Atlanta, Georgia. A handful of gamers attending an ad-libbed Mystery Science Theater 3000-style takedown of Microsoft’s shooter juggernaut Halo: Combat Evolved caused a stir when, rather than laughing haughtily at the trite narrative and embarrassing male-power fantasy, they began to have fun actually playing the game. Heated arguments, Tweets and Tumblr essays erupted as one faction huddled around four networked Xbox consoles for an epic and uproarious team death match in the map “Blood Gulch.”

Wedbush Securities analyst Michael Pachter predicts substantial, “but not gross big, you know” levels of success for the upstart gaming machine. “By year end I see this thing selling dozens, if not hundreds of units,” said Pachter. “For these folks that’s ‘finally get to shop at Trader Joe’s on a regular basis’ huge.”