I don’t scare easily. I can get as startled as the next guy, and the typical realms of death and gore usually manage to shake me, but getting a good honest scare out of me through a movie is tough. It may be because I didn’t really grow up with any of the classics – I saw The Blair Witch Project as a youngster and was frightened for a whole week afterwards, but I didn’t see Halloween, The Exorcist, Nightmare on Elm Street or any of the other classics until high school, when I started looking at them with a more critical, less sensational eye. 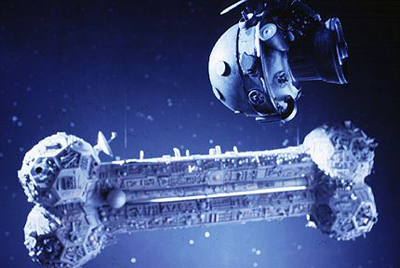 What I did grow up on, though, was a whole different kind of horror, the horror that strikes you not with how terrifying the film is, but with how terrifying it is that the film got made in the first place. Films that, because of some magical mix of poor production values, scattershot direction and an obsession with capturing the misguided zeitgeist of their times, fail so spectacularly that I’m entranced. Not because the monster is dreadful or gruesome, but because it is definitely glued together.

These kinds of films have attained a stature in my mind equivalent to the landmark horror films. To name a few, my new pantheon includes Plan Nine from Outer Space, The Giant Gila Monster, The Corpse Vanishes, Devil Doll and Manos: The Hands of Fate. Black and white or color, monster supernatural or scientific and featuring a group of college kids or a ragtag band of survivors, these films have plenty of differences. But there is one thing that brings nearly all of them together: Mystery Science Theater 3000.

Mystery Science Theater 3000 (or MST3K to adoring fans) was a TV show based in Minnesota that ran from 1988 to 1999. It began in the exalted annals of public television and though it eventually moved to Comedy Central, and then the Sci-Fi Channel, it never dropped its humble production values and Midwestern attitude. The premise was simple: a bumbling janitor (first Joel Hodgson, then Mike Nelson) is launched into space by evil scientists, who perform “experiments” that amount to forcing him to watch terrible movies. To cope, he builds robot companions to help him “riff,” or mock, the movies, thereby retaining his sanity.

This simple conceit allows for some of the wittiest, blistering and most referential humor ever. And its sacrificial lamb is every film that skimped on its monster budget, or forgot to move its camera while filming. In short, my horror pantheon. Indeed, the ingenious terror these scary movies MST3K uncovers is that, for all their vague gesturing to a not quite conceivable force invading reality, they make reality itself a not so conceivable thing. 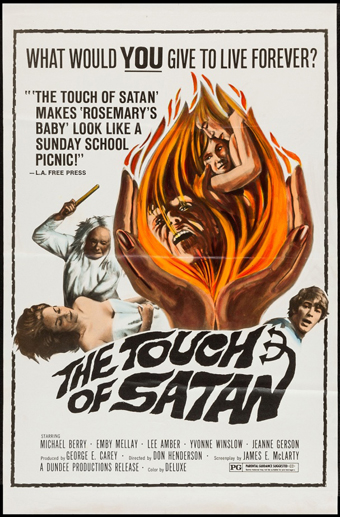 Take, for example, the episode “The Touch of Satan,” where Mike and the bots are forced to watch a ’70s flick about a youthful wanderer who happens upon a farm with a bit more history than he had hoped for. The young lad meets a pretty girl on a farm, sees her unnaturally-old “grandma” (really her sister) kill a policeman and then he decides he loves her (the pretty one). The movie is a mess, featuring an overly-long credits sequence, clunky dialogue spoken by one-dimensional characters and no less than two appearances of “The Star-Spangled Banner.” And the terror of the film, that these sisters were forced to deal with Satan to save themselves and now, cursed, murder random farmers, is constantly undermined by the kabuki-actor appearance of the old grandma and the sputtering dialogue the two leads share. These blinding flaws are turned into humorous scenarios by Mike and the bots, who gleefully reduce (or elevate?) the film’s mistakes. Why is the farmer tending to hay bales when he works at a walnut farm? What does a walnut farm even look like? Why am I wondering about a walnut farm when I should be getting scared out of my mind? Nothing about The Touch of Satan will frighten you while watching it, but trying to piece together how this movie makes sense? Now that’s a frightening prospect.

But these horror films do share one thing with the TV show that so mercilessly mocks them: they’re both honest endeavors with big hearts. Behind the schlock and cheesy effects, obscured by the obfuscating and confusing dialogue, is the intent to make a movie and have a good time at it. There’s a level of determination there that, even if horribly flawed, is inextricably human. 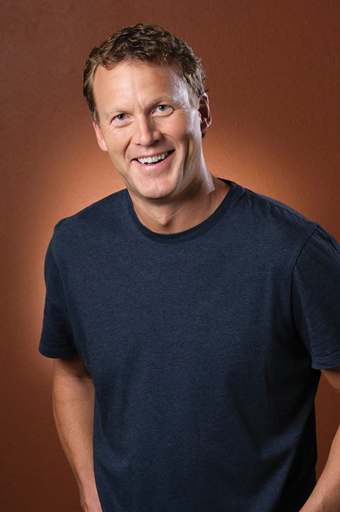 That’s something that appeals to me infinitely more than most contemporary horror films, which not only show little sympathy for their lead characters, but more often than not exhibit a cold and distant touch in their approach. Contemporary horror films seem designed to simultaneously inspire hate in their protagonists, which allows viewers to experience glee at their deaths, and instill alienation towards their monsters, which leads us to learn nothing from or about them. What’s left is akin to a cut power line in the street: lots of sparks and fizzes, but no actual information being relayed.

Ultimately, contemporary horror films create cold, indifferent films that don’t allow you to appreciate the frailty of life because they ask you to revel in the deaths of their characters. They scare me not because of their dark, tense atmosphere, or startling jump cuts, but because they remove the humanity from not just their characters, but from their viewers as well. I can think of nothing more terrifying.

MST3K, conversely, injects humanity into cheesy horror films by pointing out their failures, which posits them as wholly human efforts. The boom mic might be evident, and the rubber makeup of the monster quite apparent, but the effort made to create that world, however unbelievable, represents a human endeavor that I am much more inclined to buy into then, say, this. There’s a line in the theme song meant to act as backstory for the show, but I find it more useful for explaining why I love my cheesy horror pantheon: “If you’re wondering how [Mike] eats and breathes, and other science facts (la-la-la), just repeat to yourself, ‘It’s just a show, I should really just relax . . .'”