I’ve been knock-kneed certain that I was about to die on exactly two occasions.

The first time, I was on my back, in full football gear, ready for the Oklahoma Drill to start. The drill has many variants, but all of them involve hitting. Two players line up opposite one another, perhaps five yards apart – enough to start a charge but not enough for even the fastest players to really get up to speed. Our version of the drill had the coach holding a football at about stomach level in between the two players. At his whistle, we’d scramble from the ground as fast as possible and scramble to the center. The objective was to take the ball from the coach and score a touchdown. If you were too slow to get the ball, you had to tackle the other guy.

I was always too slow, so inevitably I ended up as the tackler. Our star nose tackle, Chris, was my opponent in this version of the drill. In one of our games, he’d gotten through the offensive line so quickly that he stole the hand-off from a surprised opposing quarterback. Chris was a good kid, but he was bigger and faster and ruthless on the field, and he was going to murder the shit out of me the moment we met in the middle.

I briefly wondered if this was what Mayan ballgame participants must have felt before a match that could have ended in their becoming human sacrifices.

The old saw is that football does not build character, it merely reveals it. Here is what football revealed about my character at the cusp of adolescence: I could not fucking stand getting hit in the head.

You can see how this would be an impediment to a successful football career.

From a remove – say, when I was discussing the Oklahoma Drill with teammates outside of practice – the whole thing seemed silly. Why the hell would anyone want to get hit in the head? Most types of pain are manageable and can be alleviated by simply avoiding that particular area of the body. I fractured a finger after catching it in an opponent’s facemask once, and it hurt, but it wasn’t a big deal.

There’s no place to go from the pain of a headache, especially the ones I’d get on occasion after a particularly brutal practice (which was all of them.) I’d gulp down some Advil, get in the shower, turn off the lights and sway back and forth until the hot water ran out. I never did get a concussion, but they weren’t unknown on my team. Our star running back had two, possibly three in one season. 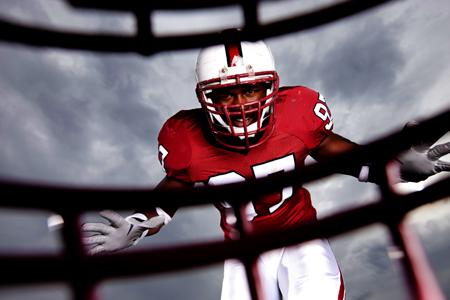 I don’t want to seem like I’m blaming my coaches. They couldn’t have known. One of them used to, as a motivational technique, headbutt us when we made a good play. We had helmets. He did not.

Lying on that field, though, already breathing hard and staring at a purpling sky, any thought of examining the philosophy of violence dissipated with the knowledge that I was about to be a corpse. I briefly wondered if this was what Mayan ballgame participants must have felt before a match that could have ended in their becoming human sacrifices. I was a weird kid.

I was crying in the outfield the second time I knew I was going to die.

It was my final year of Little League, right about the time you figure out whether or not you’re good enough to get on one of the travel teams and maybe have a shot at playing in high school. I was not good enough. The reliever for the other team was definitely good enough.

I was crying in the outfield the second time I knew I was going to die.

Little Leaguers come in three varieties. I was in the largest subset, the kids who aren’t anything special but aren’t embarrassingly awful either, a kind of baseball lumpenproletariat destined to become singles hitters in slow-pitch softball leagues. The second-largest subset are the tweakers. We had a kid on one of my teams who decided the most efficient way to field a fly ball hit over his head was to drop to the ground and roll after it, a decision which I will go to my grave trying and failing to parse.

The reliever (whose name I never learned) was of the third variety: the monsters. These are the pituitary freaks whose unique genetic makeup enabled them to hit home runs seemingly at will and throw the ball at speeds approaching escape velocity. Midway through my Little League career, I’d had a traumatic experience with a particularly daunting monster named Kyle which had since incubated an instinct of pure self-preservation in my mind.

Monsters can all throw very hard, you see, but the one thing they almost never have is an idea of where they’re actually throwing the ball. From 60 feet six inches away, this is bad enough, but Little League mounds are usually about 45 feet away from the plate, which is basically nothing. This reliever, it was rumored, was able to throw the ball 75 miles an hour – which, at 45 feet, takes about four-tenths of a second to cross the plate. 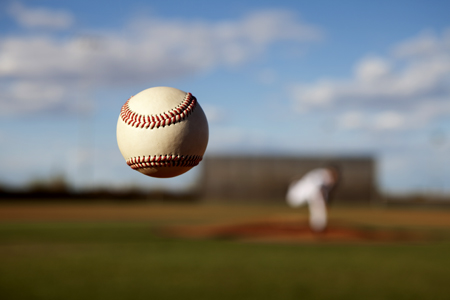 If I blinked, I thought to myself, I was dead, and I couldn’t go an an entire at-bat without blinking, so that pretty much was a wrap for my life. This fucking kid was going to leave a crater where my eye socket used to be and they’d have to close my casket at the funeral.  I started thinking of ways to delay the game. Could I fake a seizure? Would it be morally acceptable to pull a Gilooly and smash the reliever’s knee with my bat?

I was still considering this last proposal when the inning ended. I quickly dried my tears, because the only thing worse than death to a preteen is embarrassment. I was batting third this inning. I could at least leave a noble-looking corpse.

A big step in one’s development as a person, I think, is acquiring the ability to subsume a present desire for a future goal. Going to the gym sucks now but it’s worth it months later when you can lift things. Everything worth doing hurts at least a little bit, either physically or emotionally, but this realization is denied to most of us until long after it might have mattered.

This is why I recommend youth sports for nearly everyone. You are forced to consider your priorities in situations where you are trapped, where your parents cannot help you and where the monster is right there. He is going to eat you. What are you going to do about it?

My coach blew the whistle. Chris got to the ball first. We met in the center.

I veered away, my shoulder clipping his and I tumbled to the ground without even a bruise. Chris rumbled on past me for a touchdown.

My coach was livid. He asked me what I was thinking. I told him I’d get it right next time. He made me do laps. I jogged around our field, breathing raggedly as the next two players smashed together, grateful.

I came to the plate against the reliever. His first pitch was over my head. I swung at it.

I was batting third this inning. I could at least leave a noble-looking corpse.

His next two pitches were nowhere near the plate. I could have tried to work a walk, but walks need four pitches. Strikeouts are only three. Hits (or outs) could be as few as one. I swung at them too. I didn’t make contact. My team lost.

My dad understood. He didn’t need to ask what I was thinking. There wouldn’t be a next time, save for years later in leagues where the ball was double the size and a fraction of the speed.

Years later, in a work dodge ball game, after knocking out two of the enemy team in a valiant attempt to save our season, I tried to dodge out of the way of a ball my friend Carl whipped at me. It caught me square in the nose as I dove backwards, and everyone made that sympathetic half-wince sound you make when your brain imagines you in the same situation. It hurt quite a bit.

I got up laughing. It was the funniest goddamn thing that had happened to me in weeks.

A Fear of Toys