I gritted my teeth as my car came crashing back down onto the bridge. The car clipped the jump ramp, spinning me a full 360 degrees as I did a flat spin through another billboard. I knew it was okay. A drive-away crash, but still, it took valuable milliseconds of control away from me. I had to get rolling again. In an effort to get as much nitrous as possible going, I mashed down the A button. Green flames shot out of the sides of the car as it fishtailed forward and past the finish line.

I shot up from my chair shouting the yeah yeah yeahs of victory. Immediately, I covered my mouth to shut myself up and sat back down. I finally blinked after staring intensely at my screen for a solid three minutes and looked over to the clock on my desk. Five twenty-one a.m., it read. 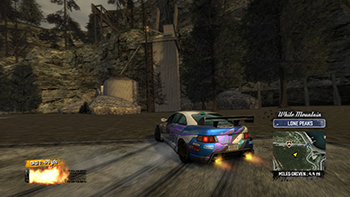 Personal circumstances lead me to this point in my life. This was about five years ago and I was a week out of an atrociously bad breakup.

You know how the story goes.

There was a girl. I liked her. I loved her – the sort of love that splits your heart open, where you want to let this person in as deeply as possible and love her so intensely that it hurts – so much that I wanted her in my life forever.

And she stabbed me in the heart with biggest knife I ever felt.

In a week, I mended myself enough to go out and make an extremely well-timed and smart spending decision and buy a Playstation 3 and a fresh copy of Burnout Paradise. At first, it was what I needed to get my mind off the constant swirl of rage, bitterness, grief, regret, hate and the general feeling of vitriol flowing out of my chest.

My wounds were fresh and nothing took my mind off of thinking like a racing game. Forget about everything and just keep racing, I told myself; lose yourself in this world of speed. There was even a rocking Guns N’ Roses song that made coming back to this game so appealing.

Take me down
To the paradise city
Where the grass is green
And the girls are pretty
Oh, won’t you please take me home

For a time it worked. The problem was it worked too well. I pushed my ex out of my conscious mind, so I began seeing her in my dreams. Like a sick joke played by my subconscious, I would have dreams replaying my memories of her. Conversations we had, dates we went on. Moments I never wanted to think about again.

I was done with it. I had already attempted to save my relationship. I tried everything; calling her, going through mutual friends and even trying to catch her after work. In the end she didn’t want to try – and, in hindsight, I should have given up earlier.

My dreams weren’t just straight memories. I would say things that I should have said more often and not the dumb things I shouldn’t have uttered in the first place. I completely fabricated a night out to a carnival that we never went to. I imagined myself catching her hand before she accidentally slipped in that puddle. Grabbing her and holding her head to my chest as I heroically saved her from seeing that poor cat in the road. I was just making up the ideal relationship I could have had – the relationship I wished I had with this girl in my sleep.

It was a nightmare.

From these dreams, I would wake up in cold sweats screaming my head off or weeping into my pillow. It was unhealthy, to say the least. 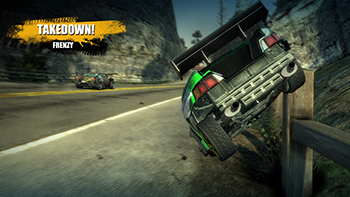 I decided I didn’t want to sleep at all in order to avoid these dreams. Once again, I looked to Burnout Paradise to keep me occupied. I would just play for hours and, once, for an entire day. I needed a place to get away and Paradise City’s endless miles seemed like as good a place as any.

When I needed to cheer myself up I would go win races. When I needed to vent my anger, I would check opponent cars into traffic. And when I wanted to stay awake and think, I would just drive around for hours hitting jumps and smashing though every shortcut on the map.

After the breakup, I never really confided anything to my friends or family. I just kept going, mending myself with a racing game and a ton of emotional duct tape. After a while I just bounced back. The feeling of bleeding in my chest stopped. My rage evaporated, and life went on.

Burnout Paradise eventually fell out of my PS3 as new racing games came out and new girls entered my life. Surprisingly, I never revisited the game until years later, when I picked it up in one of those grab bag Steam sales.

Diving back into Burnout’s virtual asphalt world filled with the dulcet tones of DJ Atomic brought back so many choking memories for me. I ruled this world as an emotional husk. I grieved and recovered here. Burnout Paradise was a silent companion that let me stay a while, be as crazy as I wanted to be and helped me cope with one of the most heart-wrenching moments in my life.

Kevin Lee has gotten over his heartbreak but still has a racing game addiction. You can follow him on Twitter for his much happier tweets at @baggingspam.

Stop and Smell the Roses