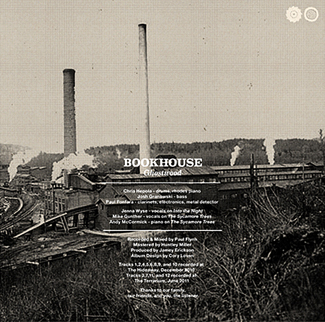 As Unwinnable’s resident Twin Peaks geek – click here, fellow Peakers, as well as the Peaker-curious out there among you – I felt it was only right that I use my biweekly voice to review the latest and greatest in Twin Peaks-related art: Namely, Bookhouse’s new record, Ghostwood.

The Minneapolis jazz trio reimagines and re-energizes the soundtrack of the greatest TV show of all time (and the inferior but essential film prequel Twin Peaks: Fire Walk With Me), with all the familiar riffs – while mixing in 21st Century sheen and more than a schmear of jam.

And guess what? It’s fucking awesome. (What did you expect me to say?)

As a guy who owns the original TV show soundtrack on vinyl, and actually spins it regularly, you know they had me at hello. The cover alone – Snoqualmie Falls and the Salish Lodge (known in the show as The Great Northern Hotel, and where I stayed for part of last year’s Twin Peaks Fest) – made it an instant buy.

But I’m not about to let anyone butcher my Badalamenti, either.

So I approached it with at least a fair amount of skepticism. There is no way to top the originals; what I wanted was the spirit and passion of the players and the show to shine through. It does.

With Laura Palmer’s promise to see Agent Cooper again in 25 years and all the Internet squabbling over disparate groups of Peakers – some lobbying incessantly for a Twin Peaks reboot while others shout at them for being so obnoxious about it – coupled with Mark Frost’s denial and David Lynch’s offhand(?) remark to Ray Wise that it could happen, I’d have zero problem with this record serving as the new (Netflix?) show’s soundtrack.

Which I think is a pretty intense compliment.

To make an obligatory videogame reference, I can’t help but liken it to entering a dungeon in Mario 64 and hearing that familiar spooktastic music go from plinking 8-bit to smoothed-over modern techno.

It’s similar, it’s familiar, but the graphics are sharper and suddenly you know you’re in the future. 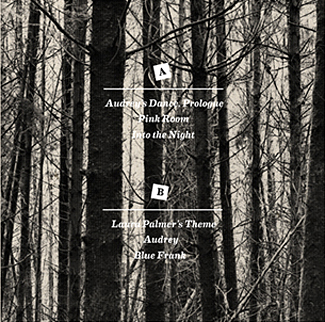 As for Bookhouse’s vocals? I was thrilled to see “Sycamore Trees” on the track list. It’s a solid take, but no one can touch the Jimmy Scott version. Halfway through and I’m already craving the original. That’s thankfully not the case with Bookhouse’s take on “Into the Night,” which does enough justice to Julee Cruise – sans that glorious late-’80s/early-’90s kitsch.

I can’t say I’m on the side of the Twin Peaks rebooters. Though the original series ends on a cliffhanger, I’m OK with that, and in fact I prefer it that way. If Twin Peaks 2015 does come, and it sucks, I’d be hard-pressed to get excited about the soundtrack, too. I’d probably even hold most everything against it.

But if Bookhouse’s “Audrey’s Dance Prologue” were to come on, the show itself was clicking and Audrey was somehow, impossibly, as divine and as demented as ever, I’d be right there along with it and with her, swept away all over again.

Matt Marrone must sadly admit he merely owns a digital copy of Ghostwood and not the vinyl; his birthday is fast approaching, though, so hint hint hint. You can follow him on Twitter @thebigm.

Review, Rookie of the Year