This column is a reprint from way back in Unwinnable Weekly #29. If you like what you see, subscribe and get all future magazines for five bucks.

We already know Twin Peaks is headed back to TV. Now comes word The X-Files could be next [and so it was, in January , 2016 – Editor]. This may or may not be a good thing, but the Rookie of the Year loves how it’s made his classic TV obsessions suddenly timely again. Let’s indulge them. 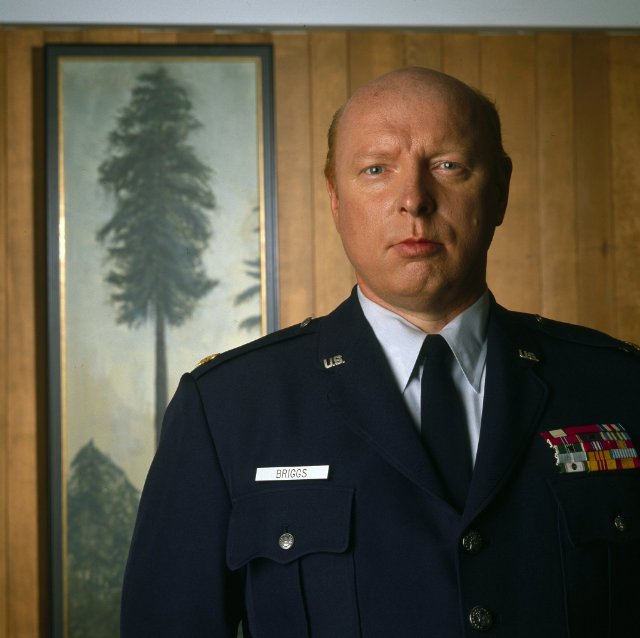 David Duchovny. Michael Horse. Michael J. Anderson. Richard Beymer. Kenneth Welsh. All of them – and still others – cross between the worlds of Twin Peaks (my favorite show ever) and The X-Files (the near-spinoff I’m currently binge-watching on Netflix). But Don Davis – God rest his soul – was up to some serious shenanigans.

Of all the ties between the two shows – and there are many – Don Davis is the one that intrigues me the most. Compared to him, all the other cameos seem like harmless inside jokes.

On Twin Peaks, Michael J. Anderson is The Man From Another Place, speaking backwards and dancing his dance in the Black Lodge; on The X-Files, he’s Mr. Nutt, who runs a trailer park in Gibsonton, Florida, where everyone seems to be a current or former Carnival sideshow freak — including Jim-Jim the Dog-Faced Boy, better known to residents as Sheriff James Hamilton.

A gluttonous Richard Beymer greedily presides over a department store, the Great Northern Hotel and One-Eyed Jack’s as Ben Horne on Twin Peaks. In The X-Files episode, “Sanguinarium,” he’s the bloodthirsty Dr. Jack Franklyn – of whom I’d say more, but I haven’t gotten to this episode yet and I don’t want to skip ahead. (I will say, however, that the actress who plays his wife on Twin Peaks, Jan D’Arcy, had her own X-Files turn – three seasons earlier, as Judge Kann in the episode “Tooms.”) 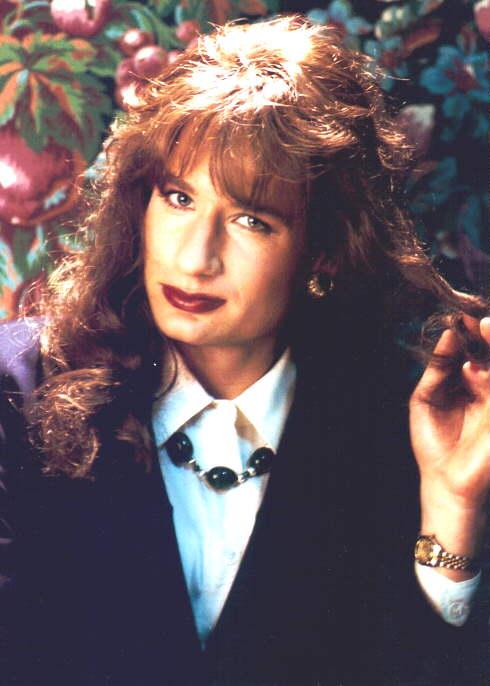 And Kenneth Welsh, who played Windham Earle, the deranged nemesis of Kyle MacLaughlin’s Agent Dale Cooper in Season 2 of Twin Peaks, becomes the sinister Simon “Millennium Man” Gates in The X-Files episode “Revelations.” In both, he takes on a homicidal kidnapper’s role in the battle between good and evil.

Still, each of these X-Files performances are, save for Duchovny’s, one-offs.

But not Don Davis. His is another story entirely. Davis appears throughout The X-Files, both dead and alive, as Captain William Scully — the father of Gillian Anderson, aka Federal Agent Dana Katherine Scully.

In a series saturated with mystery, Don Davis’ character, Major Garland Briggs, is to me the most enigmatic resident of Twin Peaks. His role in what would have been Season 3 has often been speculated upon, but what we do know about him is this: Major Briggs’ classified responsibilities include, in his own words, “the maintenance of deep-space monitors aimed at galaxies beyond our own.”

But I’m getting slightly ahead of myself. In The X-Files, Davis is a Navy captain, who suffers a fatal heart attack early in the series and appears in several posthumous visitations to his daughter, who is openly preoccupied with making her father proud.

His daughter’s main character trait? Skepticism. Stubborn, at times maddening, skepticism. Dana Scully has been assigned to watch over Fox Mulder and his spooky extracurricular activities, and to report back on him. And despite everything she sees – all the messages delivered to her, from aliens racing past her in dark hallways to her own abduction and the removal of a microchip implanted in the back of her neck – she remains steadfast in her need for “scientific” rationalizations, rejecting the fantastical but ever-more-convincing conspiracy theories of her partner.

Which brings us back to Major Briggs’ space monitors.

In one of the most memorable Twin Peaks scenes, at the breakfast counter of the Double R Diner, The Log Lady – or, more specifically, her log – has something an initially skeptical Major Briggs needs to know: “Deliver the message,” she says.

“Do you understand?” The Log Lady asks, after she’s translated the three-word command on behalf of her inanimate wooden companion.

“Yes ma’m, as a matter of fact I do,” a stunned Major Briggs responds.

Briggs’ next move? To dutifully deliver that message to Agent Cooper, whom he finds getting reading for bed back at the Great Northern.

Briggs holds up a dot-matrix printout of what he calls “gibberish.” But, he says, around the time Agent Cooper was shot in the Season 1 finale, the monitors picked up something odd.

“The readout took us by surprise. Row after row of gibberish and all of a sudden, ‘The owls are not what they seem.’” 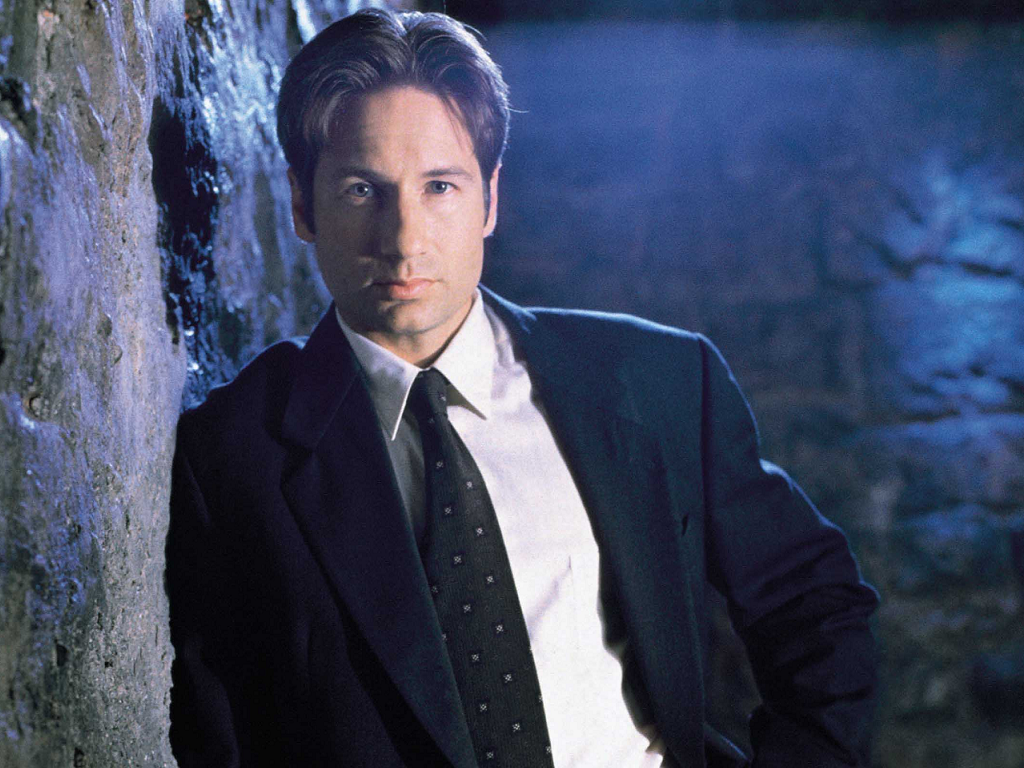 Why does Briggs monitor extraterrestrial communications? Is Twin Peaks an X-File, waiting to be re-opened? We never find out, though Briggs and his knowledge of what is going on in the woods outside of town remain brimming with possibility and intrigue.

What we do know is that Agent Cooper, like Mulder, gets the message. He understands the forces at play even when he can’t fully comprehend their true meaning.

And yet as many times as the message is delivered to Don Davis’ daughter on The X-Files, Agent Scully just doesn’t get it. At the end of “Revelations,” the episode that guest stars Kenneth Welsh, Scully sits in a confession box and tells a priest she’s afraid that God is talking, but no one is listening.

Had she been assigned to Laura Palmer’s murder, she likely would have discounted Davis’ space-garbage messages as anomalies. BOB, the Black Lodge, the one-armed man…she would somehow write them off or simply forget them between episodes. Earlier in “Revelations,” Scully even has the nerve to lecture Mulder (who, to his credit, takes it in stride), asking him:

“How is it that you are able to go out on a limb whenever you see a light in the sky, but you’re unwilling to accept the possibility of a miracle, even when it’s right in front of you?”

Even with all her hypocrisy, it’d be easier to identify with Scully if she could accept the miracles happening in the episode. And yet she prefaces this lecture by admitting she still just isn’t sure.

Are there aliens in Twin Peaks? Maybe only Don Davis knows.

And what about The X-Files? Don Davis’ daughter discounts them at every turn, despite overwhelming evidence.

In the meantime, we’re left to know so little of Major Briggs, and even less of Captain Scully.

Still, both have messages from the beyond. Briggs from outer space, Scully from the afterlife.

The hour Dana’s father dies, she awakens at 1:47 a.m. to see Don Davis sitting on her armchair, mouthing soundless words. The phone rings and her mother gives her the terrible news. She looks back at the chair and he’s gone. The opening credits of “Beyond the Sea” – one of the very first X-Files episodes – roll.

So what is he trying to tell her? 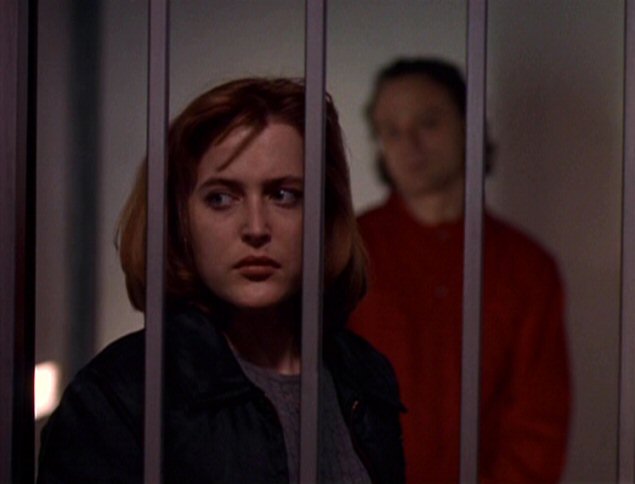 Later, Dana Scully watches as Luther Lee Boggs, a death row inmate who claims to be a psychic, morphs into her father.

“Did you get my message, Starbuck?” Boggs/her father asks Dana, in what may or may not be a hallucination.

Among the very little we learn about Captain Scully’s life is his connection to the song, “Beyond the Sea” – which, spookily, Boggs sings to Dana in his cell before he changes shape, and which bound Captain Scully and his wife Margaret together forever. It may seem a cliche song choice for a Navy man, but when you know Don Davis played Major Briggs, too, and that The X-Files, without ever attempting to hide it, owes so much to Twin Peaks, the lyrics of that song start to take on a richer meaning.

On both Twin Peaks and The X-Files, the search for truth is all-consuming. And in both shows, Don Davis has a message to deliver, however incomplete. Agent Cooper, the dreamer, is satisfied with it. Agent Scully, the skeptic, tells Mulder she knows deep down what it is, but still can’t truly believe (when Mulder asks her why not, she says, “I’m afraid. I’m afraid to believe.”)

All these years later, we’re still trying to read between the lines.