The House of Fabergé was a Russian jewelry firm that rose to prominence by making a number of ornate jeweled eggs over the 32 years between 1887 and 1917. Many of those eggs were small and worn as pendants, but the most famous were the 50 or so large Imperial eggs made for Tsars Alexander III and Nicholas II of Russia. 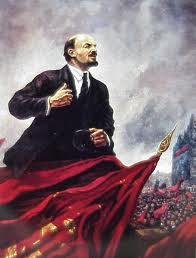 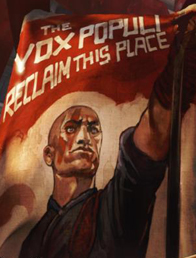 Fabergé eggs were fashioned from large stones or solid precious metals which were then encrusted with gemstones and elaborate enameling. Some opened, revealing miniature buildings and scenes within, while others contained baroque clocks. For the nobility that could afford such baubles, they were emblems of wealth and luxury – symbols of the splendor of Imperial Russia.

In hindsight, the eggs are also indicative of the decadence and greed that led to the exploitation of the working class and institutionalized anti-Semitism that would eventually erupt into the Bolshevik Revolution. The fortunes of House of Fabergé fell when the family was forced into exile and the company nationalized in the wake of the execution of the Tsar and his family in 1917.

To see a Fabergé egg is to be dazzled by its beauty. There are few things the human eye finds as pleasing as the sparkle of gold and gems, but the Fabergé eggs are something more – they are masterworks of the jeweler’s art and they shimmer with an almost impossible complexity. Many are so elaborate that it is difficult to comprehend the patterns of the filigree – there is only the shining whole. It is in the sum of those rare substances that the truth is lost. A Fabergé egg, though beautiful, is only stone and metal. It serves no purpose other than to sparkle. The physical complexity hides its lack of meaning. 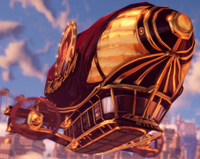 Sublime works of art find their power by tapping into the most fundamental human experiences. As universal touchstones, they are inherently simple-seeming things. The little words we use to name them – love, death, grief, music, joy, hate, wonder – conceal great depths of emotional significance. Despite the myriad of possibilities those words contain, we still know them utterly. They are part of our very fiber despite their seemingly unending variations.

Take, for instance, infinity. As a mathematic or philosophical concept, it is literally without limit. To ponder it is to reel with implications – actively thinking about the infinite and all it contains is for gods, not men. And yet, we know it. It is a curving Moebius strip, unadorned, elegant and endless. We have only to look up at the night sky to feel it – and every shining gem is just a pale imitation of the stars that convey it.

When he isn’t staring at the sky, Stu Horvath occasionally has something interesting to say on Twitter @StuHorvath.