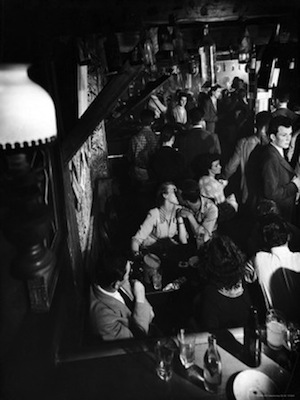 Have you ever tried talking to another human being? Really talking to them, not just sort of nodding to them at a bus stop or thanking them for handing over your change? Take it from me, it’s hard. Other human beings are weird and terrible and difficult things and they’re just as complex as you are (if not more). Lots of people get nervous before a date. I get nervous whenever I make a new friend.

What do you say to them? What if you say it wrong? What if I let my guard down and they run roughshod over it, uncaring? What if I’m too friendly, or not friendly enough? It’s dizzying. I’m the worst extrovert imaginable.

Of course, this is why we have cafés and pubs and restaurants and bars and cinemas and go-karting tracks and arcades and parks and all these shared spaces that build up the no-man’s-land between our houses. Because the concept of asking another human being to just talk to you for four hours is ridiculous and terrifying and weird, but doing it in a pub is fine. You need a pacing mechanic for the evening, carried out in pints and torn-open packets of salt and vinegar chips and cigarette breaks.

My favorite pacing mechanic is games. I love them; there is no better place for me than to be sitting with some people around a TV whilst we take turns to play a one-player game. There are no awkward silences. There is always something to talk about, and comment on, and fall back on if you have nothing to say. 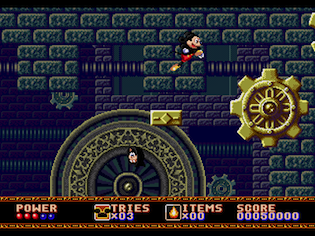 There’s a comfort there that’s rare to find anywhere else. I don’t really like playing games on my own. I always feel like there’s something more productive I could be doing.

Gaming has always been about friendship. No older brother tolerated my presence on the family PC when I was younger. My parents would never play with me, unless you count the jump at the end of the first level of Castle of Illusion that I firmly believed that only dad could pull off, perhaps thanks to his great big thick dad fingers pushing down confidently on the C button as Mickey hit the end of the platform.

But there was the exciting discovery of seeing a new game at a friend’s house when you’d go over for tea. My best friend at secondary school – although we would never admit we were best friends, we were far too weird and highly-strung to admit that – spent a good four months’ worth of lunchtimes talking about nothing but Goldeneye 007 on the N64. I visited one friend to play Worms 2 on his PC so many times that his parents eventually concocted some nonsense excuse about their computer being broken, so I’d talk to him instead of just traipsing upstairs to the spare room to fire it up. 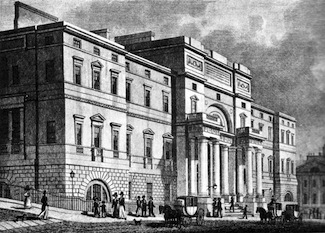 My first girlfriend, back at the age of 10, played Micro Machines 3 on the Mega Drive with me until she leaned in and asked if I wanted to kiss her and I had no real idea if I did.

All my friends, for as long as I can remember, have been forged through games of one kind or another. That’s the only way I know how to keep them.

This all came to a head at University, in first year. Chris and I – a man who would be the best man at my wedding, and I at his – would spend our time playing computer games to the exclusion of almost everything else save light schoolwork, hastily-thrown together sessions of Dungeons and Dragons and the occasional clandestine joint smoked round the back of the science labs. When we spent time together, we didn’t talk. We played. It was what we did instead of talking. It was everything we were.

I didn’t know how to make a best friend. No one does, I think. Sexual partners are easier, sometimes, because you can sort of gauge what the other person wants – and they’re automatically interesting, because you might well shag them soon and that can make even the most boring person enthralling. 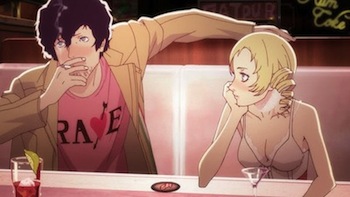 With friends…there’s no roadmap. No magazine teaches you how to make friends. No Top Ten Tips on keeping your Friend Life Exciting (with scintillating gambits for pub conversation).

So we played games together. All the time. We tore through stuff fairly quickly, but there are some that stick out. Shadow of the Colossus kept us rapt, wide-eyed and breathless to see what the next giant monster would be. City of Heroes provided us with an outlet to create Merovingian Del BadgerFucke, a pink-suited, top-hatted, one-legged summoner who had the phrase “I HAVE SEX WITH BADGERS” hotbound to the F3 key. Co-op Halo, played on his enormous and soon-to-be-defunct Xbox, taught me how I’m always better at gunning than I am at driving.

But Soul Calibur III clinched it. One night after a few drinks in someone else’s kitchen we went back to his flat and fired up our new PS2 and got to playing; at first versus, then single-player taking turns, then one long bash at the single-player campaign each. Chris had his laptop 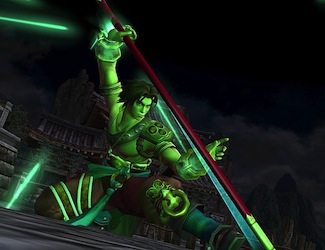 open and I flicked through a copy of Exhalted that I’d borrowed from a friend.

We picked characters we didn’t know how to fight with, and tried to fight with them. We learned new strategies. It was like deliberately taking the long route to walk a girl home. At one point I said:

I was fighting as Kilik. I’m shit with Kilik. It took me twenty minutes. That was fine. We didn’t talk at all. That was fine too.