Borderlands 2‘s Handsome Jack is an asshole. And by “asshole,” I mean grade-A, certifiable nutjob with a face and a vernacular only a sociopath could love. Naturally, my friends adore him. I do, too. It’s hard to be anything but enamored of a guy who can, in a single breath, comment disdainfully on pretzels and your probable doom-and-diamond-encrusted ponies. If I had to pick a favorite videogame villain, it would be him.

And for a few months, that was all Jack was to me – a creep I routinely eviscerated with a rocket launcher to the face. A clever if mostly decorative accompaniment to my plasma-propelled misadventures on Pandora. The Bad Guy – capital letters most definitely intended – of Borderlands 2.

Being an Asian kid, one raised in a traditionally Asian environment, was scary.

Then, a week ago:

“I wonder if he thinks anyone would buy this crap.” I muse aloud, my gun weaving across one of the murals in the Living Legends Plaza. On the wall, the image of a straight-backed Handsome Jack, stern and unflinching before the tentacled Destroyer, looks impossibly noble.

My partner-in-crime doesn’t answer at first. Instead, he busies himself with completing a quest called “Written by the Victor” – a bloodless little affair that has him making an orbit of the courtyard and activating information kiosks when appropriate.

“After making all of this? I wouldn’t be surprised if he started believing it himself.” A response rumbles across my headphones, overlaying the monotonous recount of Jack’s self-authored glories.

I’m suddenly galvanized. What if this is how Handsome Jack looks at everything? Through a blood-tinted lens trained on the distant future? A world without bandits or rapscallions isn’t so bad, is it? In comparison to Sanctuary, Opportunity looks almost perfect. A metropolis of the future. I would live here. What if…

“Hey, do you think he actually loved Angel?”

Collectively, this is probably our sixth, maybe seventh, playthrough. We’ve euthanized Handsome Jack’s Siren daughter enough times to dismiss the procedure as mundane. Jack’s tortured litany? As inconsequential as elevator music. My companion doesn’t hesitate with the answer. He tells me what he thinks: that Jack is a lying, manipulative bastard who sees Angel as a utensil.

“I don’t know,” I persist, even as we shoot down Angel’s last Eridium injector for the umpteenth time. “What if he’s just doing what he thinks is best for her? Like, you know, an overachieving Asian parent?”

“Being American, I wouldn’t know anything about that.”

In the background, Angel tells Jack what we all already know: that he’s an asshole; that he failed as a father.

“You gave up dancing?”

Kent is a friend I met through dance years ago, a break-dancer with a finger in every pie. He wasn’t just a devotee of the field, he was a paid professional – the kind that kept cropping up on television for all the right reasons. The sharply-dressed adult sitting beside me, with the expensive sunglasses atop his head, isn’t that person. 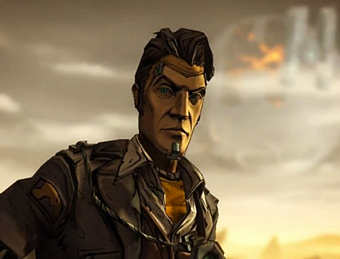 He hesitates, discomfort written in every well-coiffed gesture. “Well, it’s not like I haven’t been working for him for a while now. My dad took me aside earlier this year and just, well, showed me our accounts and our facilities and he said, ‘It’s all already here for you.'”

I think back to the people that I met in New York, in San Francisco, in Gothenburg. I think about the performers in their 50s, the gray-haired instructors still giving lessons, the dancers-turned-DJs-turned-activists. I could write him a sizable list of people that would tell him that he can.

“It’s not like my father doesn’t have my best interests at heart.” The defeat in his tone stops me.

Feeling like a coward, I nod. “Guess parents know best.”

While they’re often caricatures of the truth, stereotypes exist for a reason: they happen. The first time I encountered the High Expectations Asian Father and Tiger Mom memes, I remember feeling a weird sense of discomfort. These were my parents. These were my friends’ parents. These were the people that my parents warned me about, the ones I could have been born to, the ones who would have filled my daily life to bursting with piano lessons, ballet classes, after-school education and part-time jobs – wasn’t I glad I only had to go through a fraction of all that? Though I’ve never met anyone who has been disowned because of an imperfect grade, I’ve been warned repeatedly about not acing – Bs were borderline okay, so long as I knew it would cost me a scholarship somewhere fancy – my classes. When I came home with the results of my final papers in that last year of high school, I remember being inconsolable. I only had six out of nine possible As. I had failed.

Being an Asian kid, one raised in a traditionally Asian environment, was scary.

There’s a quest in Borderlands 2 called “Get To Know Jack,” a relatively simple assignment that will have you scrounging through the Arid Nexus in pursuit of excerpts from our acid-tongued antagonist’s life. Aside from being an avenue to even more loot and glory, it’s also a not-so-intimate snapshot of what makes Handsome Jack tick. From these recordings, we learn that Jack can be a bit of a pedant – choking and strangling are distinctively different activities for him – and that the mere mention of his wife can evoke a violent response, that he has had his mask for a time now, that his daughter’s wishes are inevitably second to his. 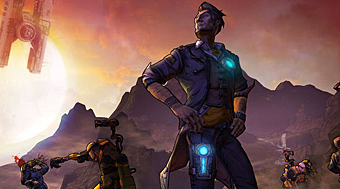 “You’re a SIREN! You’re one-of-a-kind, now make it work! I want that freaking Warrior, Angel. I want him awake, ok? I want him under my control, now – I want him now! Not later! Now!” Jack shrills at Angel from the past.

In the often-demonized Battle Hymn of the Tiger Mom, there is a segment where author Amy Chua candidly shares how she had threatened to withhold necessities like dinner and Christmas if her daughter failed at learning a piano piece, had used words like “self-indulgent” and “pathetic” in conjunction with that inability. Rousing a biological weapon the size of a skyscraper may not quite be in the same league, but it’s hard to ignore the immediacy present with both parents. Now, not later. Now. Not on the child’s terms. Now.

Another ECHO recording is found. Here, we have an interaction between Handsome Jack and a young Angel. Here, she informs him that she doesn’t understand, that she wants her mother. Jack, as is often the case with him, is livid.

“She’s not coming back, Angel. Now, get in the freaking chair.”

As I listen to the clip, I’m suddenly eighteen all over again and feeling incredibly underdressed at my new campus. The office I’m in is subsumed with polished steel, glass and the kind of expensive hush you’d normally associate with corporate boardrooms. The guidance counselor has a thin-lipped, expectant smile. I’ve just been told that I will pick a course at the university. The decision is no longer in my hands. There are no anchors on my ship. The best I can hope for is to steer its course.

My mother’s cool regard tells me everything. Get in the chair. Get a major. Get what I want, not what you want.

I don’t hear Angel’s response but I can picture something similar: a dark-eyed girl sinking timidly into her seat, hands knotted at her lap. Angel could have been anything else but she is going to be this. The single parent – like Jack, my mother is divorced from her partner as well – said so, after all.

Rob Manuel (my former editor from G4) and I are talking over Skype. He likes the draft I’ve sent him but he is in disagreement over Jack’s similarity to Tiger Mom.

“I know, but Angel is part of that world as well, isn’t she?” I riposte, a little meekly.

A beat. “Angel is a tool. A means to an end. The fact that she’s his daughter is of no consequence. It would be like you were feeling bad for his hammer if he broke it to make a chair.” 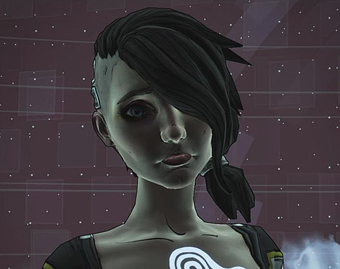 “Not sure about that. Chinese parents, for example, often end up seeing their children as an extension of self.”

Another pause follows. We talk about Superman and Lex Luthor and how, in the latter’s eyes, the obliteration of the former may well be beneficial to the world.

“Sometimes good and evil are only judged by the end results,” Rob types. “What if you didn’t live on Pandora? What if you saw it as a place where thousands of people died each day for stupid things? Jack would be a hero. He’s the guy trying to clean the place up.”

In spite of the fact I know he can’t see it, I nod. “And he’s doing what’s best for his daughter too, I think.”

The conversation eventually drifts to other topics – are fake geek guys a thing as well? – but a sort of mutual understanding is reached. We never decide on whether or not Jack has ever had Angel’s best interests at heart, but we agree that emotional distance is a theme shared by both the Tiger Mom and Jack. What is best isn’t always what is ideal or even what is desired. Oftentimes, it’s just a question of perspective.

“Why do you keep using the Badaboom on him?” A friend questions, mildly.

Handsome Jack is a smear on the ground. As soon as I was able, I had shot him with the neon-colored rocket launcher at point-blank range.

I take a minute to answer, arranging a shrug invisible to a friend.