In my very early days, I listened to a lot of Power Records, a known quantity series of comic book and record sets that chronicled the adventures of Batman, Spider-Man, Wonder Woman, Superman, The Six Million Dollar Man, Star Trek and a few other properties. They either came as a smaller 45 RPM record with one adventure or a larger 33-1/3 RPM record with up to four adventures. The 33-1/3 record sleeves were like proto comic book trade paperbacks. 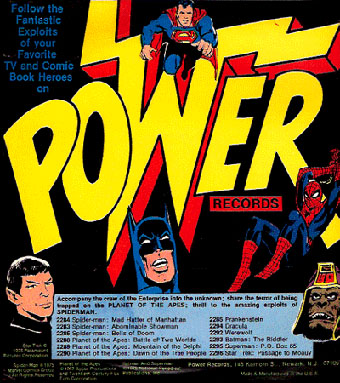 My favorite of the Power Records series was Batman: Stacked Cards. It’s a Batman story in which the Joker steals a Picasso painting and it’s up to Batman and Robin to get it back. I would study the comic and follow along with the record for what seemed like years. I pored over every panel once I’d memorized the story. Sure, I’d seen the reruns of the 1966 Batman TV series, but this was the first time, in my conscious memory at least, that Batman captured my imagination.

And thus began my love affair with comics.

Growing up in the 1980s and early 1990s was one of the best times to be a kid. Of course, I’m a wee bit biased. However, we had all that came before (Dennis The Menace reruns, Planet of the Apes on TV, the aforementioned Batman ’66 reruns) and we had some of the best new stuff ­– the 1980s was the decade that gave us the Star Wars sequels, Transformers, Masters of the Universe, G.I. Joe, Jem, Spider-Man & His Amazing Friends, Super Powers toys, Secret Wars toys, Pac-Man, Alf, Ghostbusters, the good Back To The Future movie and a whole mess of other fun stuff. All of it was akin to the kids of the 1970s getting Shogun Warriors, ROM, Mego dolls and Star Trek phasers. However, there was one item that built a rift between American kids growing up before 1985 and those born after. It was a box that often didn’t work so well after about six months of use. It was the Nintendo Entertainment System.

The NES was something of a playtime dynamo for my generation. Before its release, we ’80s indoor kids, like the generation before us, were raised on a steady diet of movies, cartoons and comic books. We’d play card games or board games like Clue or Hungry, Hungry Hippos. In the nicer weather, we’d venture outside and play games like kickball or hide-and-go-seek. Heck, I played baseball in my town’s Little League. My favorite hobby was reading comic books, though. 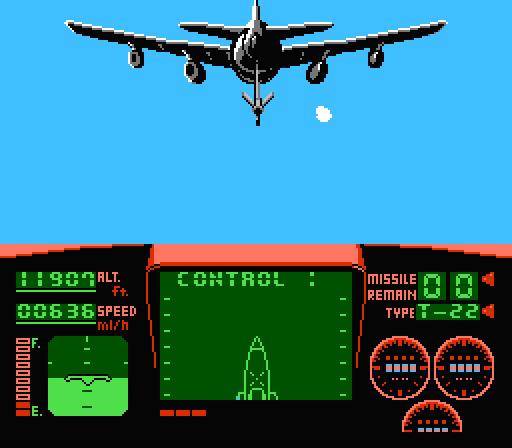 While the NES revolution was beginning, my parents were hesitant to spend so much money ($100.00) on what they thought was a fad. I was, however, allowed to read copious amounts of comic books. The first books I’d convince my parents to buy me were Batman, G.I. Joe and Transformers comics. I’d also get the occasional Marvel Team-Up as it tended to feature Spider-Man and another Marvel superhero. This eventually led to me getting old Conan The Barbarian, Amazing Spider-Man, Justice League of America, Incredible Hulk and Uncanny X-Men comics from the flea market quarter bins. While my peers (and some friends) were looking for Warp Zones, shooting ducks and collecting equilateral triangles, I was learning about the Hyborian Age, Multiple Earths and a group of strange teenagers tasked with protecting a world that fears and hates them.

As much as I loved comics, I did enjoy going to a friend’s house and playing Super Mario Brothers, Duck Hunt and Contra. Time went on and my parents were less and less opposed to owning an NES, but it still cost a hundred beans and the games were fifty bucks a pop. Also, they still thought, once I had it, I’d lose interest in a few months anyway. I mean, I was lobbying them to buy me a VHS of Transformers The Movie at the time too, and that thing cost $90.00!

So, they decided to teach me a lesson in finance. If I could save up $100.00, they would pay the sales tax and buy me any game I wanted. Over the course of a year, I saved up a dollar or two a week of allowance money (5 bucks a week). I’d collect loose change I found in couch cushions and behind dressers. I saved up birthday money. And then finally, I got money when I made my first communion. The following weekend, we went to Crazy Eddie and I was the proud owner of a Nintendo Entertainment System. The game my folks bought me? Top Gun (Crazy Eddie had an abysmal game selection).

I played Super Mario Bros. and Duck Hunt like a crack fiend in an unguarded police evidence locker. Top Gun sucked. I could never get the hang of refueling the damn plane in midair. I tried for weeks though. But, as the months passed, it turned out my parents were at least partially right. When it came to playing videogames solo, I lost interest pretty quickly. I’d play the NES whenever friends came over. RBI Baseball and RC Pro Am were great to play with friends. But playing solo? The only two NES games that caught my attention were Castlevania II: Simon’s Quest and Maniac Mansion. Every other single player game bored me to tears (literally, in the case of Who Framed Roger Rabbit?). 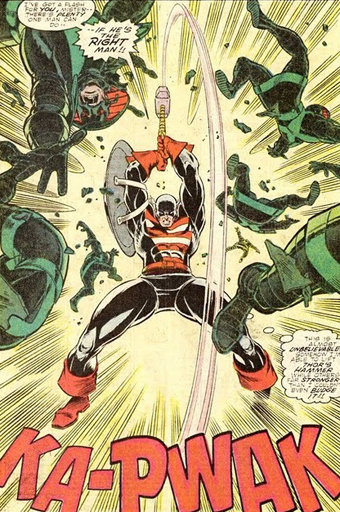 About a year after I got the NES, I picked two comics at the local 7-11 that furthered my love of superhero comics – The Mighty Thor # 390 and Uncanny X-Men # 227. In Thor, Seth invades Asgard and it’s up to Thor and his Avengers pals (who guest-starred) to put the kibosh on his plans. A battle ensues and Seth is able to separate Thor from his hammer, Mjolnir. As Seth beats on the thunder god, Steve Rogers, The Captain (he was stripped of the Captain America mantle at the time in favor of an ultraconservative nut job named Superpatriot), dove towards the hammer only to be attacked by dozens of Seth’s soldiers. And like the inscription on the mighty Mjolnir says, “Whosoever holds this hammer, if he be worthy, shall possess the power of Thor.” And oh boy, was the once and future Captain America worthy! The splash page where Cap lifts Mjolnir and smashes all of Seth’s soldiers into the air is still one of my all-time favorite comic pages.

Uncanny X-Men # 227 is a gut-wrenching comic. The X-Men are in Dallas, fighting to save a weird-alien-magic-something or other woman named Roma from a near-omnipotent enemy known as The Adversary. The X-Men, realizing they had no hope of physically besting the monster, go metaphysical and beat the agent of chaos with their combined life forces. After supposedly sacrificing themselves, Roma resurrects the X-Men. But what really struck me was when Havok says that as far as the world is concerned, the X-Men should stay dead; that they should work behind the scenes, taking the fight to their enemies while simultaneously protecting their loved ones from any retribution. The concept blew my 8-year-old mind.

Storytelling in Nintendo’s 1980s games was pretty thin. The way I saw it (and still see it, now that I think about it), if I was going to devote hours of solo time to a hobby, I wanted to be able to learn from it, to study it, to be challenged beyond simply timing a jump. I guess that’s why I dug Castlevania II and Maniac Mansion so much – they had inherently strong stories. I didn’t have a lot of friends in those days, so I subconsciously assigned the fun I had with games to the times I got to play them with the few friends I had. I loved (and still love) playing games with friends (OK, friends in the same room as me), but sitting alone and spending hours crawling through dungeons and trying to assemble the Tri-Force? Honestly, that was supremely boring.

And so, I became the comic book kid in a sea of budding gamers. In grammar school, that made me an outcast among the outcasts.

Ian Gonzales is quoted as saying the Internet was a fad in 1995. See what else he has to say on Twitter at @IanGonzales.