For much of the past month, the Rookie of the Year has had a singular obsession:

To track down a piece of vinyl.

Not just any piece of vinyl, but former R.E.M. guitarist Peter Buck’s first solo record, limited to 2,000 pressings and released on a small label known for blues and folk reissues.

Not only is it the first solo album put out by a member of the band formerly known as R.E.M. – the Rookie of the Year’s favorite band ever, period – it comes from the least likely of the final three regulars to record one. While Buck did spend every waking minute recording with side projects while he wasn’t working on his main gig, the fact that he was the only original member not to sing on the band’s records made it a shock to discover that not only did he write enough lyrics and music for a full-length solo album, he sings lead on it, too. 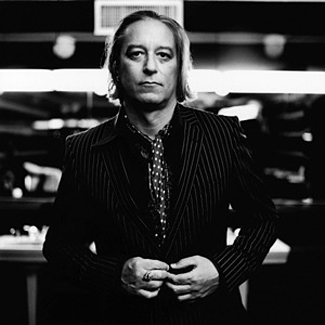 Peter Buck is a geek like any number of Unwinnable readers, the kind of music freak who hangs out in record stores pawing through half-hidden treasures. It was while working at a record store – Wuxtry Records in Athens, Georgia, in fact – where he first met R.E.M. frontman-to-be Michael Stipe in 1979.

So it’s no surprise that his solo project would be vinyl-only. That it would be limited to 2,000 pressings. And that only the craziest of the diehards would be able to track one down.

Me? I am a “who’s who” among the craziest of the diehards. For the better part of 15 years, I’ve been an administrator for the band’s most well-populated fan website, I’ve traveled (and even lived in) Europe crashing at fans’ apartments, and I even have a bootleg of a concert where Stipe talks to me from the stage and then wears my hat while singing “Losing My Religion. ”

Yeah, I don’t mess around.

So in the past month I have called, emailed or visited every record store rumored to have a copy of Peter Buck. I phoned Pittsburgh three times, and Boston, and a place in the Village every day for three weeks, and asked a buddy of mine in Chicago to keep his eye open, too. I preordered the record on Amazon, just in case. In fact, I preordered it through three different websites, two of which I had never heard of and could hardly trust.

I knew vigilance was the only way to get the album, and I was willing to talk to record store clerks who either had no idea who Peter Buck was, or knew who he was but were shocked to learn he had a new album out – let alone one that still wasn’t appearing on any shelves days and even weeks after its scheduled release.

I even stomached a conversation with a record store clerk or two who didn’t seem to have any sort of clue what I was talking about, and were probably only pretending to listen to me in the first place.

Ahh, how we will miss record stores when they are gone forever!

“This is exactly what you’d do,” my friend Steph laughed, imagining me releasing my own solo album, reveling in making audiophiles scramble for the latest Holy Grail.

She’s also the one who did the talking for me when we were standing around with Buck several months ago at the Met and I was too tongue-tied to ask him for details about the record, which at the time was little more than a faintly whispered rumor on a Seattle alternative weekly’s web site. 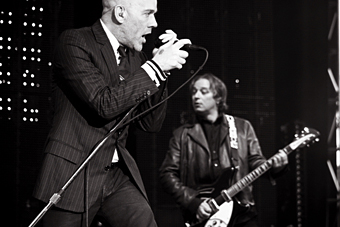 Oh, that? It’s no big deal. Something I just had fun with, was essentially how he described it to her.

But what he should have said was:

It’s no big deal. But your friend’s beard hair will turn snow white looking for it.

When R.E.M. broke up a year ago, I threw a funeral for the band, complete with song-related snacks, a trivia contest with prizes and even an impromptu frame-by-frame lecture on the brilliance of the “What’s The Frequency, Kenneth?” video.

On New Year’s Day, 2012, after a long night of drinking, I woke Unwinnable Editor in Chief Stu Horvath up by blaring “Shiny Happy People” in his ear.

In other words, I’m exactly the kind of fan Peter Buck wanted to furiously track down a copy of his album.

And now I have three of them.

The Monday afternoon I raced to the record store to get my first copy – it finally arrived at the Village shop I’d called every day, which ended up with possibly the only 10 copies in all of NYC, one per customer – I felt something I hadn’t felt in a very long time. In the age of MP3s, and after the demise of R.E.M., that release-day thrill I used to feel seemed gone for good.

Peter Buck found a way to bring it back.

Like I texted my girlfriend Amelia from outside the shop:

Matt Marrone’s R.E.M. funeral party was epic, so you can stop your snickering. Follow him on Twitter @thebigm.