I know better than to go to a film showing before 8 p.m. on a Friday night, but recently I found myself doing so anyway against my better judgment. With all its almost-year-round rain and drear, Portland rarely feels alive apart from at the end of the workweek. If you catch a movie past the end of Happy Hour, most who you might’ve shared theater space with have probably already started the migratory shuffle to their restaurants and bars. 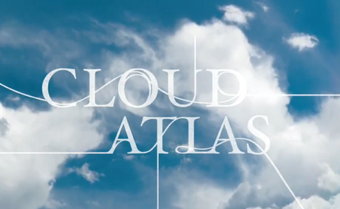 Usually, I go to those later showings. I don’t want to deal with rabble talking loudly amongst themselves, roaring with laughter over moments that aren’t meant to be funny or, most irritatingly, checking texts or social media (the latter annoys me to the point that I once stopped following someone on Twitter because they were live-tweeting their boredom over a film they were watching) that often accompanies more crowded showings for a mainstream release.

The almost full house for the 7:45 Cloud Atlas didn’t come as much of a shock, though I was a little taken aback at how many people were apparently interested in its premise. Didn’t this film seem too, I don’t know, convoluted for the average moviegoer? Chalk it up to star power marketing, I guess, or morbid curiosity. Or both. Still, hoping for the best, I walked up the theater stairs, spied a seat and squeezed in between two couples.

I didn’t go into the film ­– a very basic, loose adaptation of what I imagine is a far deeper, enriching novel that imparts a more thematically meaningful experience – with much confidence that it would be especially fulfilling. Hollywood tends to peg films over three hours as tantamount to box office suicide, so filing down Cloud Atlas’ enormously ambitious narrative, which suggests a transcendent summit exploring human nature and the supposed metaphysical connections that exist across time and space, seemed next to impossible (especially given that its deft editing spans six different timelines from the mid-19th century to a quasi Waterworld­-esque post-post apocalypse).

The man sitting to my right acted as though he had never seen anything violent in his life, if he had ever seen a movie at all.

In theory it’s all weirdly high-concept made even weirder by the principal cast each playing multiple roles involving a lot of heavy-handed makeup transformations that, at times, make it hard to take seriously. Unfortunately (but not unexpectedly) the script has so many logistical hurdles to track that even with a nearly three-hour runtime only a handful of characters retain any real emotional resonance; any muted, bland action notwithstanding, the better moments are found in Cloud Atlas’ quieter scenes. Far from intellectually or philosophically rousing, a cheap, sentimental conclusion also smacks of being too neatly populist – hardly the grand unification theory it might’ve been, not that I had thought the film would actually deliver otherwise.

Yet the anthropological study I had apparently stumbled into was enthralled. The man sitting to my right acted as though he had never seen anything violent in his life, if he had ever seen a movie at all. Small murmurs of “Oh shit,” and “Oh, God,” punctuated my viewing of the film – which, by the way, is pretty tame in terms of graphic bloodshed – at any moment where there was tension in either the plot or action. There was also laughter and audible reaction to actors showing up as opposite-sex characters, another odd tic the film perhaps overuses. Somewhere in the middle, the man flanking my left started loudly shovelling great handfuls of popcorn into his mouth, at a point with very little sound, for what felt like an eternity. 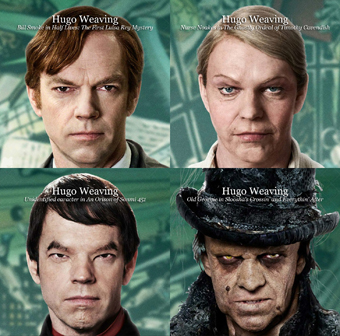 Several times I was embarrassed for the rest of the theater.

By the time the credits rolled, you could sense the overwhelming approval of the audience. You can gauge a lot from engagement with film credits. Most of the time people can’t be bothered to take a moment to let whatever they’ve just seen sink in. Cloud Atlas makes it a point to show quick montages of all the characters each cast member played, given nearly everyone has walk-on appearances as various extras in each timeline aside from their main roles; the footage rolled mid-exodus, and just like that nearly everyone stopped in their tracks, standing or sitting back down, audibly oohing and ahhing at the startling revelation that actors could look so different.

It was not a high moment in the study of popular sociology. As the montages were replaced with scrolling text, the freshman-looking son of an older woman tried to loudly get his mom out of the theater – he clearly couldn’t be bothered to sit thinking for even a second longer. “I’ll be outside,” he announced before promptly making his exit.

Less than five minutes later he appeared at the base of the stairs, quickly raising his arms in impatient exasperation. I had to stifle a laugh. But given that Cloud Atlas, despite having little more depth than a thimble, might inspire fleeting, surface-level contemplations of the big questions, such external performances can’t inspire much surprise.

Steve Haske could probably stand to get out more. Send him suggestions of where to go next on Twitter @AfraidToMerge.

What is BBC Doing Right Now to Try and Compete With Netflix?
Previous Post