It’s fitting in a time of sudden loss and slow recovery that my Album of the Year is the ghostly soundtrack to a French television drama about the dead coming back to life.

It’s also appropriate in a year when words could only do so much – and nearly always failed – that my Album of the Year is almost entirely instrumental. 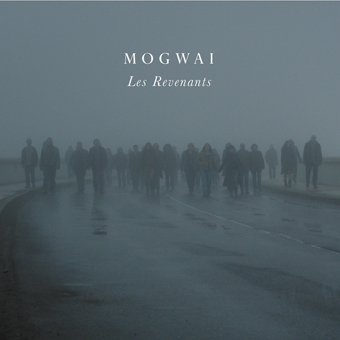 The walking dead of Les Revenants – the French show that provides the title and inspiration for Mogwai’s remarkable record – are not zombies; they are everyday people who don’t know they’re dead. In the opening scenes of the pilot – the only part of the show I’ve seen, lacking an English subtitled version – a school bus full of children careens off the side of a mountain road.

After the Mogwai-driven opening credits roll, a schoolgirl, Camille, climbs over the guardrail, back onto the road, and breathlessly makes her way back home – where her mother, hearing sounds from the kitchen downstairs, watches as her dead daughter fixes herself a snack.

That’s all I know about the show, which is set in a mysterious town that has drawn comparisons to Twin Peaks, to which I am an outspoken devotee.

So I don’t quite know how each Mogwai track pairs with the visuals and the plot lines and the characters. All I can judge the record on is the music itself:

Most of all, there is that restraint. Never does a song swell to the heights of “Death is the Road to Awe” – the climax of The Fountain soundtrack that Mogwai recorded with Clint Mansell and Kronos Quartet.

But while that could sometimes make Mogwai’s record less immediate than this year’s runners-up – the throbbing pop of Chvrches’ The Bones of What You Believe, the raw indie rock power of Savages’ Silence Yourself, the emotionally and racially charged vanity of Kanye West’s Yeezus, the anachronistic but pure throw-your-head-back-and-dance pulse of Daft Punk’s Random Access Memories, the instant familiarity of Laura Veirs’ Warp and Weft, and even the quiet catchiness of Yo La Tengo’s Fade – it didn’t keep it from sticking with me as the months turned from cold to warm to hot to (prematurely) cold again. 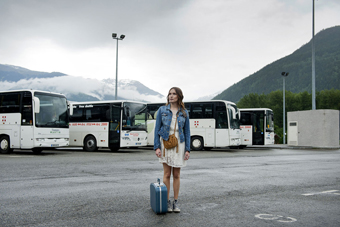 Any or all of the runners-up could have been a fine choice for Album of the Year. But none of them truly fit. My Unwinnable readers already know what has defined my year, so I won’t go into it again (newbies click here). Perhaps it’s the fact that those records are packed with words and ideas and messages that make it impossible to pin them down as emblematic of a year so jumbled with emotion. There is no chorus or couplet that wraps up 2013 in a nice, tidy bow.

There is only the mournful sound of Mogwai.

And then there’s Track 13 – “What Are They Doing In Heaven Today?” – the album’s lone vocal cut, a well-worn tune attributed to 1920s Texan gospel singer Washington Phillips.

It may not be “Get Lucky” or “Blood on the Leaves” or “We Sink” or “She Will”, but it may be the only song in a year of great songs that really had something to say to my soul:

I’m thinking of friends whom I used to know,
Who lived and suffered in this world below
But they’ve gone off to heaven, but I want to know
What are they doing there now?

There’s some whose hearts were burdened with care
They paid for their moment to fighting and tears
But they clung to the cross with trembling and fear
But what are they doing there now?

And there’s some whose bodies were full of disease
Physicians and doctors couldn’t give them much ease
But they suffered ’til death brought a final release
But what are they doing there now?

There’s some who were poor and often despised
They looked up to heaven with tear-blinded eyes
While people were heedless and deaf to their cries
But what are they doing there now?

For an agnostic, I’ve had more reason to wonder about heaven than ever before.

And here’s a prayer for next year, too.

Music, Rookie of the Year, TV

Showdown at the Mall Christmas Kiosk