About a week after moving into my town in Animal Crossing: City Folk, Nintendo sent me a headstone.

The morning (or, as is more likely, afternoon) started out innocently enough; checking my mail, I saw that I had received a letter from Nintendo with a present enclosed. “Why would Nintendo send me a letter?” I thought to myself. I assumed this was customary for new residents, although if that was true then why it arrived on this particular day I had no idea. Nevertheless, the parcel addressed to me was from the Big N. It read like something a Mafioso might suggest as a way of helpful persuasion. 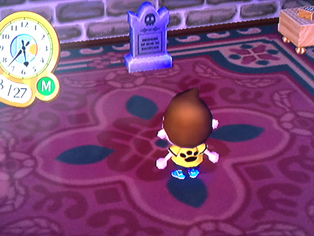 “Dear H,” the letter began. “No need to wonder who this headstone belongs to…It belongs to you! Not that you’re…You know what we mean! Happy decorating!”

Imagine for a minute that Animal Crossing was a real place and that was part of your “welcome to the neighborhood” package. How exactly would you react? A bit of real-life backstory: my debut magazine cover story, a harsh-but-fair look at Nintendo’s silence and alleged hubris over its cagey plans for the upcoming Wii U, just hit newsstands. While it’s highly unlikely that the real Nintendo found me through some hidden online stalking tunnel buried in City Folk’s code and subsequently mailed me a veiled death threat, I like to think that whatever care package algorithm I stumbled into had, at the very least, a sick sense of irony. As a friend appropriately put it, “That is a horse head in your bed.”

For a few days I wondered what might happen in the game. Is it possible to die in Animal Crossing? I doubt it. The headstone looked menacing sitting in my tiny living room, yet I continued decorating, which everyone knows is one of the cornerstones of this odd little series.

For a game whose main purpose seems to be to live out all the mundanity and everyday excitements of an average existence, it’s fitting that the notion to play Animal Crossing ­– a series I have spent virtually no time with since its first appearance on the Gamecube – came to me completely at random. Maybe it’s my affinity to classic Harvest Moon; the idea just popped into my brain without warning a few weeks ago in a fit of ennui. Animal Crossing would provide a different sort of experience, I knew.

It does. There is little to do in town outside of various means of self-expression (do you want to fish or catch horned beetles?), socializing and a sort of slavish commercialism. In City Folk you and the game’s NPCs all have your own houses that you can decorate and Feng Shui the hell out of, if that’s your thing. Many conversations you have with your anthropomorphic animal neighbors revolve around fashion or home decoration and, since most of them seem to be just as bored with sleepy village life as you theoretically are, they ask to swap items a lot. (For whatever reason I’ve received a lot of requests for commonly caught fish in exchange for rugs and wall types.)

Tom Nook, maybe the closest thing Animal Crossing has to a business tycoon, loves to sell all manner of flooring, floor coverings and walls in a wide variety of materials at the 24-hour convenience store. If you play this game you’ll end up with far more home décor than you will be able to fit in your house, even as it becomes upgraded. You can expect to make a lot of trips to Nook’s or the recycling center to unload it all; it’s as essential a part of your whenever routine as talking with your neighbors or visiting the city. 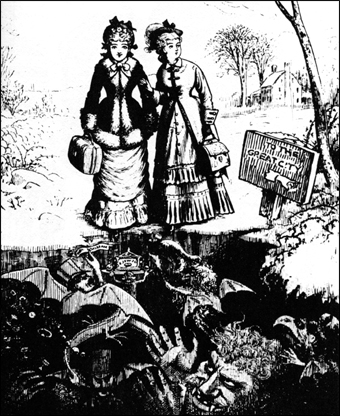 The city that lies beyond your town in City Folk trumps all. It’s a shining beacon of hope that you must take a bus to from the center of your comparatively rural hamlet and every animal knows it. Urbanites can relate; there’s nothing quite like being in the epicenter of a thriving, bustling organism pulsing with the opportunities and excitement that only the diverse populace of a metal and glass-lined sprawl can provide. My friends in town speak of the city as a mecca that will take them away from their peaceful life in this gentle sloping hinterland nestled next to the sea – if only for a day. They go, as I do, to stimulate themselves with new material goods and fashion (you can get your hair cut or have your shoes shined) and entertainment as they do to oil the gears of Animal Crossing’s capitalism. There’s nothing wrong with that. What else are you supposed to do in a virtual city?

There’s a biting irony once you arrive in the city in how little there actually is to do, not to mention the fact that it takes up far less real estate than your town. For whatever reason, I never ran into my friends from L Town (the name of my town – The “L” stands for Lobster, incidentally) while I was there, only assorted NPCs seemingly generated at random that lamented on how few bells (Animal Crossing’s currency) they had, or whether or not going to the fortune teller would reveal something about their true love. Occasionally Phineas, the so-called prize man, has set up camp in the city square – he will give you a trinket of your choice, like a windmill or a bubble wand, which, as the game goes, is good merely for its own entertainment value.

So the city actually has a kind of crippling existentialist effect. You can find meaning in it, I guess, by purchasing things and changing your appearance, as your neighbors might. But in the end everyone ends up back in L Town, or wherever, forced to contemplate their existence in the serenity of a calm forest or lapping beachhead. Like Harvest Moon, there’s much more to do in your daily routine: you can collect items to sell like plants, furniture, bugs and fish (necessary if you want to get out of indentured servitude to Tom Nook, who plays both salesman and banker when it comes to the mortgage on your house), absorb some local flavor by having conversations with your neighbors, give fossils to the museum, partake in the festivities of town events (I’ve missed all the fireworks shows this year thanks to City Folks’ real time in-game clock), enjoy a nice cup of joe (but only one!) at a small, secluded bar tended by a bird named Brewster. Your town is where all the game’s surprises lie, like when Camofrog randomly approaches you to play a game of hide and seek, or Pudge asks you, in his strangely melancholy way, to catch him a particular kind of fish. The city is all flash and distraction, but that’s exactly the point – it’s just a vessel for you to style your own self-made expressions elsewhere.

Your neighbors also have weird issues that seem to come out of grasping at identity. A conversation among two hog neighbors I witnessed had one asking the other if she was into the whole “natural beauty” thing, implying, like some dirty hipster girl, that she never bathed. The second party took a lot of offense at this, naturally, but it seemed clear that the conversation started out of some form of pernicious amusement.

In another conversation, the same hog girl who was accused of a lack of hygiene asked Camofrog if he had given any thought to what he wanted for his upcoming birthday.

In the midst of the bright, cheery world of Animal Crossing there’s self-consciousness, doubt and depression. Art imitates life, I guess.

“I dunno…” he started. “Maybe…true love…or some junk?”

“Aw, Camofrog…” Hog Girl (whose actual name escapes me) replied. “Are you lonely?”

Dark purple swirls enveloped both NPCs’ faces. Both told me they weren’t in the mood to talk after that. In the midst of the bright, cheery world of Animal Crossing there’s self-consciousness, doubt and depression. Art imitates life, I guess.

Still, there is something uniquely strange and wonderful about Animal Crossing. That there isn’t really a “point” is an interesting statement alone, both in terms of our expectations for games as well as the instant gratification center we play them to titillate. In the age of social media and in-app purchases, its design is especially fascinating: falling into rampant commercialism is only an investment of your time and whatever bells you can make for yourself in-game; there’s no insidious corporate bottom line being shilled here (if you want a terrifying glimpse into that future, try the new Simpsons iOS game, Tapped Out) and living to shop, as it were, is just a way you find out who you are, or want to be. Time will tell whether bloated money-grubbing will find its way into the next Animal Crossing outing, but at least these relics are more or less beyond its reach. And while I’m still alive and kicking in L Town, at least, that’s something to enjoy.

Steve Haske’s neighbors were depressed and self-conscious because they followed him on Twitter. You can too, @AfraidtoMerge.