I play videogames because they put me into a space that feels entirely separate from reality. For years, when I was in the throes of depression and using marijuana to self-medicate, I abused this aspect of gaming. I’d get high and spend hours playing Wing Commander or X-Wing, ensconced in the experience and trying to ignore the outside world for as long as I could, even fighting sleep to delay stepping out of that safe, distracting space playing videogames.

A videogame surely had to be a sort of consensual hallucination, a result of the increasingly deep and engaging universes I was being offered.

I’ve always thought of that space as being merely a virtual place, something more conceptual than real, because there’s no physicality to it. I’m torn about considering Internet-only friendships as real for the same reason, because the physicality of human communication matters. They aren’t entirely illusory friendships any more than playing a videogame isn’t a real experience, but the lack of eye contact and body language makes me hesitant to denote reality upon the friendship.

I never feel like I’m entering a different space when I read or watch television or movies or listen to music. It’s all still part of my baseline reality. Videogames are obviously different because they’re interactive and participatory, but the feeling of being in a different space when I play a videogame surely had to be a sort of consensual hallucination, a result of the increasingly deep and engaging universes I was being offered.

Then I let someone I was extremely close to into that videogame space with me, and now I’m not so sure anymore.

My cat Rufus loved to hang out with me while I played videogames. I’d sit down in my gamer slouch chair and he’d stretch out right in front of me, a 26-pound distraction I couldn’t help but give attention to whenever my hands could come free from the control pad without consequence. I could invariably depend on Rufus keeping me company during a gaming session and I loved it.

Downloading the Xbox 360 version of Minecraft was every bit the mistake I’d suspected it would be. I had ignored the PC version despite all the hype because I knew I’d become addicted. Minecraft is like playing with Legos, but you actually create the Legos before you build with them.

I love Legos. Rufus and I spent a lot of time playing Minecraft together. I also love the Minecraft soundtrack, and like to sing out my own spontaneous lyrics to songs.  Much to the amusement of my wife, they’re usually related to whatever is going on at the time – I will sing a song about how she’s making a mess in the kitchen or how we’re stuck in traffic. One of the pieces in the Minecraft soundtrack turned into a lullaby for Rufus. 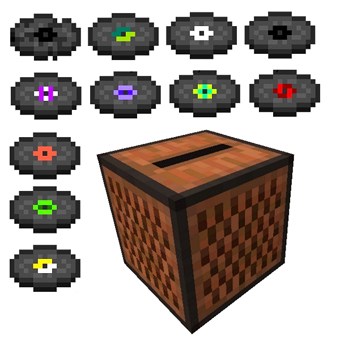 you hit up this link to a compilation of Minecraft music, the very first song that plays is the song I’m talking about. Now add the lyrics “I love Rufus, he’s my kitty. I love Rufus, he’s my gato,” throw in some variants around the same theme and with the same cadence to the recurring melody and you’ve got the idea. Yes, it’s embarrassing as fuck to admit this, but understand that my wife and I adopted Rufus from a shelter and then spent four months treating a fungal skin infection, many thousands of dollars on fixing poop blockages and treating other assorted nonsense which required a lot of money and time to fix because he was the best cat in the world.

All he ever wanted to do was cuddle with people. If my wife or I sat down on the couch he’d be passed out, head on our leg, within minutes. The night we adopted him, one of the vet techs from the shelter had to run out and hug him goodbye. “You’re getting a really special cat,” she told us. She was absolutely right. Everyone who met him loved him. My wife turned Rufus into an Internet character and was constantly bombarded with requests from people who wanted more Rufus stories. So, yes, I sang lullabies to my special, sweet, awesome and huge cat. And when he developed really serious medical issues that required the installation of a feeding tube, and liquid feedings four times daily, and medicines, and other special care, it wasn’t a choice. Our boy got what he needed.

Rufus would still lay down in front of me sometimes while I played Minecraft, but often he’d lie close by with his head resting on the edge of the ceramic water bowl that bubbled in the living room, which is something cats do when they’re feeling nauseous. Rufus was still close to me when he did this, so while I was playing Minecraft, I’d sing the lullaby to him, but now it was different. It really was something I thought might soothe him. His eyes would droop and close whenever I started singing the lullaby softly.

After eight weeks of intensive medical care, which dominated the lives of both my wife and myself, which cost us way too much sleep and required several more thousands of dollars’ worth of treatment – after getting all the medical evidence in the world that his treatment was working and that Rufus would finally get better and we could remove the feeding tube – his kidneys collapsed suddenly and we had to put him down. We had him for less than four years, not nearly enough time to appreciate him. 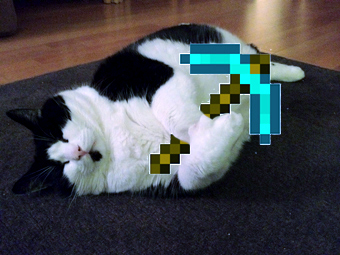 When I load up Minecraft and step into that particular videogame space, I can feel the emptiness of Rufus’s absence more keenly than I’ve ever felt the absence of anyone I’ve loved who’s died. When his lullaby song comes on it’s all I can do not to burst into tears, and I often don’t bother trying. I started up a new Minecraft world shortly after Rufus died because I couldn’t stand to be in the world he and I had “built together,” but it doesn’t matter. His ghost is still there in the new world, haunting me.

And it’s not just Minecraft. That’s one particular location within this videogame space. Rufus hung out with me when I was gaming, period. For a while after his death I could barely stand playing videogames at all. It was like being in a room filled with familiar objects that belonged to a loved one who’s died. Sometimes when the grief is too fresh you actually cannot tolerate being in that space because the grief is waiting for you there.

That space is defined as much by the emotional reality as by the physical. The space we’re in when we play videogames might be no different.

Dennis Scimeca is a freelance writer from Boston, Massachusetts. He blogs at PunchingSnakes.com, and you can tease him for singing cat lullabies on Twitter: @DennisScimeca.