First things first: you can expect spoilers for Inception, Spec Ops: The Line, and Mark of the Ninja starting from the very next paragraph.

At the end of Inception, when the screen goes black before the spinning top topples over (if, indeed, it ever is going to topple over), the entire cinema sighs with frustration. Every single time. Whether or not that spinning top fell over or not would let us in the audience know if Dom Cobb had managed to fight his way out if his own subconscious back to reality or if he was still trapped within his own subjective dreams. But the film refused to let us know, and we couldn’t stand that. 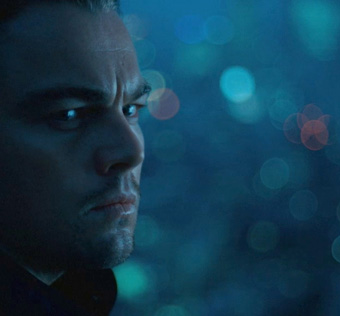 While Inception was still at the cinema, my Facebook wall was again and again crowded by huge comment threads as people tried to piece together the clues that were surely left somewhere in the film that would let us know, ultimately and objectively, whether or not Cobb made it back to ‘reality’. As an audience, we craved the knowledge of the truth about the world he was in.

But the whole point of that final scene – or indeed, the whole film – is that we can’t know any kind of objective truth about the world, that we always only know the world subjectively, constructing it with our senses even as we perceive it. When Cobb sees his kids, he doesn’t wait for the spinning top to fall because he realizes it doesn’t matter. Reality is what the mind perceives through the body. Sure, there might be some objectively ‘real’ world Out There beyond our own bodies, but we’ll only ever perceive it through the prejudices of our senses. We never, not in a day of our lives, get to see if the spinning top falls over or not.

This is doubly true for the worlds of videogames. We never objectively know these worlds. Instead, we comprehend them subjectively though a combination of our own bodily senses and the body of the playable character. How the playable character perceives their world greatly skews how we, as players, perceive it through them. Imagine if you dropped Just Cause 2’s Scorpio in Liberty City, or Grand Theft Auto IV’s Niko Bellic in Panau. How you engage with and comprehend those spaces would feel dramatically different, even if the world itself was objectively the same.

This is something I have previously touched on when I wrote about the MASH episode, “Point of View” and how the embodied perspective of that episode changed my spatial understanding of the 4077. But there seems to be a trend in recent videogames to explicitly comment on the necessarily subjective way that we understand videogame spaces through the playable character. More and more often, games are plunging us deep into the character’s subconscious, then not letting us stay around to see if the spinning top ever falls over. Just like reality, these games refuse to give any clean-cut answers about what is, in fact, real. 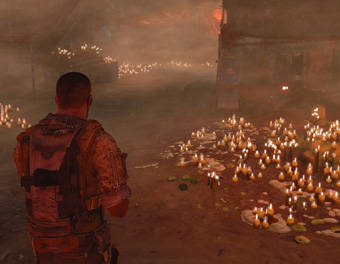 The most obvious example is Spec Ops: The Line, where Walker’s reality becomes increasingly questionable as he progresses into Dubai. Quite a while into the game, the hallucinations become explicit, as enemies transform into mannequins, and Dubai transforms into hell. But even before that, right from the start of the game, there are clues that suggest the world is always subjectively skewed by Walker’s senses. For instance, Konrad’s face appears on billboards right at the start of the game, suggesting we are walking through a world altered by Walker’s obsession and memories.

The end of the game refuses to give us clean-cut answers, too. Was Konrad a figment of Walker’s imagination? Was Walker a figment of Konrad’s imagination? Was everyone real? Was anyone real? Who knows! The point is we don’t – and can’t – know. All we can know is what Walker’s senses and our sense let us know: a subjective version of the world constructed just for us.

But we refuse to accept this. No matter how often we are told we can’t know the world objectively, we still fill our Facebook feeds with discussions about the spinning top falling over (or not falling over). Even so soon after Spec Ops taught me I can never know the world objectively, I was still taken completely by surprise when Klei’s Mark of the Ninja taught me exactly the same thing.

In Mark of the Ninja, your character is an elite ninja who has received tattoos of a special toxin to give him ultra abilities. The mythology goes that once the tattooed ninja fulfills his duties to his clan, he is honor-bound to kill himself before the toxins send him mad and render him uncontrollably dangerous.

At first I don’t pay too much attention to the story – I’m too focused on just being a really cool, badass ninja. Just moving through the world, lurking in the shadows, swooping down on unsuspecting guards, becomes mind-numbingly pleasurable. I let myself give in to it. The story becomes hazy, like just another part of the screen outside my field of vision. Just something in the background. 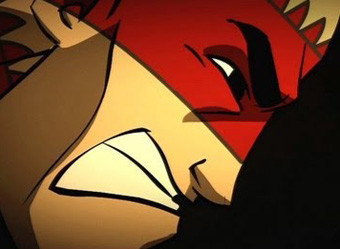 But as the game progresses, not long before it ends, I realize that the haze over the story is the toxins themselves. At some point, I’m not quite sure when, both my character and I go mad. I didn’t care for the story, and he didn’t care for his mission. We both just wanted to hunt people. The moment of the story where I originally think I valiantly rebel against my traitorous master I later realize is just the moment I went insane, refused to honorably kill myself, listened to the voice in my head and became a monster.

Up until the very end, even once I know my own senses are untrustworthy and constructing a world for me that isn’t real, they are all my ninja and I have to go on. Our hallucinations can kill us, because they are real for us. There are truths I can never know, because they exist beyond the comprehension of my ninja. Did my master really betray me, or did I betray him, or both? That woman said he did, but is she even real? Who can I trust?

The answer is no one. Space is subjective. We can’t trust the world to ever present itself to us as objectively true – we construct it as we perceive it. In Mark of the Ninja, I never can know a whole space or level at any one time. Moving through each stage, despite my omniscient, side-on perspective, rooms blur in and out of existence if my ninja can’t see them himself. In New Game Plus, just like the guards, my ninja has his own cone of vision, and the vast majority of the screen disappears into a blurry haze. Through my ninja, as through my own body, I can never see the real world. It is a fleeting and unreliable as a red silhouette memory of where a guard used to be standing.

There is no right decision to make at the end of Mark of the Ninja or Spec Ops: The Line because I simply don’t have access to an objective truth to make such a judgement. There is no truth. The objective realities of both Mark of the Ninja and Spec Ops: The Line, encoded into the hard data of the games, are themselves subjective – unstable, contradictory, unreal. More so, the games make sure I know that I know that I can’t know the truth. They show me the spinning top, and then they snatch it away.

Brendan Keogh is constantly trying to figure out what is real and what isn’t on Twitter @BRKeogh. You should know that Mark of the Ninja was written by Chris Dahlen, an Unwinnable columnist who has worked as Brendan’s editor in the past.