It’s the time of year when the conversation turns to annual Best Of tallies. I put my hashmarks into Unwinnable’s roundup. Technically, my favorite game of 2012 didn’t even come out in 2012, but my admiration for it spans such Gregorian constraints. I loved this game more than any other, because of its unrelenting instruction in the virtues of patience, humility and grit and most importantly, the joy to be found in suffering. My game of the year for 2012 was Dark Souls.

If the game had your life snuffed out instantly, it would leave no room for agony, no space to limp forward feebly, no chance to wonder if your friends will throw you under the bus as soon as they get the chance.

My feelings about Dark Souls, and the things it encourages me to consider, surpass mere game of the year conversation, though. I haven’t connected with a game the way I did with Dark Souls in a very long time. It taught me so much about design, having faith in the audience and why I enjoy the things I do. Specifically, it made me realize that I love games that provide profoundly negative experiences.

The suffering is really what’s essential here. Dark Souls’ difficulty is legendary and wholly embraced by its developer From Software, which gave it the promotional tagline “Prepare to die.” But the truth is, the rumors of your death may be greatly exaggerated. Do not mistake me – you will die. The thing is, every time you do, you will know why and you will learn something. Above all else, Dark Souls is a game about the folly of hubris. Your recklessness and vanity is your undoing. You suffer, but in suffering, you grow. Or at the very least, you survive.

I’ve come to realize over the last few years that I love these kinds of games. I crave suffering. It’s not the only thing I enjoy – I get plenty of satisfaction trading wheat for copper in Anno 2070 or wandering to a fjord in Skyrim – but the games that are closest to my ragged, battered heart are the ones that you’d find at a fight club in a filthy underground parking garage. Or maybe in a corporate boardroom, or the halls of Parliament, giving you a Cheshire grin while sharpening the dagger bound for your back.

There’s a vital component to these experiences, though: they must be fair. I will have no truck with bullshit. Holding the player’s progress hostage in the name of difficulty feels hollow. For example, say there is a sequence of challenges and you keep failing on the third. For some reason, the game’s designer decides you need to repeat the first and second challenges in order to be able to attempt the third again, despite the fact that you have already demonstrated your competency with the first two. It’s pretty easy to see that as arbitrary at best and, more aptly, just wasting the player’s time. Upon successfully completing some challenge, I guarantee that 99+% of players utilize the exact same approach if forced to repeat it. And therein lies the path to rote repetition and boredom. 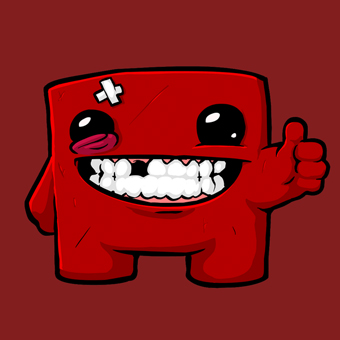 Notoriously difficult games like Super Meat Boy work because even though perfect execution is demanded, it’s execution of a very small, specific challenge. Edmund McMillen, designer of SMB, went into great detail about his thinking in this regard. And on Mark of the Ninja, I tried to ensure the same. The game’s checkpoints are generally at the scope of one “encounter” and once the player has completed it, they’re never forced to repeat it should they fail on some future encounter.

Dark Souls is interesting because it avoids this problem in a different way – by always ensuring you’re learning something. Because Dark Souls is so precise and fair, even if there are some enemies between, say, a boss and your last checkpoint, I promise you’ll always be learning something as you make your way through them, even if all you’re learning is how to get past them without engaging them. And in Dark Souls, that’s no minor feat.

Now, having unpredictable elements is fine. You never know when your malaria might flare up in Far Cry 2, but you know that you’ll have a clear, fair means to react. Jim Rossignol over at Rock, Paper, Shotgun made this observation earlier in the year, saying Games are Best When Things Go Wrong. And what he identifies is that critical characteristic: that when things go wrong, the game asks, “What do you do now?” If the game had your life snuffed out instantly, it would leave no room for agony, no space to limp forward feebly, no chance to wonder if your friends are actually lying to you and will throw you under the bus as soon as they get the chance.

This extends past digital games as well. I play a lot of board and tabletop games and my favorites are all about feeling really, really terrible. The Battlestar Galactica board game overwhelms its players with paranoia, suspicion and mistrust. BSG has several important roles held by a single player that will sometimes involving making a critical decision. But the game asks, “Are you sure the Admiral isn’t a Cylon? Are you really sure?” The Game of Thrones board game is built so you can’t win without forming alliances with other players, but as only one can sit on the Iron Throne, it’s not a question of if you’ll be betrayed, but when.

Going even further, there is a tabletop horror RPG called Dread that uses a Jenga tower as a core mechanic to create ever-ratcheting tension, and damned if it doesn’t work. In brief, to accomplish anything meaningful in the game, the players must pull from the Jenga tower. They can stop at any time, but whatever they were attempting will not succeed. However, their character will be harmed, and always lethally, if the tower topples. As with Dark Souls, it’s always in the player’s hands. 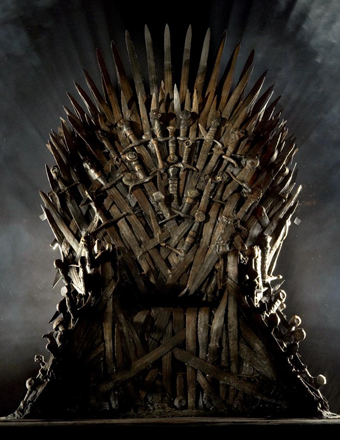 Is the appeal of these games that I can suffer safely? It could be. I can feel these profoundly negative emotions without having to actually suffer the consequences of being deceived, betrayed, battered, etc. While calling these emotions fun seems inaccurate (I’m not going to open the whole “Games must be fun” can of worms now, but suffice it to say, that notion is totally bunk), they’re certainly … exciting? Engaging? Interesting? Whatever they are, they’re goddamned awesome in the right context.

There’s a notion of the “magic circle” that games exist within that makes them a special microreality that has its own rules. The notion was coined by Dutch cultural historian Johan Huizinga and it explains why we call two people battering each other into unconsciousness in a special area boxing rather than felony assault. So too might these negative emotions be experienced without serious consequence.

Does that trivialize real deception, suffering and betrayal? I have no idea. Maybe it’s good to allow your inner sociopath to run free for a bit.

I was playing another game recently, which I shan’t name but will say it may have featured George Washington and a guy in a sweet white hoodie. While there were a few things I enjoyed about the game, my most common feeling upon completing mission or task was, “Thank God I never have to do that again.” It was never a feeling of elation or accomplishment. It’s more the feeling one receives when successfully filling out some great ream of government paperwork – relief that it’s done. The game is bereft of challenge or consequence, beyond wasting your time. It’s awash in arbitrariness that doesn’t encourage players to adapt their approach or learn; they’re just straitjacketed into a diminished possibility space.

There’s this notion, especially in smaller games, that games must be accessible and inoffensive. That nothing truly bad or negative can ever really happen. The worst they’ll do is engineer frustration and annoyance and then hideously ask you to pay for the privilege to have said poor design removed. Bullshit, I say. We should be suffering more. Torment, misery, suspicion; these emotions imprint experiences on us. They make our experiences more valuable, more real and more memorable.

Dark Souls is demanding, but you get out tenfold what you pay in.  The catch is you have to pay in blood.