I finished the third episode of The Walking Dead with a slightly disturbing sensation: a real affection for the characters in the game, including the protagonist, Lee and especially his near-surrogate daughter, Clementine. The others were pretty close to my heart too, a varied and fleshed-out crew of randoms who became a part of this group out of necessity. As horrific things happen to each one of them, I watch with genuine empathy, and I worry for them. But these are videogame people.

The truth is, I’ve been through more with these scripted, programmed, polygonal people than I have with some of my best friends, not to mention the very real people that make up our acquaintances at work, chefs and attendees at our favorite restaurants, and talking heads we interact with on the Internet. We’ve faced death, shared some of our darkest secrets, and indulged in very little small talk. Because the stakes are higher, each conversation and action is rife with deeper meaning. It’s downright eerie how much thought I’ve given toward Kenny’s depression or Lily’s bitterness and paranoia. During the time I spend with them, I’m analytical and intentional. Our relationships teem with purpose. Every bit of dialogue is loaded with possibility and open to interpretation.

Once we understand them fully, we see that these games are not escapism, and their characters aren’t mere exercises in wish-fulfillment. They’re well-crafted people whom we’ve had a significant amount of time to get to know.

It’s not the first time I’ve cared deeply for digital imposters, either. I remember playing Half Life 2, desperately wanting to save Alyx Vance, not because it was my arbitrary mission, but because over the course of hours and hours of gameplay I had spent with her I had protected her, she’d protected me and, well, she seemed to kind of like me. If there was ever a videogame character I’d had a crush on, it was Alyx Vance, which is probably why her dad intimidated me so much, even when he seemed like such an unassuming and nice fellow.  After a while he overcame that intimidation by his dogged and obsessive care for my well-being, and I started to like him too. I thought about how much fun it was to hang out with these two.

This is all very stupid. These are fake people. They’re dreamed up in order to fit discreetly into our escapist fantasies, which may be part of the point. But both The Walking Dead and Half Life 2 are more than escapism: they’re resonant statements (or questions) about the lives we lead. They call to mind real-world circumstances and possibilities.

Once we understand them fully, we see that these games are not escapism, and their characters aren’t mere exercises in wish-fulfillment. They’re well-crafted people whom we’ve had a significant amount of time to get to know. And that sensation isn’t limited to the medium of videogames. 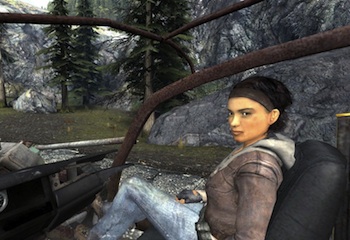 Books give us the same prolonged experience with and insight into a protagonist, offering up their thoughts like openly. The reader spends hours delving into their psyche and relating to their trauma, their struggles, and their victories. It’s no wonder we found ourselves pining after Harry Potter in between books or moving on as quickly as possible to the next installment of the Hitchhiker’s Guide to the Galaxy.

We miss Harry. We miss Arthur Dent. And we miss their friends, just as they would.

Films are slightly less trying in this way. Two hours is enough time to root for someone, but barely enough time to truly feel a personal connection. We walk out of the theater happy about the abstract concept of redemption, but we could care less that it was them who found it.

Television is a real breakthrough in terms of viewer-character relations. Episodic dramas and character-driven sitcoms give the viewer something slightly deeper than checking in on their best friend’s life every week. We’re not hearing this stuff second hand – we’re observing it as it happens. By the end of every episode, we understand what it is that our characters feel is most important in their lives, we understand the stakes, and we understand what our characters hopes and dreams for next week might be. In other words, we know them. And, again, we care. Which is weird. 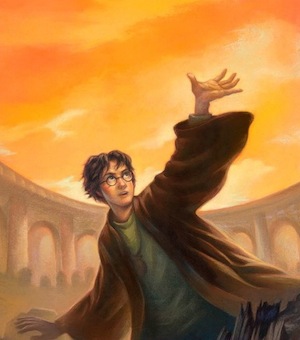 But when we play a videogame and are given the chance to interact with three-dimensional characters, they sound like actual people and they seem to have all the qualities of a person, with a soul (aside from visually looking a little strange). They may move somewhat robotically and their face may animate in weird ways, but we still see them as living and long for them to be all right.

This is because we spend a lot of time with them, not just watching but participating. In the more ground-breaking games, we participate in their mundane moments. When the action lulls and there’s nothing left to do but talk, we have an opportunity to get a more full idea of who they are.

But still, it’s creepy right? If anything, it inspires me to do more to experience similar moments with my real-life counter-parts. I want to participate with them in the mundane moments, and I want to be as active and thoughtful in those moments as I am when I interact with The Walking Dead’s Clementine. There may not be zombie apocalypse level stakes, but reality is on the line.

Walking Dead: The New Frontier Makes You Feel Like A Proud (Or Disappointed) Parent