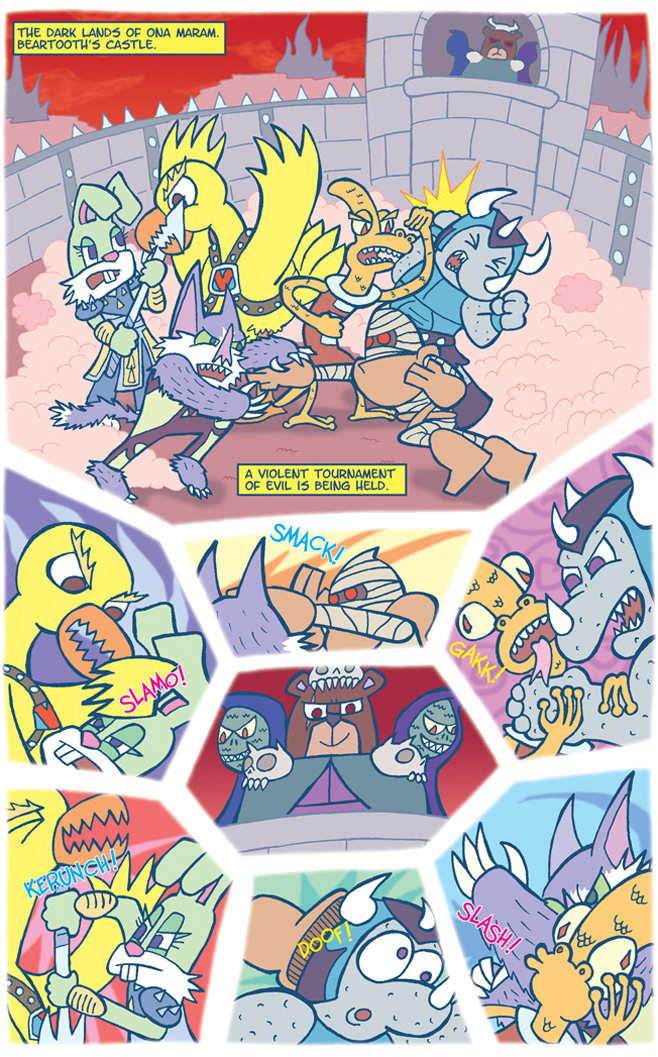 There are a few old school Mark characters here. Beartooth and that green rabbit appeared as villains in my Frog comic I drew as a kid. The mummy-looking Zage appeared in a comic I did entitled, O*MAN. The cat creature is based on my cat, Yoshi. The giant yellow bird beast… any guesses on my influence for that one? Big Bird.

Getting To Know You