Last week, as I do on each New Year’s Day, I named my Album of the Year.

The winner wasn’t any more noteworthy than previous ones, and only a handful of people, at best, care very much about my pick anyway.

But there was something special – shocking, even – about my choice this year:

For better or worse, a fun bit of nonsense I started when I was 15 years old has lasted 20 years.

My friend Steph, who has known me since winner No. 2, could scarcely believe it; my mom was stunned to learn she has a son old enough for a 20-year tradition. 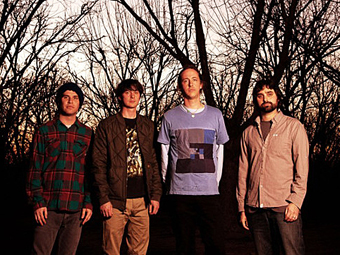 But the award isn’t about the “best” album from any given year. It’s about the one that means the most to me. And because I’ve stuck with it through happiness and heartbreak, at home or on foreign soil, through up years and down years, I now have a list of albums 20 strong, each with a name and a date that instantly brings me back.

The 1993 winner inspired it all. The 1994 winner remains my favorite album of all time, its outcast status long inspiring my affinity for less-loved records. The 2000 winner takes me on a car ride in Poughkeepsie with my little sister, while the 2001 winner has me sitting on a snowy windowsill in Prague and riding the tram through the city in a blizzard. The 1995 winner is about my first love; the 2006 honoree recalls another; this year’s champ is all about my newest.

Like any good tradition, my Album of the Year reminds me, in the face of seismic change, who I am and where I came from. My passion for music, if not the quality of my picks, has stood the test of time; it has comforted me and thrilled me, traveled with me across the world, and been a common denominator among the many iterations of myself – fat and skinny, hopeful and fearful, lost and found.

I love sharing it with others, and maybe that’s why some of the criticisms have stung at times. Unlike when I was 15 and every declaration of taste was gospel, I no longer want everyone to agree with my pick; I just want friends, new and old, to be a part of the process.

Whether it be the year I announced it in the back seat of a car, or at one of my old Album of the Year parties, or as it I do it now, with a post on my oft-ignored music blog, every record becomes more and more about the people who have come and gone over the past 20 years – the people who have known me as one Matt or another, and the people who have grown and changed alongside me – and the many moments in time we’ve shared, with music as the soundtrack.

It’s been an awesome ride. And whether it means I’m overly sentimental, or that I simply refuse to grow up, I hope to do it for at least another 20 years.

If you don’t feel like clicking the link at the top of the story (or don’t recognize the artwork above), Matt Marrone’s 2012 Album of the Year was Animal Collective’s Centipede Hz. You can follow the Rookie of the Year on Twitter @thebigm.