It is true. To really know a city you must experience it on foot. You must walk its streets, smell its smells and rub shoulders with its denizens. Los Angeles, the biggest city that everybody agrees to hate, earned its bad rap because the sprawling metropolis cannot be grasped by a mere pedestrian. To know and love L.A. you have to drive. Unlike most major cities the place isn’t a man-made honeycomb, a stack of human dwellings in a teeming, orderly grid. Rather, it is a collection of interconnected neighborhoods, communities and enclaves woven together with strip malls and pockets of industry. To navigate this odd cluster of villages you need wheels.

When my feet were on the ground of Los Angeles, the place wound up being just as fascinating as all John Fante books and issues of Film Threat had led me to believe.

This wasn’t always so. For a time, Los Angeles and neighboring counties were connected by the world’s largest transportation line. The Pacific Electric railway, or the “Red Car,” draped San Bernardino, the San Fernando Valley and all of Los Angeles in over 1,000 miles of cheap, accessible transportation. But as the automobile became more and more popular, shared roads became more crowded and trolleys found it harder to keep a schedule. Eventually, busy Angelenos threw up their hands, bought their own cars and gave in to the tide.

I learned to love Los Angeles in a white Volvo wagon. Armed with a Thomas Guide, the go-to navigation tool for Southern Californians in the days before smartphones, I explored Los Angeles by giving myself missions. I’d pick a place I’d read about, like the La Luz De Jesus gallery in Los Feliz, find my waypoint in the pages of my atlas and set out. At my destination I’d secure my steering wheel with The Club (a sure sign of a Los Angeles noob) and set out on foot, first checking out the place I’d meant to visit. Then I’d just walk, hoping to make my own discoveries and get into trouble.

I was already set up to love Los Angeles. Years of wistful longing from the cultural wasteland of Florida had elevated the town to mythical status in my imagination, but when my feet were on the ground the place wound up being just as fascinating as all John Fante books and issues of Film Threat had led me to believe.

My early days in this place were long before Grand Theft Auto, but my methodology wasn’t dissimilar. I approached Los Angeles the way that game designers guide us in open worlds. They put a goal on the horizon, give us a reason to go there and fill the distance between point A and point B with a ton of distractions. If that friction is enough and the rewards tucked away at our goal trigger the right amount of endorphins, then we are, in the parlance, having fun. If the drive is uneventful and the destination just as bland as the miles between, then we’re talking wild goose chase. This is no way to fall in love with a game or a place. 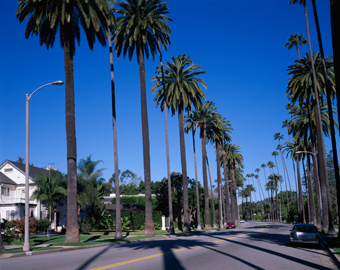 There is another way. And that’s to throw the Thomas Guide in the back seat, turn off the incessant nattering of the GPS and pull a Luke Skywalker. Just drive. Do that in a game and you might see too much. Without the mini-map drawing my eye in Driver 2’s Los Angeles I noticed that the storefronts repeated every block like the background in a Popeye cartoon. The facade would shatter, momentarily, when I realized that I was like those astronauts in that episode of Twilight Zone – hemmed into a shoddy dollhouse. Then the sirens of those police cars would remind me getting away was all that mattered.

Now, going off guide is my favorite way to explore. When I moved to Minneapolis not too long ago I explored without a plan. This was my only choice, because literature and pop culture left me with few crumbs to chase. So I climbed into our rusty Honda Civic and pushed down the major arteries of the Twin Cities, looking for hints that my people were present. I found Big Brain Comics this way and The Source, where I’d make many a good friend around the board game table. But you’re right, L.A. haters, my best taste of Minneapolis came atop my bicycle – a beat-up ride turned fixie from the dusty basement of One on One Bicycle Studio. Pedaling through the late spring sun, across ice-cracked concrete and through industrial zones turned into quirky urban art spaces, I came to understand the Minneapolis vibe. I rode alongside drunks, who lost their licenses but used bikes to retain their freedom to drink themselves to death. I rode past countless suburban yards, filled with happy kids and environmentally conscious ground cover. I learned a lot about Minneapolis on my bike, but not enough to convince me to stay there. No matter how far I pushed, those elusive endorphins never came.