The blood had barely dried inside the Century Aurora 16 movie theater when many pundits were already jumping to conclusions in a single bound.

While some critics immediately targeted Colorado’s lax gun laws that allowed suspected gunman James Holmes to purchase a Glock pistol, a shotgun and an AR-15 rifle, others have wagged fingers at the University of Colorado’s safety committee for not acting on a psychiatrist’s red flag about the 24-year-old who would allegedly go on to massacre 12 and injure 58 other Batman fans who flocked to see The Dark Knight Rises at the very first possible showing. 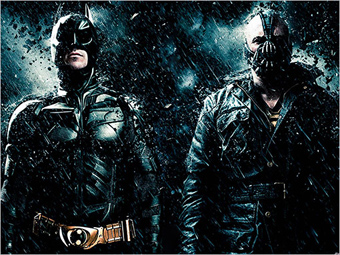 A very vocal minority, however, zeroed in on director Christopher Nolan and the big bad boogeyman that is Hollywood. After all, what further proof do they need than the fact that this madman apparently styled himself after The Joker and was specifically drawn to the final film in the Dark Knight trilogy to commit his heinous act?

One of the first salvos came from Fox News’ Liz Trotta: “The kind of violence that you are seeing in The Dark knight Rises, there is another plug for them – is really beyond garbage. It is odious, it’s evil, it is an abrogation of the principles of Ayn Rand.” (I’m not sure who appointed Ayn Rand’s bloated, preachy works the litmus test for pop culture, but bonus points for the use of the word “abrogation.”)

The Washington Times’ Charles Hurt made Trotta look absolutely Gandhian, though, with his column, an open letter to Nolan: “Your celebrations of diabolical mayhem and pornographic violence prey on the fantasies of sick, fragile minds. You insulated them from the painful reality of bloodshed. You have inspired mass murder. You are the Osama bin Laden of this travesty.”

Hollywood is, apparently, a factory of overly violent and sexual imagery created to sell $8 movie tickets that rot young minds even as the overpriced sugary sodas are rotting their teeth. There already has been hand-wringing: Harvey Weinstein, the man who helped bring Kill Bill and Pulp Fiction to the big screen, told the Huffington Post that the industry “can’t shirk our responsibility” for depicting violence on the big screen. Warner Brothers is going to re-edit the scene in the upcoming Gangster Squad that features mobsters shooting up a movie theater. DC Comics suggested retailers delay selling an issue of Batman, Inc. that the publisher worried included a scene that may be offensive in the wake of the Aurora shooting. 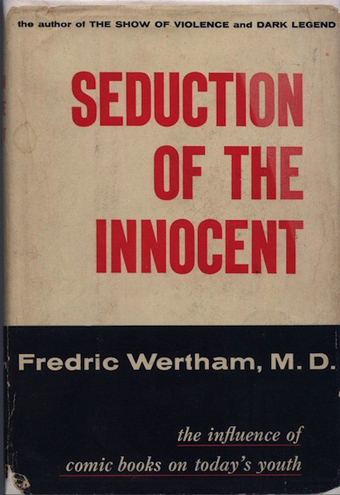 The only thing that might be worse are videogames, which some pundits were quick to tell us were responsible for the Virginia Tech massacre (only, as we later found out, Seung-Hui Cho didn’t actually play first-person shooters). Twenty years ago it was subliminal messages played on those damn Judas Priest records that drove those kids in Rio to a suicide pact (only, as we later found out, there was no such backmasking on the records). Six decades ago, comic books were behind the Seduction of the Innocent and the rise in juvenile delinquency, at least according to pseudo-psychiatrist Fredric Wertham (God forbid kids stay home and read something that captures their imagination).

On a weekend that 12 lives were extinguished and dozens more forever altered, roughly 20 million tickets were sold. Only one patron came in with mass murder on his mind. Millions of movie-goers went out to enjoy being transported to fictional Gotham City for two hours and 44 minutes. And left without even thinking about killing their fellow Bat-fans.

“It don’t think it’s any more fair to blame the movie than to blame what he had for breakfast,” says Travis Langley, author of Batman and Psychology: A Dark and Stormy Knight and a professor of psychology at Henderson State University. “If these films had such a direct causal connection to violence, you’d see this pop up in far more people than just one.”

According to police, Holmes had planned this attack substantially in advance. Plus, he watched only 20 minutes of the movie before leaving the theater to gather his weapons. Given the timing, there’s no way any one can logically argue The Dark Knight Rises influenced the committing of this act – unless you factor in time travel, but then maybe I’m watching too many of these brain-rotting sci-fi movies.

And to blame Nolan? This is a director who told me before the movie came out that he purposely inverted shots of the New York skyline – doubling for Gotham City in The Dark Knight Rises – for scenes where the city is pocked with CGI terrorist attack explosions. Why? Out of respect for the scars of the real-life 9/11 attacks. Does that sound like a man who celebrates diabolical mayhem?

He says all the on-screen terror committed by the likes of Ra’s Al Ghul or The Joker or Bane is all about catharsis for him and his screenwriters dealing with the scariness of living in this day and age of actual terror. 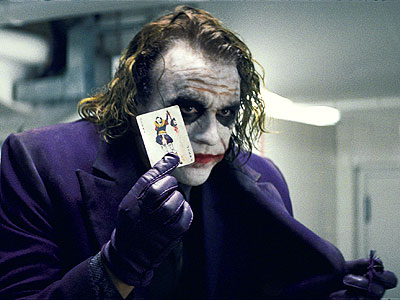 “Really these films are about entertainment,” said Nolan. “But we try to be very sincere in the things that frighten us, that motivate us, or we’re worried about.”

Surely, however, there is some effect that all the violent imagery in movies nowadays has on some susceptible minds. There are studies that show “people who are already predisposed to aggression are more likely to have a reaction to the violent imagery,” says Langley. “It does appear to have a lot to do with what’s already in them.”

So just because a few mentally unstable people get inspired the wrong way by a movie and Hollywood should water down its wares, throw the proverbial Rosemary’s Baby out with the bathwater?

Kids who are too young to see a gory, disturbing film probably shouldn’t be allowed to see it. That’s on parents, though, not on Hollywood studios, to police.

As for videogames, violent crime among American youth has actually gone down since the early 1990s, even as gaming usage has skyrocketed, according to the Entertainment Software Association’s statistics. It’s almost as if staying home and playing videogames keeps kids off the streets or something.

And Judas Priest? They just rock.

From the evidence we’ve seen so far, Holmes wasn’t a twisted Batman fan who got the idea to commit the horror inflicted inside from watching the superhero’s onscreen exploits. There were likely many psychological factors inside his brain that eventually combined to have his neurons fire in the wrong direction.

“The bottom line is that no real Batman fan would point a gun at other Batman fans and shoot,” says Meltzer.