From the way Samantha looked at my iPhone, I could tell she’d never seen a smartphone before of any brand or design. Her gaze was tenuous, inquisitive and distrustful. When I started up Fruit Ninja and showed her how to play her eyes lit up, and when I asked if she wanted a turn, Samantha gingerly took the phone and began.

Almost immediately her face glowed with a beatific smile. She was terrible at the game but didn’t care. Samantha slid her finger back and forth across the screen at a frenzied pace as the bananas and oranges and all the other assorted fruits flew onto the screen and she looked up at me, beaming, and laughed. 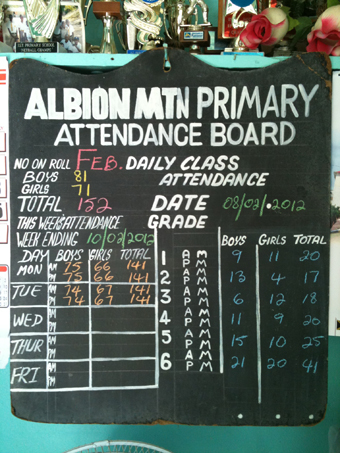 I wish I’d remembered this moment, especially when I’ve been complaining about the endings to Mass Effect 3, or not having enough time to play through my embarrassingly-large backlog of games, which I add to on a regular basis when I find good deals on discounted software. I should think more about the time I was in the back of my family’s station wagon holding a brand new Atari 2600. I was in Samantha’s shoes, then, staring in wonder at the back of the box and all the screenshots of the little pixelated tanks and planes and people, not believing my good fortune at actually having my own videogames.

It’s been a while since I had a vacation that was actually a vacation. I usually spend my days off going to videogame conferences and expos, but I did take a week off from work to go someplace tropical and beautiful this past February. However, it too was not a vacation – I participated in a medical mission trip to St. Mary’s Episcopal Church in the town of Port Maria on the northern coast of Jamaica.

My father-in-law has been co-organizing the trip for over a decade. The mission draws participants from his church outside Miami and another church in Jacksonville, Florida. They bring primary care physicians, dentists, OB/GYN teams, ophthalmologists and a full pharmacy. For three days, people literally come down from the hills into Port Maria to get some of the only medical and dental care they might receive for the rest of the year.

My wife and I had seen the pictures and heard the stories for years, and she decided it was time to accompany her father while he was still spry enough to make the journey. There was no way I was going to pass up the opportunity to have a life-changing experience, much less while sharing that experience with the love of my life, so I said I would tag along.

When you see Jamaican vacations advertised, you’re probably seeing an ad for an all-inclusive, one of the many resorts that cater to rich Americans who want to enjoy the warm water and the amazing weather and not much else. The all-inclusives are like little fortresses. Their guests tend not to wander too far outside the walls that surround the resorts and the most they usually see of native Jamaicans are the workers at the airport, resort wait staff and housekeeping. 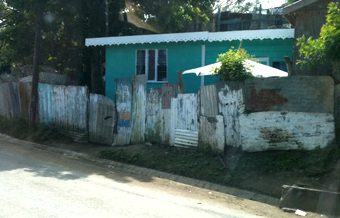 They never see the poverty that’s rampant in the country. Unless they go on a tour they don’t see the half-finished concrete houses with exposed rebar jutting out in all directions, the shipping containers converted into roadside bars, or the cobbled-together “tuck shops” where people sell fruit by the side of the road. The mission team stayed in a decent hotel in the town of Ocho Rios, about 45 minutes away from the church where the mission did its work, but it wasn’t a fantasyland like the all-inclusives.

I’m made to understand the poverty I witnessed was like paradise compared to what one might see in Haiti or parts of India and Africa. The neighborhoods we saw were definitely poor, mostly concrete homes with chipped paint on the walls, not many streetlights, if any at all, and certainly none of the amenities any American is used to. It was enough to make me realize just how goddamned rich we all are in the United States.

And also how lucky we are to have videogames. And comic books. And sci-fi movies and television shows. Hell, geek culture in its entirety is a blessing.

I’m an instructional technologist in my day job and my wife is a computer geek who was programming on a Tandy back in the day, so the two of us were volunteered to get a new computer running in the church. We were also sent up to the primary school to try to work some magic on their old computers, but they were old to the point that we couldn’t have bought the parts we needed to fix them. The primary school children, though, were just as impressed with my iPhone as Samantha was – I was met with wide-eyed disbelief as I showed them how I could take pictures and showed them where we were on a live map. I had no choice but to make a circuit through the school taking everyone’s picture once they realized I had a camera. 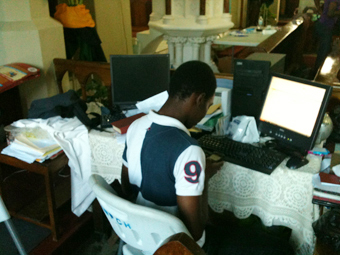 The computer in the church was maybe a decade old but enough for producing the church’s bulletins and song lists for mass. We replaced it with a relatively-new, donated IBM and, while I was setting up the new rig, I met St. Patrick. He was a member of the church youth group and the only technologically-savvy person I met on the trip.

He talked about how the other kids all thought he was antisocial because he liked computers, and he asked me how I would rate different games he was familiar with. When he took the podium in church at the Mass we attended the Sunday before we left, he talked about how he’d met a fellow technophile among their friends from the United States. I can take for granted finding like-minded communities pretty much anywhere I go in the United States, but St. Patrick was alone. We’ve kept in touch, infrequently, via email.

I met Samantha at a dinner that featured entertainment provided by the congregation’s children, singing songs or dancing in little routines. This was preceded by a meal cooked by the parish – ackey and saltfish and festival (like long hushpuppies) and greens and fruit punch. Samantha came over and sat with my father-in-law, wife and me. I had my iPhone out to take pictures and record some of the performances. When I noticed her watching me, I offered her Fruit Ninja.

How would Samantha have dealt with the “real” games I had back in the States, full-on sensory smorgasbords of 5.1 surround sound and vivid plasma display graphics and vibrating gamepads and motion-control devices? Sure, I think the ending of Mass Effect 3 was awful and enjoy dissecting it as a critic, but what do any of us really have to complain about? Even the worst videogame we could have inflicted upon us is a technological marvel.

I can’t maintain the new perspectives I gained in Jamaica on a daily basis without tremendous mental discipline, but we are wallowing in a cornucopia of media every day of our lives. While it’s still worth constructively criticizing that media when it doesn’t meet our expectations, it’s also always worth reflecting on how grateful we ought to be for having so many opportunities to express that criticism, or our joy at having all of these experiences at our fingertips.

Dennis Scimeca is a freelance writer from Boston, Massachusetts. You can enjoy his random excitations on Twitter: @DennisScimeca.