Last September, I wrote a piece for Unwinnable about my fondest SNES memories to celebrate the 20th anniversary of the system. One of these memories involved a summer vacation at Long Beach Island where I sprained my ankle on the first night and spent the rest of the vacation playing Super Metroid. Now, whenever I think of Super Metroid, I think of the week spent on the couch in the living room of that rental house, the faint sounds of summer fun outside being drowned out by laser blasts and creepy, ambient music. The more I think about it, the more items I can recall being a key part of various vacations that I’ve taken over the years. I’m going to list them off and spin a few yarns. 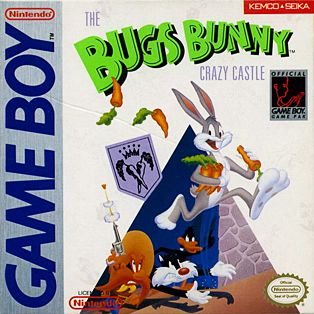 Nintendo Game Boy: Honorable mention goes to the Game Boy, for all the car trips spent being buried in a pea soup-colored world. Tetris, Arkanoid, Link’s Awakening, Metroid 2 and, strangely, The Empire Strikes Back were all favorites on those early ’90s trips. On one particular trip to Saratoga, all I played was Bugs Bunny’s Crazy Castle. This addictive puzzle game was basically an exercise in watching a crude, green-tinged black and white Bugs Bunny get killed in various ways. When you solved the puzzle by moving random items in one room, it was on to the next, and on and on. I got pretty far in it on that car trip, but after I got back from vacation I don’t think I ever returned to it. Either the motivation was gone, or I may have also been depressed that I killed Bugs Bunny so many times.

Heir to the Empire: This Timothy Zahn book set in the Star Wars Expanded Universe became a key part of a trip I took with my family to Puerto Vallarta and Mexico City in 1992. A book where the familiar Star Wars characters go to exotic, yet vaguely familiar places in the Star Wars Universe is the perfect metaphor for Mexico: an exotic, vaguely familiar, yet vastly different place. I saw beautiful things on that trip that I’ve never seen again, like giant manta rays in the wild that were as alien as anything in the Star Wars Universe was to 9-year-old me.
Mexico City, a city of former glory now covered in a seemingly eternal haze of pollution, similar to the (then) mysterious capital city of Coruscant. In Mexico City, I saw magnificent Aztec temples from lifetimes ago, almost sunken entirely into the swamp that was host to so much bloodshed. 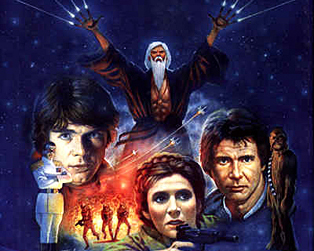 It was an entertaining read, following Luke and the gang as they dealt with the threat of Grand Admiral Thrawn and the remnants of the Imperial Fleet. At the same time in the real world, I was seeing things that I would never forget. To say the least, I was never bored on that trip!

Old Gods Almost Dead: I went on a trip with my sister to California in 2003, hitting up San Francisco and Santa Rosa, as well as Sonoma County and some of the other beautiful parts of Northern California. It was a refreshing trip in lieu of some recent stress in my life, so the reading I took with me was a light music biography about the Rolling Stones. Entitled Old Gods Almost Dead: The 40-Year Odyssey of the Rolling Stones and written by muckraking rock author Stephen Davis, the book chronicles the history of The Stones without skipping one moment of debauchery. Davis has pretty much made a career of this, having also written Hammer of the Gods about Led Zeppelin and Walk This Way, which is about that band the one judge from American Idol is in.

Since I was in Santa Rosa, home of Black Sparrow Press, I probably should have been reading some Charles Bukowski or John Fante. But no, I was reading about how many women each member of the Stones was screwing in any given decade. Probably the most interesting factoid I gleaned from the book is that demure drummer Charlie Watts developed a heroin habit in his 40s, pretty much after everyone else had kicked it! Also, original assholish lead guitarist and multiple instrumentalist Brian Jones lived out his final year on the estate once owned by A.A. Milne, author of the Winnie the Pooh books. 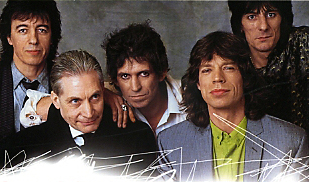 Mario Kart DS: I went on a trip with a friend to visit our other friends in Mississippi a few years ago, and this was a lifesaver as far as killing time goes – in the airport, car or even on the plane if you want to get dangerous! Mario Kart DS is an addictive good time, especially on a nighttime car ride back south from Memphis, Tennessee to Oxford, Mississippi. Overall, an awesome trip of being with friends, making and listening to music, drinking beer, seeing the sites and playing Mario Kart DS.

Childhood’s End: This was a weird one. I went to a destination wedding in Puerto Rico about five years ago and had a blast. When I would go back to this book during the downtime, however, it would skew reality in a weird angle – despite the fun I was having in Puerto Rico and at the wedding. While things were good, something ominous was on the horizon. Childhood’s End is a book by Arthur C. Clarke about a group of aliens called the Overlords, who drop numerous space ships into the upper atmosphere above all major Earth cities. While initially they are not a threat, there is some dangerous information that they are withholding. 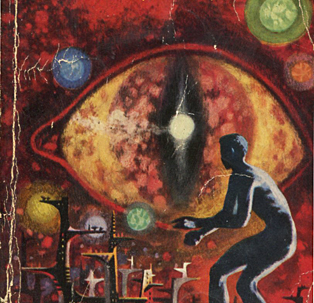 On the flight back, it seemed like half of the plane was sick; a cacophony of hacking and wheezing was the soundtrack for this foreboding tale about the fate of humanity. My father was one of these people. As the subjects of life and death and our place in the universe were being weighed by the main characters, I could feel it all around me in the unnatural place I was in. The tension created by the book was tripled by this environment, and I worried for my dad, as he could not stop sneezing and coughing. When I finished the book on the flight, I felt a brief sense of relief. Unfortunately, when a book ends it can only be reread; life, on the other hand, goes on.

The doctors said later that he probably was about to have a stroke and maybe even suffered a minor one on the trip. He had to undergo a major procedure, which saved his life, although the aftermath can still be felt today. I love Childhood’s End, possibly because I had such a vivid experience reading it, where I could feel every nervous dread emotion Clarke was trying to convey around me. Years later, I look back and am relieved that my family all made it back from that vacation.

Bonus Entry: Aphex Twin – Selected Ambient Works Volume II: I’m including an album among a list of books and videogames because of the amount of times this one has been the soundtrack to my adventures. Ambient albums like this one and those by Brian Eno have helped get me through the mundane traveling portion of trips, but they also come in handy during awesome and sometimes sublime moments. Whether I’m flying by the majestic Mt. Olympus in Washington, alone on a New Jersey beach at night while staring out at the Atlantic Ocean, traveling through a desert in New Mexico that’s covered in snow or hanging out on a river in upstate New York at 4 a.m., this album was there playing on a CD or iPod. When I listen to tracks like “Blue Calx” or “Cliffs,” a mental photo album of all of these places plays like a slideshow in my head, and it’s better than any physical souvenir.

The App Hole: What I Learned on My Summer Vacation