Some villains get a bad rap. When we meet them on screen or print we often don’t have the opportunity to hear their side of the story or see things from their perspective. Enveloped in the plot, rooting for the hero is purposely distracting. It doesn’t seem fair. So I’ve spent some time thinking about some of my favorite discredited fictional villains and, by using only what I know about them contextually, have built their side of the story in hopes of clearing their names. 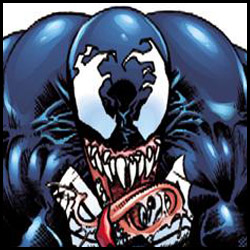 Eddie Brock – A talented photographer working for newspaper mogul J. Jonah Jameson in New York City, he just can’t seem to get the one picture he needs; Spider-Man remains forever elusive. Fueled by frustration, jealousy and the ever-growing need to make a name for himself, things take an unfortunate turn as he falls under the control of the otherworldly creature we know as Venom.

Peter Parker is  a lying, cheating, no-good hack…in the eyes of Eddie Brock. Of course it’s easy to get a picture of Spider-Man – when you ARE Spider-man! How unfair is that? All Eddie wants to do is feed into Jameson’s unhealthy obsession of painting the wall crawler as public enemy number one and put food on his table. This is how Eddie pays the bills. Angst aside, the guy is going to lose his job if he doesn’t make his boss happy; something that most of us daily grinders deal with regularly. Truly devoted to his work, Eddie obsessively tracks down Spider-Man with no overtime compensation, only to be given the gift of a symbiotic alien skin suit and newfound love for the word ‘we.’

Pigheaded and a little brash, Eddie might not be the guy you want to be best friends with, but without Venom bringing out the worst in him (literally) I don’t think he’d be a villain – just a dick. 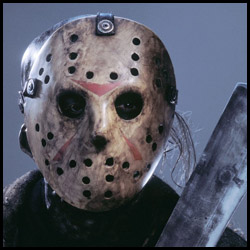 Jason Voorhees – A victim of deformity and poor camp counseling, Jason is the quintessential undead mamma’s boy. After his mother (who is a whole other story entirely) slaughters Camp Crystal Lake’s counselors in the wake of her boy’s drowning, she is axed by the sole survivor and Jason carries his mother’s torch henceforth. Touching.

So, facts first: Jason has killed a lot of people. There are probably towns in the United States with smaller populations than the collective death toll of the Friday the 13th movies. The important thing, though, is that he doesn’t know that what he’s doing is wrong. People in the real world have avoided the death penalty with this argument. We’ve seen time and again that his machete-wielding mania is due to the manipulation of his dead mother. The poor bastard keeps his mother’s head and sweater as a shrine. Freddy Kruger even appears as Mamma Voorhees in the pissed-off goalie’s dreams in order to manipulate him.

Let’s look at it this way. Mother seeks revenge for the death of her son. Mother is killed in the process by someone who represents (unknowingly) the group that she was exacting revenge upon. Son rises from the dead to now seek a revengier revenge. What better token of affection and duty can a child give to a parent? Can we blame Jason for all the murders? Yes, we can. Should we sort of feel bad for the tortured soul and give him a hug? Sure, I’ll be right behind you.

The Nazi Party – Everybody loves Nazis, right? OK, wait. I am not about to make an argument for how or why Nazis are good guys. Nothing gets me more excited that imagining Captain America kicking ol’ Uncle Adolf in the pants while Indiana Jones points and laughs and makes off with the Ark of the Covenant. Nazis were some of the most deranged and twisted figures in our collective history, and their fictional representations like the Red Skull are repugnant extrapolations of that.

Two out of four of Indiana Jones’ movie villains are, or are working for, Nazis. They seek absolutely nothing but personal gain and are perfectly reprehensible. What is interesting about this is the distraction it creates. Is Indiana Jones really a hero? His slogan of sorts is, “It belongs in a museum,” but if you’re telling me that “Unearthed by Dr. Indiana Jones” wouldn’t be mounted next to it in the display case I’d call you a liar. We’ve all been to museums, and I bet the Dr. Jones Wing of the American Museum of Natural History would be the highest trafficked. If Indy were up against, I don’t know, another archaeologist instead of a tyrannical political regime, he might be the story’s antagonist. So let’s try this again… 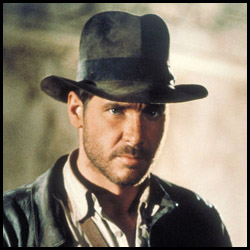 Indiana Jones – The protagonist of four movies, this adventuring archaeologist has as much in common with the typical hero archetype as a balloon does with a hedgehog. He’s arrogant, rude, violent and never learns from the previous story’s outcome; he doesn’t grow as a character whatsoever.

Most archaeologists that I know of don’t bring guns and whips to their dig sites and, if they do, they sure as hell don’t brandish them with the bravado Indy does. Where are Indy’s brushes, picks, and shovels? Where are his dig crews? He has a few rotating assistants and a distractingly attractive female in tow – not very official.

Yes, most others would probably walk the other way if they knew that Nazis were headed for the same priceless treasure that they were, and I applaud Indy for his can-do spirit, but he was seeking out the Holy Grail and the Ark of the Covenant before the Nazis were involved. He’s definitely on the shit list of every renowned and trusted scientist in his world, and is probably the laughing stock of the archaeological community too. I would love to sit in on his classroom, because his versions of the cultures he teaches about are probably hilarious.