I have a confession to make – I am a stubborn jerk.

Just ask Stu (or anyone at Team Unwinnable who’s known me for more than a week). Sometimes I get these ideas in my head that aren’t always wholly based in rational thought. These ideas evolve into codes of honor or principles. It is one such “principle” that leads me to my second confession – I refused to watch the Buffy the Vampire Slayer TV series for about 10 years.

I don’t watch TV shows based on bad movies. I never watched Timecop, My Big Fat Greek Life and Buffy the Vampire Slayer on TV. I’d add M*A*S*H* to the list, but I saw the show before I knew it was a movie. This is one of my principles (admittedly one of the silly ones).

After a decade of friends and colleagues pestering me to watch Buffy, I began to relent. Five years later, I started watching Buffy. As of this writing, I am about halfway through the second season. Let me tell you, I have never been so happy to be so wrong! And while this principle was a silly one, keep in mind it was something that stuck with me for a decade.

Never compromise. Not even in the face of Armageddon! 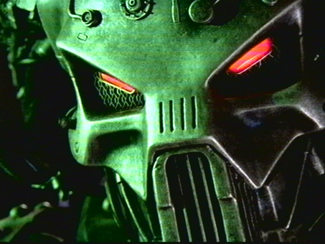 Recently, there’s been a lot of talk about principle in the comic book industry. Whether creators, pundits and fans are talking about Gary Freidrich’s legal battle with Marvel or Alan Moore’s protest of Before Watchmen or Marvel and DC’s notorious mistreatment of Jack Kirby and Siegel & Schuster respectively, the one constant thread is that, historically, both Marvel and DC have some lousy principles in regards to business ethics and the treatment of creators. It’s a debate that’s been going on for decades. Recently, Memorial and I, Zombie writer Chris Roberson announced that he will no longer be writing for DC Comics.

In an interview with Comics Alliance, Mr. Roberson said, “In the course of the last few months, things like the countersuit against the Siegel estate and the announcement of Watchmen prequels over Alan Moore’s objection made it clear to me that the treatment of creators and their heirs was still very much a concern, and that I couldn’t reconcile my own principles with the actions of the publisher.”

It’s a powerful statement. The man turned down work with the second biggest publisher in the comic book business based on principle. That is admirable and even more inspiring.

Hell hath no fury like a woman scorned for Sega.

I don’t always have the best of luck with women. When given a choice of talking about The Dog Whisperer or Game of Thrones, I always go for the latter. It’s a curse. Last year, I decided to toss another line in the water and take a shot at online dating. It worked pretty well for a friend of mine (he and his wife have been married for a few years now), so why not, right?  It’s no less embarrassing than approaching someone in a bar or a bookshop.

A few years ago, Unwinnable’s resident culinary genius, Shawn Dillon, had a MySpace blog condemning the art of Internet deception. Shawn denounced the use of trick photography men and women used in their online profile photos. He pointed out that the culprits used old photos, high angle photos, face photos, no photos below the chest, low angle photos, etc. to present a vision of themselves that wasn’t entirely accurate. While these deceptions and his observations about them weren’t anything new, they weren’t exactly commonplace knowledge either.

So, armed with what I’d read in Shawn’s blog, conversations I had with friends over the years and my principles, I went all in. I wound up chatting with a girl who seemed pretty cool. She liked Doctor Who, she enjoyed traveling and she would crack a funny joke as the messages went on. Sure, a few of her pictures were taken from higher angles, but she came off cool in her messages. I decided to give it a go and ask her to dinner.

I proposed we have dinner at a local Japanese restaurant. It was a cold January night, so some hot sake was in order. I bought the sake at the liquor store and got to the restaurant a little early so they would heat it up in time for her arrival. I sat at the table waiting, praying I didn’t get sweaty palms or suddenly start farting. The door opened, I looked over and a couple came in. I turned my attention to my phone and texted Unwinnable Senior Editor, Charles Moran, about playing X-Men: The Arcade Game on Xbox Live later that night. I heard the door open again and I looked over. A woman walked in, but she was a lot taller than my date indicated and she was wearing glasses, so I returned to my game. Suddenly, I heard a voice.

I looked up and the woman who’d just walked in the door was standing above the table. 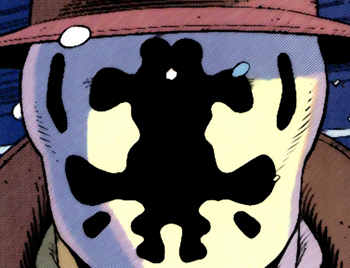 The woman presented on the dating site was 5’ 6”, curvy and presumably had 20/20 vision.

If the woman who was standing before me at the restaurant had posted pictures of herself in glasses, herself actually being closer to 5’ 9” and had not sucked in her stomach in every photo, I still would have asked her on a date because she was cute and she seemed interesting. However, the woman before me only bore a passing resemblance to the woman I’d spent a few days conversing with. Principles told me to leave.

On the other hand, I hadn’t had a date in a few months so there was that twinge of desperation tugging at me.

The phrase, attributed to Del Close, was explained to me as a way to find what in a scene would make me most uneasy and to follow that. If you have a good partner, it leads to a much more compelling scene. So, with this in mind (as well as social niceties), I decided to stay and at least enjoy the sake and Yakizakana.

I put forth a fake smile, gave her a hug, took her coat, pulled out her chair and was a perfect gentlemen. Then, I asked the waitress for some sake.

We had dinner, she told me about some time she spent abroad. I mentioned an upcoming trip to Boston. I asked her about her glasses. She said she only wore them when she ran out of contacts. Reasonable enough. She talked a lot about a Guatemalan ex-boyfriend and how they went skinny-dipping off the coast of Montauk. The sake was starting to kick in so my “brain” skipped over the ex-boyfriend thing and went right to the “naked” part of her tale. Like I said, I hadn’t had a date in a while so the mind wandered a bit.

I needed more sake. Maybe I could push that X-Men game with Chuck back to Monday night. I had to play my cards right.

As we flirted over a fried ice cream dessert, a bit of green tea ice cream squirted up and sprayed her glasses. She chuckled, quickly took them off and cleaned them with some water and a napkin and that’s when I noticed something small, something infinitesimal – two small grooves at the top of her nose. As someone who’s worn glasses since the 5th Grade, I know those grooves only come from wearing glasses daily. Yeah, how very Encyclopedia Brown of me.

Of course, people want to put their best feet forward, but doing so at the expense of the truth really bothers me. I can put away the food and it shows, so my online dating profile had photos that showed my body shape in no uncertain terms. I don’t want to waste a prospective date’s time or my time if a woman’s looking for a clone of The Situation. No, what irked me here was the deliberate deception.

When we finished dinner, we split the check and walked into the cold. 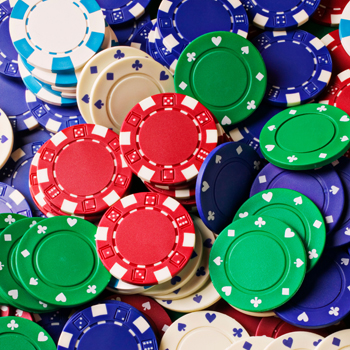 She moved in for a kiss and I awkwardly moved my head to the side and gave her a big old bear hug. No need to prolong the facade. Dinner was over and it was time to go. I gave an awkward laugh, my own last little lie and headed home – alone.

She called me a few days later. She asked what I was doing later that week and I told her that I wasn’t interested in a second date. I asked her point-blank about the glasses.

I told her that while her lie itself was a small one, I didn’t think it was wise to start seeing someone with such poor self-esteem – self-esteem so low that she, a woman in her late 20s, felt the need to lie about wearing glasses.

That was just mean of me to say.

I’ve lived a pretty charmed life. I live in middle-class America. I own a Blu-ray player. I can afford to visit friends who live across the country. I’ve never had a family to feed. I’ve the luxury to leave my employer on the pretext of moral imperative. I’ve never had any real problems. No, I have “principles” about TV shows. I have “principles” that demand I call out someone who probably needed positive reinforcement and a sympathetic ear as opposed to some bullshit righteous indignation. As the great Kenny Rogers once said, “You gotta know when to hold ’em, know when to fold ’em.” Don’t be like me. Fold that bullshit. Take a stand when it’s important and be a better person. Don’t be a stubborn jerk.

I Want My Stormwatch Love, Dammit!

Together In the Face of Death