I recently rewatched David Fincher’s 2007 film Zodiac. Following the true-life story of San Francisco Chronicle cartoonist Robert Graysmith and his developing obsession with solving the mystery of the Zodiac Killer, Zodiac is a portrait of obsession with the unknown and the havoc that obsession can wreak. The film also follows the Chronicle’s crime reporter Paul Avery and San Francisco Police Inspector David Toschi. Over the course of the narrative, their obsession with the mystery and the unknowable Zodiac Killer slowly takes over their lives in startlingly different ways. Their collective obsession starts out as a noble thing – they’re out to stop a brutal serial killer. But that old adage about staring at the abyss proves true for all three men.


When they spoke about the killer, my folks had a fear uncharacteristic of anything I’d seen in them, at least up to that point. And that fear slowly crept into my own head.

Fincher’s Zodiac dramatizes the threads the actual Robert Graysmith weaved together in his two books, Zodiac and Zodiac Unmasked. While certain real life aspects of these men’s lives were downplayed for dramatic effect (Avery died happily married while the last time the audience sees him in the film, he’s living on a boat, getting drunk and stoned, all alone). While Zodiac is only five years-old, it’s quickly become one of my favorite films. It also reflects a time in my life when my own obsession with an unknown had a profound effect on my growth. It was 1990 or 1991 and the local news reported of a new or returned Zodiac – in New York City.

As I’ve written for Unwinnable before, I grew up in suburban New Jersey and my folks brought my sister and I to New York City pretty frequently. So whenever I saw the local news (all out of NYC), I thought of it as just that – local.

One summer night, my friend Sean was staying over. We were all supposed to go to Chinatown the following afternoon, but we were staying up late with my folks to watch Late Night With David Letterman. 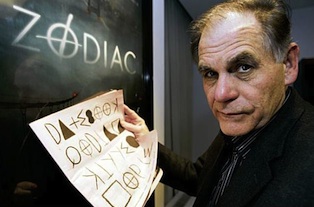 It was around 11:00 PM and we were playing a game of Hero Quest at the dining room table while my folks were watching the news. I half paid attention to the broadcast as the anchor began reporting on a serial killer in New York City. The killer claimed to be the Zodiac. While my memory is a bit spotty, the one thing I remember distinctly was the fear that struck my parents. They were talking about canceling the trip to Chinatown.

“Nobody knows,” my father said. “The police never caught him. They thought he was dead by now.”

My mom shot him a look and he said, “He was in California, across the country.”

“You boys go upstairs and we’ll call you when Letterman’s on,” Mom said.

So, we went and started rummaging through some ‘70s and ‘80s comics my Uncle Rich gave me a week or so prior. In that stack was the classic Spider-Man story “The Death of Jean DeWolff” – the story ran in Peter Parker, the Spectacular Spider-Man #107 – #110. I gave Sean the CliffsNotes version of the story: a serial killer named the Sin-Eater murders Spider-Man’s closest ally on the New York Police Department, Jean DeWolff. Spider-Man proceeds to hunt the killer down while mourning the loss of his friend. Talking about that comic didn’t exactly curb our macabre interest in the goings-on across the Hudson River. 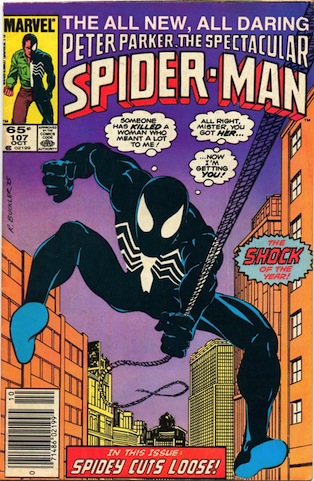 Sean was homeschooled by his college professor mother and lawyer father and they didn’t shelter him from history’s blemishes. He knew the score about things like Andrew Jackson being a motherfucker and Christopher Columbus’ use of smallpox-infected blankets way before I did. So, I asked him if he knew anything about the Zodiac Killer.

“I think he was a murderer in the ‘60s or the ‘70s,” Sean told me. “He used to write letters to the police and the newspapers whenever he killed someone. He wrote a lot of letters.”

We looked through the family copy of Encyclopedia Britannica, but it was from the early 1960s. This was pre-internet, so all we could do is talk about what little we could piece together from the blurb on the news and what Sean thought he could remember. It was enough to fuel a conversation for the hour and a half until Letterman.

We wound up going to Chinatown the following day. Sean and I prodded my parents for more information, but they weren’t very forthcoming. The only thing we could get out of them was that this killer was probably a copycat. They tried to assure us that the police would catch him soon.

When they spoke about the killer, my folks had a fear uncharacteristic of anything I’d seen in them, at least up to that point. And that fear slowly crept into my own head. If they were afraid of this unseen monster, then perhaps I should be too. So, I went all Encyclopedia Brown and went to the school library.

From 1990-1993, the Copycat Zodiac Killer terrorized New York City. In total, he assaulted eight people, three of whom died. I spent years obsessing over it, trying to fathom this unknowable thing. I checked out the encyclopedia in the library and learned a bit about the Zodiac signs. (I went to Catholic School, so the library had some slim pickings on that front.) With what I learned there, combined with what I’d learned from newspapers and sneaking peeks at the 6 o’clock news, I wondered, who was this person? Why did he do the things he did? Of course, this all started pre-Internet. My ears were alert for anything about the Zodiac, new or old. Every once in a while, my father would make a comment that the papers were reprinting 20 year-old headlines.

Whenever there was news of another attack, the newspapers were harder to find in the house. It was pretty clear early on that this was a copycat and not the infamous Northern California serial killer. I remember getting a hold of one story in the paper that detailed the Zodiac’s history. It was probably in the Daily News or the Star Ledger – the official papers of the Gonzales household. The reason for the profile, if memory served, was that one of the main suspects in the original Zodiac case, Arthur Leigh Allen, had died of a heart attack. 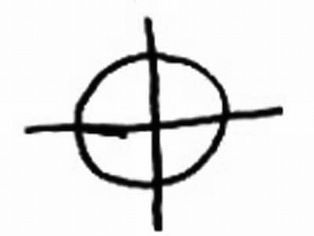 The more I info I clandestinely gleaned, the more the idea frightened me. After years of delving into this mystery, it all dawned on me. There was someone out there who didn’t care if my neighbor lived or died, if my family prospered, or if I drew another breath. All he cared about was taking another human life and taunting his fellow man with crudely written letters. That thought sank into my prepubescent brain.

That was fucking bone chilling.

New York’s Zodiac Killer was active from 1990-1993. He was eventually apprehended in 1996. His name was Heriberto “Eddie” Seda. He shot his sister in the buttocks because he didn’t approve of the company she kept. The mystery was solved and he’s serving what will most likely be the rest of his life in prison. But from 1990-1996, there was a palpable fear that a mysterious monster in New York.

Ian Gonzales is pretty freaked out from drudging up these memories. Say something nice to him on Twitter @IanGonzales.