In late January, 2012, the internet used a day of website black outs to collectively say no to SOPA, a proposed draconian law to regulate internet piracy. The protest managed to kill the proposal but, by April, a new, equally alarming bit of legislature had been introduced – CISPA. Thanks to efforts by the Electronic Freedom Foundation, that act was tabled…for a while. Unfortunately, CISPA is back. This article was originally published on April 26, 2012, but we have brought it out of the archives to refresh your memories on the dangers of CISPA. We encourage you to also read the EFF’s renewed call to action and to let your voice be heard to oppose this proposed law.

Bills that are bad for the Internet and its inherent freedoms pop up in the United States every few years. We know them by their acronyms, and after a while it looks a bit like spoons full of Alpha Bits. DMCA. COICA. SOPA. PIPA. We can now add one more to that: CISPA.

The Cyber Intelligence Sharing and Protection Act adds provisions to the National Security Act of 1947, which contained little to deal with cybercrime. To some Representatives in Congress, these provisions are necessary to preserve important pieces of American IT infrastructure and data. The problem is, as it was with SOPA and PIPA a few months ago, that the bill reaches too far. Its reach is so broad as to be nearly unlimited in scope. Scared? You will be by the end of this article. Orwell wrote books about such things.

Due process subverted with a database query…

The bill allows any private company to share any information it has on its customers with the Federal government. There are no provisions in the bill as currently written that regulate how long the government can store this information, what happens to said information once the government gets a hold of it, nor are there requirements to anonymize the data to protect third parties. Any of this can be used in the event of a “cyber threat” and the bill itself considers “theft of intellectual property” to be one of these threats. So if the government thinks you might be involved in piracy, they can go straight to their pool of Gmail inboxes, SMS messages and Facebook messages to see if you’ve ever discussed such things with anyone – without so much as a warrant. Due process subverted with a database query…

The major difference between SOPA and CISPA is that the focus is now on the end user rather than companies. As a result, a number of companies that were vehemently anti-SOPA are pro-CISPA, since it provides them with some measure of immunity from their users’ actions. Google, Facebook and Microsoft are the largest examples and the list of all pro-CISPA companies is alarmingly huge. Just try to find a cell phone manufacturer and provider combination that’s not on that list. Or an Internet provider, for that matter. Sure, there’s one in the pipeline, but they need venture capital.

On the bright side, one of the major opponents of this bill is one man with the power to put a very large roadblock up: President Barack Obama. According to a member of the Office of Management and Budget, the President is likely to veto this bill. Ideally, though, a broken piece of legislation like this won’t make it to his desk, and just like we did back in January, we have the tools at our disposal to fight this. As always, the first step is to contact your elected representatives in both houses of Congress. The Electronic Frontier Foundation, who have been rallying against overreaching electronic legislation for years, makes that as simple as typing in your ZIP code. E-mail is a good first step; 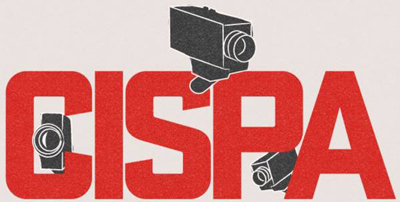 /> a printed letter faxed is better; a phone call is best, but as I said a few months ago, “be polite – the staffer at the other end of the phone is probably not going to pass along your concerns if you’re ranting and raving.“

Unlike SOPA and PIPA, there isn’t a cut-and-dry list of supporters and detractors. I know when I called my Congresswoman on Wednesday, her staff said they were not aware of her opinion, but were getting a lot of phone calls from concerned constituents who were against the bill. This is a key election cycle; everyone in the House is up for re-election. Your Congresspeople know this. With the bill set to go to vote as early as this Friday, it’s important to let them know that you know this, too. There are also a number of petitions that can be signed as well. This petition at avaaz.org is geared more towards showing opposition to the bill, but this We The People link lets the President know to stay the course and prepare for veto. DemandProgress also has this one directed at Facebook.

Sadly, there is no legislation in the works that accomplishes what CISPA does with the added benefit of sanity, and while there have been amendments to the bill meant to address these concerns, enough privacy advocates have looked at the amendments and have come out saying that they don’t make much of a difference. We already have better legislation in place, though – the due process clauses in the 5th and 14th Amendments to the United States Constitution. Sure would be nice if some of our Congresspeople remembered that.

Together In the Face of Death