In December, while much of the U.S. was up in arms over extending payroll tax cuts and the detention provisions in the National Defense Authorization Act, Rep. Lamar Smith (R-TX) was hoping his own pet project could be snuck through committee: HR 3261, the Stop Online Piracy Act (SOPA). In very broad language, in its current form SOPA requires Internet service providers to block access to websites that engage in activities related to content piracy, including removing such sites from their DNS servers (that’s what turns www.unwinnable.com into the IP address needed to connect to us), with the intention of making them, for all intents and purposes, disappear off the Internet entirely.

Once word of this bill hit the Internet, people were outraged, and moved to action swiftly. While mainstream media said very little about SOPA, sites like C|Net, Ars Technica and Gizmodo ran stories on a regular basis. Reddit members solicited campaign contributions for those running against SOPA supporters this November. And when it came out that GoDaddy was a major supporter of SOPA, many people who purchased domains from GoDaddy moved to other domain registrars. The biggest client to move? Just a little website called Wikipedia. GoDaddy reversed its stance within 24 hours. Many websites threatened to go dark for 24 hours to raise awareness of SOPA’s potential consequences. And now it looks like Rep. Smith and Sen. Patrick Leahy (D-VT), who sponsored similar legislation in the Senate (PROTECT-IP), are both moving to strike the DNS blocking provisions from both bills before either one goes to a vote.

…we cannot rest until this bill is dead. Not just crippled, not partially powered, but completely dead. Stake in the heart, silver bullet to the chest, decapitated, and burned to ashes.

So what’s the problem? The broad language of SOPA in its current form is vague enough that it could take down sites like Google, Facebook, YouTube or Twitter. Anyone who’s been on the Internet for 20 minutes knows that a carefully crafted Google search can bring up a treasure trove of pirated material because Google’s spiders index EVERY website they find. Links to many common torrent sites pop up on Twitter. I’ve seen friends post links to unauthorized movie/TV/concert clips hosted on YouTube on their Facebook pages, and I’ve done the same. While Congress and the entertainment industry are more concerned with major piracy hubs, smaller and more innocuous websites like Etsy, eBay, Blogspot, and Tumblr could all be at risk. Derivative works that feature copyrighted material are also at risk. The baby dancing to Beyonce’s “Single Ladies” that became a viral hit? Why, that kid’s parents are practically stealing formula from Blue Ivy Carter’s bottle. Those clips of A Charlie Brown Christmas set to “Hey Ya” by Outkast? That’s a double dip of copyright infringement and the feds have better lawyers than Andre 3000, Big Boi and the Charles Schultz estate combined. Jewel singing her own songs at a karaoke bar could be this generation’s “John Fogarty sued for plagiarizing himself” lawsuit. These may all be extreme examples, but without any sort of sanity checking into SOPA, one can’t discount the possibility that this could happen if the bill passes. 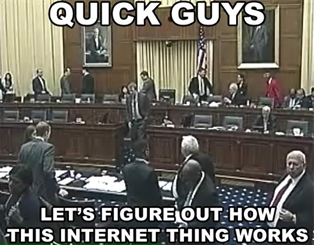 SOPA and PROTECT-IP would require censorship compliance to be bundled into current and future Internet technologies. Imagine that for a second – a network like the Internet, built without a single central point of control, with a single kill pill that could take down a site on the whim of someone in Viacom’s legal department. Or, worse still, on the whim of a totalitarian dictator in the Middle East. The irony here is that a number of American politicians have decried schemes like the Great Firewall of China as tools that destroy a free and open Internet, and praised the inherent openness of the Internet and the role it played in last year’s Arab Spring, but are only willing to do so to the extent that it doesn’t harm their largest campaign contributors.

The truth of the matter is that the entertainment industry already has tools at its disposal to deal with piracy on these sites, and if the number of videos removed from YouTube is any indication, those tools are effective. The takedown provisions of the Digital Millennium Copyright Act have been in place since 1998, and while copyright holders are required to provide adequate proof of infringing activity in these notices, some critics say that these provisions are not a strong deterrent. Under SOPA, ISPs have to act as soon as a copyright holder submits a notice, effectively taking due process out of the equation. Site owners would thus be guilty until proven innocent. It’s a pretty heavy-handed approach to the problem.

As for the DNS removal, circumvention tools for that are readily available, because they are part of the TCP/IP standard. Every consumer OS has what is called a hosts file that provides hard-coded IP resolution. Generally, the hosts file is there for local network resources that would not be seen by a DNS server, but can easily be adapted to Internet hostnames. If, for some reason, this site got taken down, all one would have to do is add the following line to their hosts file (/etc/hosts on Mac OSX and Linux, C:\Windows\System32\Drivers\etc\hosts in Windows):

…and that’s it. The good folks at Reddit have already started putting together a list of IP addresses in case SOPA passes and takes out any of a number of sites, so while putting these entries in your hosts file now is a bad idea (one never knows when an IP address will change), it’s probably a good idea to save the file for a rainy day, just in case the bill does pass with DNS blocking intact.

Vigilance is key in this case, because we cannot rest until this bill is dead. Not just crippled, not partially powered, but completely dead. Stake in the heart, silver bullet to the chest, decapitated, and burned to ashes. [Editor’s Note: After this article was written, the White House announced that it would not support the bill. We believe that is a move in the right direction, but won’t be comfortable until this thing is deader than dead.]  Even without DNS blocking in the bill, SOPA and PROTECT-IP put power in the hands of private companies that historically has been given to law enforcement and gives them blanket protection from harm should they make a mistake and go after sites that aren’t infringing. 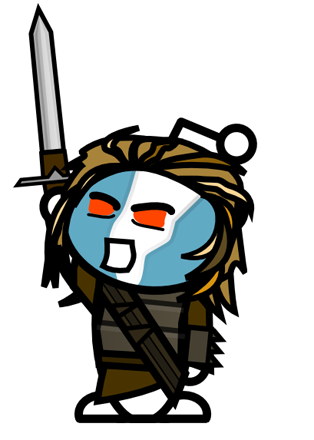 What can we do? Well, for starters, contact our congresspeople. While New Yorkers are SOL with the Senate (both Sens. Schumer and Gillibrand are co-sponsors of PROTECT-IP, but Gillibrand is up for re-election this November), a number of those in the House are still undecided. A printed letter to your congressperson is worth more than an e-mail, and a phone call is worth more than a letter. The Electronic Frontier Foundation, a group at the forefront of online privacy and advocacy, has a helpful website where all you need to do is punch in your ZIP code to get a list of your representatives in Congress and how to get hold of them. Call them, but be polite – the staffer at the other end of the phone is probably not going to pass along your concerns if you’re ranting and raving.

We can also vote with our wallets. The House Judiciary Committee has a list of companies and organizations that are supporting SOPA (PDF), so it makes it easy to decide who not to give money to going forward. Want proof that money talks? GoDaddy’s missteps are already well documented, and when Reddit members raised $15,000 for the man running against Rep. Paul Ryan (R-WI) in 48 hours, Ryan’s support for SOPA disappeared fast.

Lastly, we can throw support behind better thought out solutions. Rep. Darrell Issa (R-CA) and Sen. Ron Wyden (D-OR) have sponsored competing legislation, the Online Protection & Enforcement of Digital Trade Act, or the OPEN Act. Like SOPA, OPEN would take the Justice Department out of the equation when it comes to pursuing piracy. Instead of letting intellectual property holders have the power, though, OPEN would empower the International Trade Commission to bring copyright infringers to justice. OPEN also has provisions that protect legitimate websites, due process, and the open Internet that many politicians champion when it’s some other country breaking the Internet.

But the most important step is raising awareness of SOPA, what it means, and what its effects could be. The more people that know about its potential effects, the less likely this bill passes quietly, if at all.

Paratext: An Infinity of Lists