Go on. Fill in the blank. Pretend that I have a gun to your head and the only thing that is going to stop me from pulling the trigger is by stirring my heart and soul. Say it out loud. This meal. This game. This movie. This song. This book. This place. My friends. My job. My kids. My dog. The fall. The ocean. Drinking. Mom. Dad. God. Life. Sex. You. We say and think these things every day, but the word itself doesn’t mean anything. It barely touches on the actual feeling we seek to convey, a feeling that is as varied as the things we apply it to.

For a single word meant to describe the fundamental human pursuit, it seems woefully inadequate. 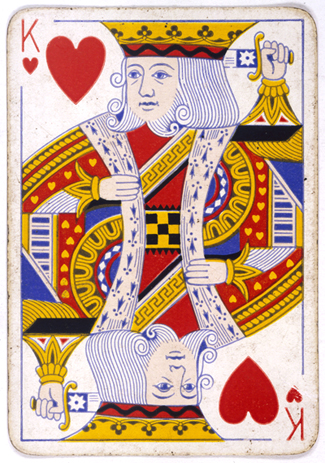 Look at it from a different angle. I detest you. When I think of you, the bile catches in my throat. You fill me with disgust. Repugnance, revulsion, abhorrence – the words that describe the opposite of love are legion. Moreover, they have an ugly nuance. Hatred and loathing describe two similar, but essentially different feelings. While I can weave you a subtle tapestry of negativity, a sonnet of love will always come across as ham-fisted and trite. The stunted language of love is the domain of sappy ballads and soap operas. This is why no one but teenage girls writes poetry anymore. This is why everyone reads Inferno and skips Paradiso.

Love is not a fundamental pursuit. If it was, our most primal instinct wouldn’t be called fight-or-flight. The world is a cold, brutal place – the top story at one point last week on Mail Online was about a leopard who befriended a baby antelope, only to kill and eat it 45 minutes later. Being a product of the same forces of evolution, mankind’s greatest talent is for finding new and interesting forms of violence and terror. We have spent thousands of years inventing swords and guns and atomic bombs. The fact that we have love as a concept at all is nothing short of astounding. Maybe, then, love is a kind of hope.

I’ve jumped from one long-term relationship to the next my entire adult life. I meet someone new and they are a spark that lights a fire in my brain. Being around them makes everything else make more sense and the excitement of getting to know someone who is seemingly so complementary to myself is intoxicating. Comfort levels rise, adventures are shared, goals are mutually supported and, as a couple, as a unit, we start to grow together. Eventually, though, it becomes a question of growing together to the exclusion of other things. So far, for me, that hasn’t made sense – sometimes I’ve been a jerk, sometimes I’ve been bored, sometimes we just aren’t as complementary as we think. Whatever the reason, my relationships have ended there, but I know there is a longer road that can be followed. Sometimes, the transition to comfort and partnership is seen as a diminishing of love, a loss of the initial romance, but I view it as an evolving timeline. So, in that, perhaps love is experience.

Some people can’t get free of their romantic timelines and wear them like a noose. Their feelings of loss are another kind of love. I don’t have that particular problem, but I do experience a kind of heartache when my one-week vacation in Gloucester, Massachusetts, comes to an end. I’ve been going up there since I was a kid. I am not sure what a quiet fishing city did to grab the attention of a fifth grader, but whatever it was, it got me to go back almost every year since. Strangely, as my needs and interests changed while I grew older, so did the experiences Gloucester provided. When I discovered H.P. Lovecraft, I also discovered that Gloucester likely provided the inspiration for The Shadow Over Innsmouth, my favorite of his stories. The English Bookshop introduced me to antique books and the countless junk shops gave me a place to hunt for oddities. When I was in high school and began to learn about photography, Gloucester gave me subjects to shoot and photographers to learn from. When I needed to escape, it became a retreat for peace and reflection. It feels like home and yet I still feel like a stranger – the line between the familiar and the mysterious is blurred. Here, love is a place.

The stunted language of love is the domain of sappy ballads and soap operas.

Over the last few years, I’ve experienced a simulated love – fictional characters are as worthy of our adoration as real people. In this case, I am referring to Tali’Zorah nar Rayya, an alien companion I met in the Mass Effect games. Over the course of the first and second installment, I came to see her as a kind of kid sister. I enjoyed her company, as it were. I kept her in my party. I sought her advice. I became protective of her and sided with her in disputes. And then, during the suicide mission that was the climax of the second game, she was shot in the head and killed. This happened, not because of some predetermined set piece, but because I made a bad decision. I carry a fair amount of guilt for her death. I had the option of reverting to an earlier save, of making sure I didn’t make the same mistake, but that felt somehow wrong. When I played through Mass Effect 3, her ghost was everywhere and her death played into every decision I made. With Tali, love is absence.

Louis C.K. does this bit in Hilarious about the way we use words, about how we call things amazing and awesome and hilarious when they really aren’t anything close. You know – hyperbole. The other night, George Collazo accused me of the same when I said I loved Asian food and he said it would be more accurate to say I really enjoy eating Asian food, or that it tastes great. Love didn’t enter into it.

I disagree. I think we need more love. One of my favorite movies (laugh if you must) is Love Actually because it looks at romantic love from just about every angle, good and bad, that could be comfortably shoehorned into one film. It treats love with subtle distinction and passes very little judgment. I think we need to broaden that approach. I think we need to distance love from the schmaltz and saccharine. We need to come up with a new language for the things that light up our brains and get us excited and make us passionate. It’s more than kisses and Beatles songs and Romeo and Juliet. Let’s throw all that crap out and start again.

Because I do love playing videogames and reading comics. I built Unwinnable with love. I love H.P. Lovecraft and weird old things. I love sitting around a table with friends, talking and drinking on a summer night. I love the smell of gasoline and motor oil. I love Ray Harryhausen movies. I love so much, so differently – I just wish I had more words to describe it with.

But then, maybe that’s the thing about love. Maybe, despite all the static, you get it anyway.

Stu Horvath would like to welcome you to Love Week, during which Team Unwinnable shall endeavor to entertain, edify and enlighten in regards to the matters of the heart. You can follow him on his Twitter feed, where swear words are terms of endearment. 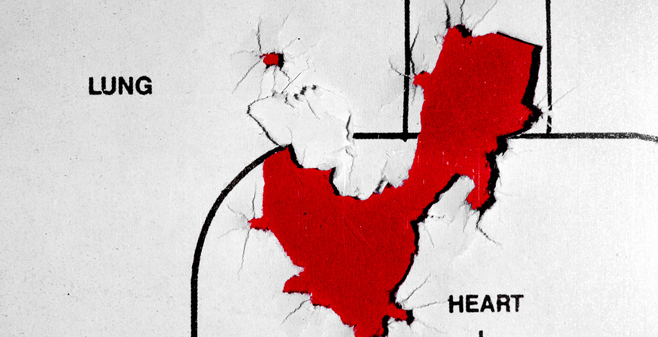