When I was a kid, there was no practical distinction between “roleplaying game” and Dungeons & Dragons. Whether through D&D’s position as the first tabletop RPG, or the domination of the market by TSR (then publishers of D&D), or because I was a kid in the 80s and it was a lot harder to find things back then, D&D was roleplaying, in the same way that a portable cassette player was a Walkman or tissues are Kleenex.

Looking back now, of course, there were many other games in the market vying for players, and I eventually played many of them, but it is impossible to argue that D&D was anything but integral to defining the conventions of what RPGs could be. Despite changes, particularly in recent years, to that definition, D&D’s legacy looms large. Funny shaped dice (Platonic solids!), maps of dungeon complexes, miniatures, sheets full of elaborate statistics that describe individual characters, one player hiding behind a cardboard screen in order to set the stage of the theater of the mind, a bunch of friends ready for adventure and derring-do – this is how RPGs have been woven into the cultural fabric. Many people, even those who have never played one, think of RPGs this way, thanks to E.T., Stranger Things and Freaks & Geeks.

This is probably a bit unfortunate. D&D, as is well known, grew out of the tabletop wargaming hobby as it existed in the Midwest in the 60s and 70s1. Wargames of that era simulated reality, down to miniscule details, through mathematical abstractions. Determining how much weight a person could carry or how quickly a sword swings through the air (and assigning a matrix of numbers to represent that weight or speed) was of great concern. Born from this, Dungeons & Dragons was similarly preoccupied with simulation, requiring knowledge of a great many rules in order to play – something that has continued to be true to varying degrees across the seven different rules sets released in its 44-year history.

Following D&D’s commercial success, many pioneers of early RPGs built on the foundation TSR laid out. All, to my knowledge, designed systems that were at least philosophically rooted in simulation, like Chaosium’s RuneQuest. Others, like Middle Earth Role Playing and Palladium Fantasy, were born out of hacking and expanding the original D&D rules. As time went on, a debate formed. On one side were those who saw RPG rules as law – to break them meant you weren’t playing correctly. On the other side were those who saw rules as guidelines, and encouraged players to use what made for a good time and ignore the rest.

This is the beginning of a tension in roleplaying games between simulation and storytelling. Think of each as points on a line. The closer a given game is to the simulation, the more rules-heavy and rigid it will be. Conversely, the closer a game is to the storytelling extreme, the more rules are streamlined and fall away, to the point that even a game master isn’t necessary. Go too far in either direction, though, and it ceases to be a roleplaying game – its arithmetic on one end and creative writing on the other. 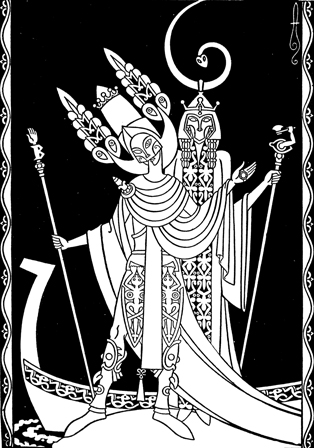 It took 15 years for a narrative roleplaying game to emerge into a distinct form, arguably with Chaosium’s Prince Valiant2. That game, based in the world of Hal Foster’s newspaper comic strip, gives characters just two statistics to manage and resolves actions with coin tosses instead of dice – the value of the stat equals the number of coin tosses used, with the majority being the result. Amber Diceless Roleplaying3 and Vampire: The Masquerade’s storytelling system pushed narrative-focused game designs forward in the 90s, paving the way to the indie boom.

In the 21st century, we have all sorts of small, narrative-focused games designed by lone individuals or small collectives. Most have moved distinctly away from the dungeon-delving tropes of the early days, chasing different experiences that would appeal to players outside the D&D norm (you know, straight white dudes).

A favorite of mine is Polaris, by Ben Lehman, a deeply poetic and tragic game about a dying society fighting a losing battle against the demons they accidentally created. It is a collaborative game, without a game master, that uses key phrases to define the action. A given scene has four player components. The Heart controls the actions of the protagonist, the Mistake runs any characters opposed to the Heart and the Full and New Moons act as moderators and handle the actions of any secondary characters – the roles rotate depending on whose character is the protagonist. The scene plays out through a sort of collective bargaining, with players using key phrases like but only if and that was how it happened and it shall not come to pass to trigger different consequences and results.

Polaris isn’t alone, of course. There are others, all with novel premises and stripped down systems that encourage creative thinking over the min/maxing of stats. There’s The Warren, which puts players in control of a family of rabbits, a la Watership Down, and In a Wicked Age, which uses oracles to randomly generate improv cues, and Fiasco, which applies a collaborative-style system to stories of crimes gone wrong in the vein of Coen Brothers films, and dozens more.

Despite this democratization of roleplaying games, I fear that years of playing D&D has left me calcified. I am interested in storytelling games but they also seem like the equivalent of doing acrobatics without a net. There is a comfort in the rigidity of D&D’s simulation: we did our 30 minutes of roleplaying, OK, good, now let’s hack up some monsters for the next two hours and get lost in the numbers. 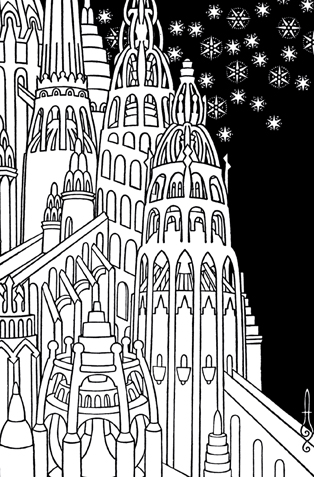 The game I am running now, Chaosium’s HeroQuest, is a storytelling game that uses keywords to define its characters and actions. If my character has the warrior keyword, he can do all the things that I can successfully argue that a warrior can do (fight with a sword certainly, read magic runes unlikely) and I can apply those skills however I like (we’re running away? A warrior has to have decent stamina, I’ll use that keyword for the contest). A numerical value attached to the keyword defines how well I can do those things. Any type of action that meets opposition is a contest and they scale according to dramatic need – a simple fight with some guards could be resolved with a single roll, while a duel with a villain could stretch out for half an hour, so long as everyone is invested in the action.

Our first session went about as well as you would expect a first session of a new game to go. But underneath the creakiness that comes with learning new rules, I sensed all of us struggling with the freedom of it all. Our game brains, collectively forged in years of D&D and honed on countless hours of board games and videogames, craved constraint. Games like this seem to harken back to something older in our histories, something more childlike and free. I fear we’re too old.

I’m a bit disappointed in myself for that, for letting those muscles of improvisational creativity atrophy so. When I first discovered Dungeons & Dragons, I was fleeing constraint – I fell in love with the idea of being able to act out stories I had been reading in ways the books wouldn’t allow. Eventually, that gave way to telling my own stories. In recent years, though, I’ve been keenly aware of how rote D&D feels: a bit more like accounting than make-believe, to be honest. I have wanted something fresh.

On the other hand, though, there’s an old DM’s truism: failure is always more interesting than success.

1.Wargames of this type have been around for a long time, though.

2. You could also argue 1987’s Ars Magica paved the way, but I find that, despite the game’s focus on storytelling, the underlying system is too complex to formally call it a narrative game.

3. Weirdly, Amber was designed by Erick Wujcik, who previously worked for Palladium, purveyors of one the most complicated sets of RPG rules ever devised, the Megaversal System.

4. The art for this essay is from the Polaris RPG. By Boris Artzybasheff, they were originally illustrations for The Wonder Smith and His Son, by Ella Young (1927).