This week’s column was supposed to be about Skyward Sword. Sorry, Stu, but instead of playing with my Wii, I spent every waking minute of my week – barring the few days I had the flu, don’t ask – endlessly tinkering, tweaking, polishing, stuffing, rearranging, syncing and otherwise obsessing over my brand-new iPad.

So I felt it was only fitting to write about it in this space, providing some initial thoughts and a few suggestions for the 3 milion-plus people who bought an iPad in its first week – as well as for those of you who do not own an iPad, or own an earlier version, and are considering taking the plunge.

For those of you who own an Android tablet, I insist you stop reading now – and just kill yourself. 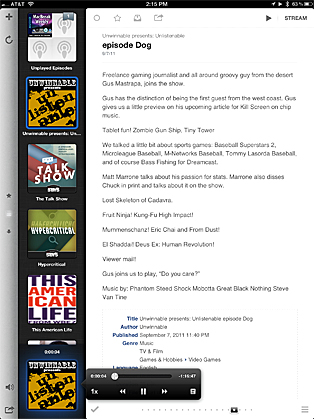 For Category 1, the answer is yes. I was in that boat myself and in my estimation, the retina display, the lightning fast LTE connection (of which I am the proud owner of an unlimited plan) and the 1080p camera, as well as the ability to seamlessly edit video and photos, made it a no-brainer.

For Category 2, I say hold off till next year’s iPad. Unless you have the money and want to spend it, generally I think an every-other-year upgrade cycle is probably about as much as you want, and certainly more than you really need.

For Category 3, it’s time to buy in. You won’t regret it. It’s hard to explain to non-believers what it’s like to interact with the device without sounding corny or more than a bit perverted, so I won’t bother. Just buy one, use it for a week, and you’ll know.

For Category 4, just to reiterate, kill yourself.

Is the screen really that cool: Yes, a thousand times yes. Seeing it for the first time isn’t like looking into the Ark of the Covenant, but the colors are richer and text looks amazingly clean and crisp. Once you’ve seen it, you won’t be able to go back.

Surprisingly, a lot of things look TERRIBLE on it. Web sites that use low-res images and icons – in other words, all web sites – really take a hit. But for a device that lives and dies with its display, it now has the best screen in my house, even putting my HDTV to shame.

Does it overheat: Mine hasn’t, but it does get warm. I never noticed any such thing with the iPad 1.

What are the essential apps: So let’s say you just got a new iPad (or bought my old one), and you have the question all newbies start with: What do I download first?

Well, it would take several Rookie of the Year columns to cover that territory (and a few of them have already), but here are the ones I use most. I’ve left off some of the more obvious ones, like Twitter and Facebook and Foursquare (oh my!) as well as Lose It!, which I’ve written about a million times, and the new iMovie, which is fantastic and you must buy as soon as you power your iPad up for the first time, especially if you fancy yourself an amateur filmmaker like most of us geeks do. I’ve also left off games and yummy video apps like Netflix and ABC and NBC and cool music-making apps like djay and Looptastic HD and real estate apps like Zillow and Trulia and Major League Baseball’s glorious app, At Bat…and on and on and on.

Instead, I have decided to focus on six sensational apps, in no particular order, that you might not have heard of, or that you have heard of but might not quite know why you need them, immediately, in your life:

Instacast HD: This is a must-have for podcast fanatics like myself, as well as for loyal listeners to Unwinnable’s soon-to-be-award-winning podcast, Unlistenable. Instacast is an all-in-one app for your podcast feeds, with full show notes and other bells and whistles, turning it into Grand Central Station for your podcasts and making iTunes podcast syncing unnecessary. But what makes it indispensable is its ability to run in the background, periodically checking your feeds for new episodes, downloading them and alerting you via push notification that a new episode is ready. You can choose to auto-download files, or just stream them over the web to save hard disk space. Either way, if you’re a podcast person, this is your TiVo.

TripIt: Probably my favorite of the group, and the one that most seems like magic. Once you have a (free) TripIt account connected to your email, all you have to do is forward your travel-related confirmation emails (flights, hotels, car rentals, tickets, etc.) to plans@tripit.com – and TripIt parses the information, neatly organizing it into folders, with confirmation numbers, flight times, seat assignments, etc. So when you’re ready to head out on the open road, all you need do is launch the app – and everything you need to know is right there waiting. Amazing.

Reeder for iPad: Flipboard might look a whole lot cooler – especially with that retina display – but I prefer Reeder, which provides a relatively simple UI to help you get to what you want – namely, your RSS feeds. There are few ways using your iPad is more satisfying than clicking one app icon and having all of your news from around the web appear in one place. I use Google Reader to set up my feeds – from friends’ and colleagues’ blogs to tech and music sites and beyond. 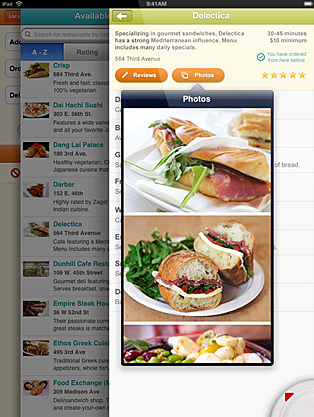 Instapaper: Wherever you are, this app lets you store web pages for easy access later. In other words, if you’re surfing the web at work and come across a Rookie of the Year column you haven’t read (shame on you!), simply shoot it to Instapaper (via an easy-to-install bookmarklet) and you can read it later wherever you have Instapaper installed. On your iPad, it becomes a wealth of material you might have forgotten you’d wanted to read and is there for those moments when you can. Apple has taken this concept and turned it into “Reading List,” which I still think is a poor man’s version of the real thing.

IM+ Pro: This is a one-stop shopping app for all your live-chatting needs. It brings together AIM, Facebook, GChat, Skype and more to show you who’s online and get you connected to them in a jiffy, all from one elegant, easy-to-use interface. You can choose to stay connected when you close the app – getting push notifications of any messages you’ve missed – or to duck off the grid entirely whenever you want. It’s a great way to keep in touch with the outside world between episodes of That Mitchell and Webb Look via the Netflix app. That’s Numberwang!

Seamless: The biggest boon to family and roommate harmony to come to the iPad: No one ever has to call for restaurant delivery again. Not only does it find nearby, open restaurants based on cuisine and rating and handle your order, special instructions and tip, but it remembers your favorite places and items so you can reorder them in a jiffy. Pass the iPad around the room, submit everyone’s order, sit back – and wait for your doorbell to ring. Best. App. Ever.

What case should I get: I use the BookBook from Twelve South, which makes it look like you’re carrying around an ancient hardbound tome instead of a modern mechanized gadget.

Are there any accessories I need: Normally, I’m an all-you-need-is-what-Steve-Jobs-put-in-the-box kind of guy. But since I’m now doing almost all of my personal writing on my iPad, I decided to plunk down the funds to get a Bluetooth wireless keyboard and an Incase Origami, which turns your iPad into a mini writer’s station. Pretty cool when you need to do a lot of typing.

Anything else: Yes, get AppleCare. It’s $99 and while you may never use it, you’ll thank the good Lord above that you have it when you need it.

Matt Marrone can also report that the voice dictation works (well, mostly). But since he employed it in writing this column, it can clearly be used for evil as much as it can for good. You can follow him on Twitter @thebigm.

Games, Rookie of the Year, Technology

Alone Together in Journey